Feast, 22, was shot to death by La Marque officer Jose Santos Dec. 9, 2020. On Tuesday, authorities announced a grand jury decided to take no action against Santos. 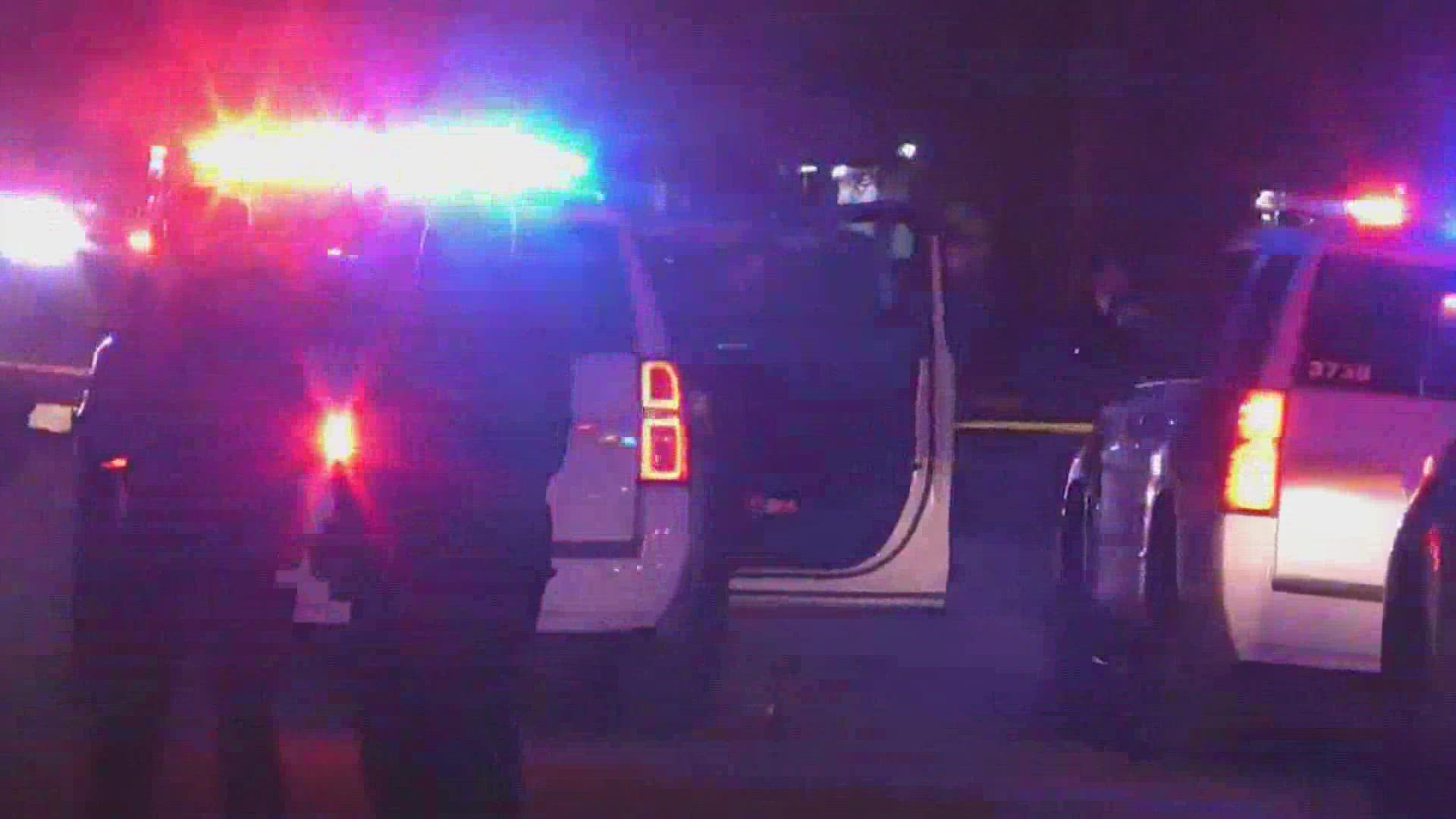 Feast was shot to death by Santos, a La Marque Police Department officer, on the night of Dec. 9, 2020. Feast later died from his injuries.

Officials held a news conference to discuss the decision at 4 p.m. Tuesday.

La Marque police said that on Dec. 9, they were able to identify a man believed to be Feast near a home on Pirtle Street.

Investigators said Feast had been a person of interest in an ongoing investigation into recent shootings in La Marque. Feast also had two outstanding felony warrants, including felon in possession of a firearm and felony evading arrest.

Santos was dispatched to positively identify Feast and arrest him on the outstanding warrants, according to LMPD.

When Santos arrived, he saw someone he believed to be Feast leaning into the passenger side of a vehicle.

On Dec. 21, 2020, officials released five minutes of bodycam footage of the shooting.

Bodycam footage shows Santos quickly exit his vehicle, pull out his gun and fire at Feast as he appears to be running away.

Editor's note: The video below is graphic. Watch at your own discretion.

"At the time the round was fired, Feast was positioned with his right backside toward Officer Santos," LMPD said in a statement.

The first 30 seconds of the video have no sound because "when Axon cameras are turned on, the system goes into buffering mode for 30 seconds," city officials explained.

But investigators said Santos called out to Feast, which we don't hear due to the buffering mode, and observed he had a weapon before firing one shot at him.

City officials claim that almost immediately following the shot, the handgun that Feast was holding fell to the ground. You can see something fall to the ground at about 30 seconds into the video.

The video then shows Feast running toward a house and then collapsing in the driveway. Feast could be heard on camera moaning as Santos called for more units.

Feast was seen on the video rolling around on the ground, appearing to be in pain from his gunshot wound. Santos told Feast to put his arms out to the side, but Feast didn't move.

"Talk to me, Josh," Santos said, but there was no response.

RELATED: 'He was a defenseless man' | Attorney says Joshua Feast's autopsy is in agreement with witness statements

Civil rights attorney Ben Crump, who represented the family,  said at the time of its release that the bodycam confirms "a defenseless man was shot in the back when he had not disobeyed a single lawful command and posed no threat to the officer."

Crump also accused the Galveston County Sheriff's Office of lying "in order to taint and twist the narrative in the press, offer a justification for Santos’ actions and untruthfully attack the character of the deceased, Joshua Feast."