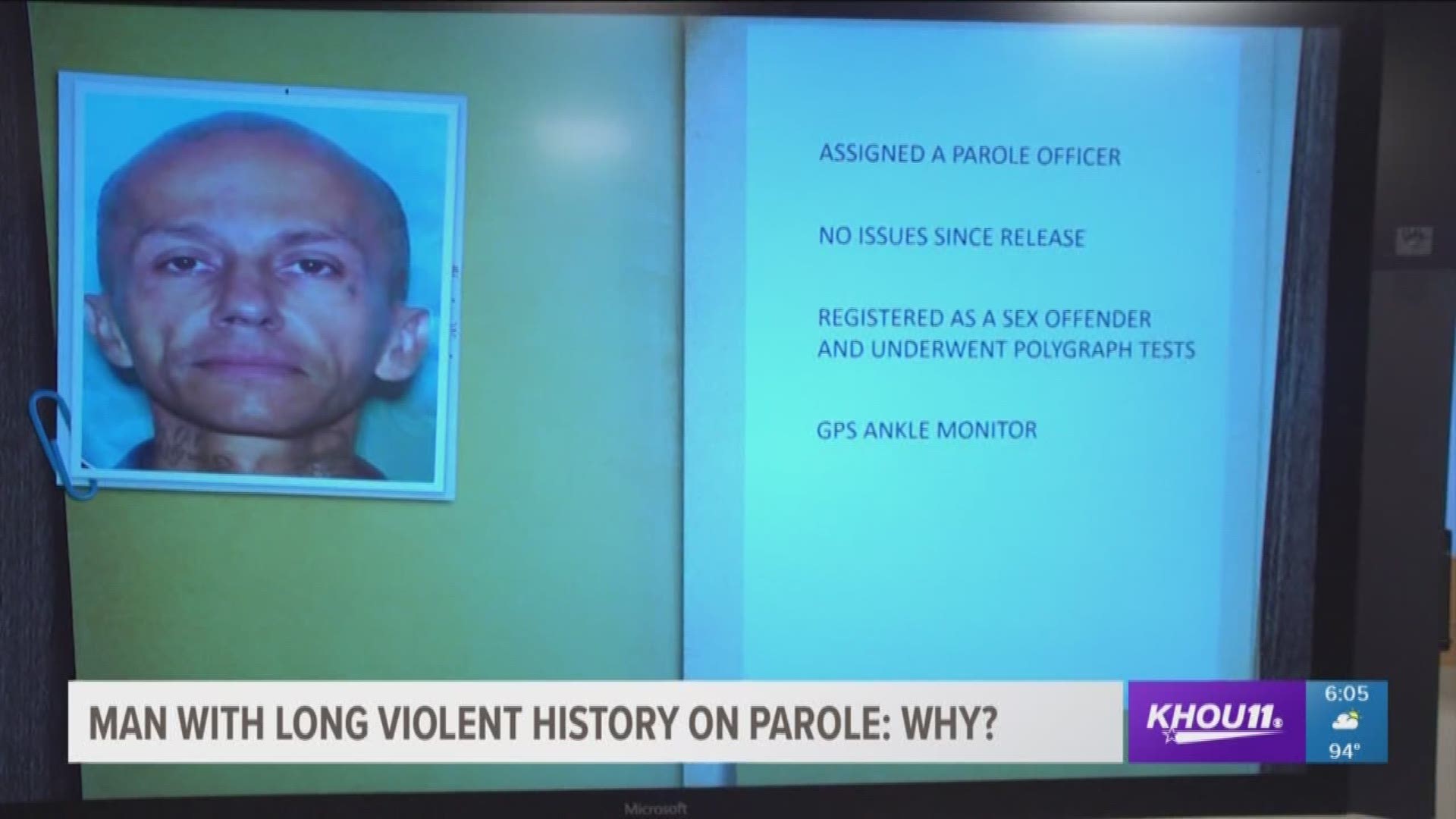 HOUSTON – Since the start of Jose Rodriguez’s alleged violent crime spree, many have questioned how or why a man with such a violent history was granted parole.

Desel said Rodriguez was released on parole under a legal mandate. He said no one decided whether or not he should be released from prison.

Rodriguez completed the sex offender treatment program in November 2016 while in prison. He was released on parole on Sept. 29, 2017.

As part of his release, Rodriguez was assigned a parole officer, who he had to report to regularly.

Terms and conditions of his release included living in a specified place approved by the parole officer.

Rodriguez was released to a Dallas County halfway house because of Hurricane Harvey.

In December he was transferred to a Harris County halfway house and in March to another home.

The TDCJ said Rodriguez had no issues since being released. He had registered as a sex offender and submitted to polygraph tests.

The TDCJ Parole Division uses monitoring devices to track offenders like Rodriguez whose offense and behavior indicate they pose a significant risk to public safety.

In the Houston area, there are over 1,200 people under GPS and Electronic monitoring.

On July 5, the TDCJ believes Rodriguez’s GPS ankle monitor was tampered with.

On July 8, it stopped transmitting. At that time a warrant was issued for his arrest.

He was arrested on July 17 after a statewide manhunt.

The Texas Board of Pardons and Paroles is tasked with reviewing cases and deciding whether or not an individual will be granted parole.

At the moment there are more than 84,000 parolees under supervision in the state of Texas.

The TDCJ reports 18,000 of those are in the Houston area. The TDCJ said 340 parole officers are in charge of supervising all of them.

Krista Gehring, an associate professor of criminal justice at the University of Houston-Downtown, said parole officers can have up to 250 clients and spread their resources thin.

Gehring said when something like this happens people shouldn’t put blame on the system.

She said many people comply and finish parole. There have been positive outcomes.

Gehring said being a parole officer is a thankless job but and needs to be supported.