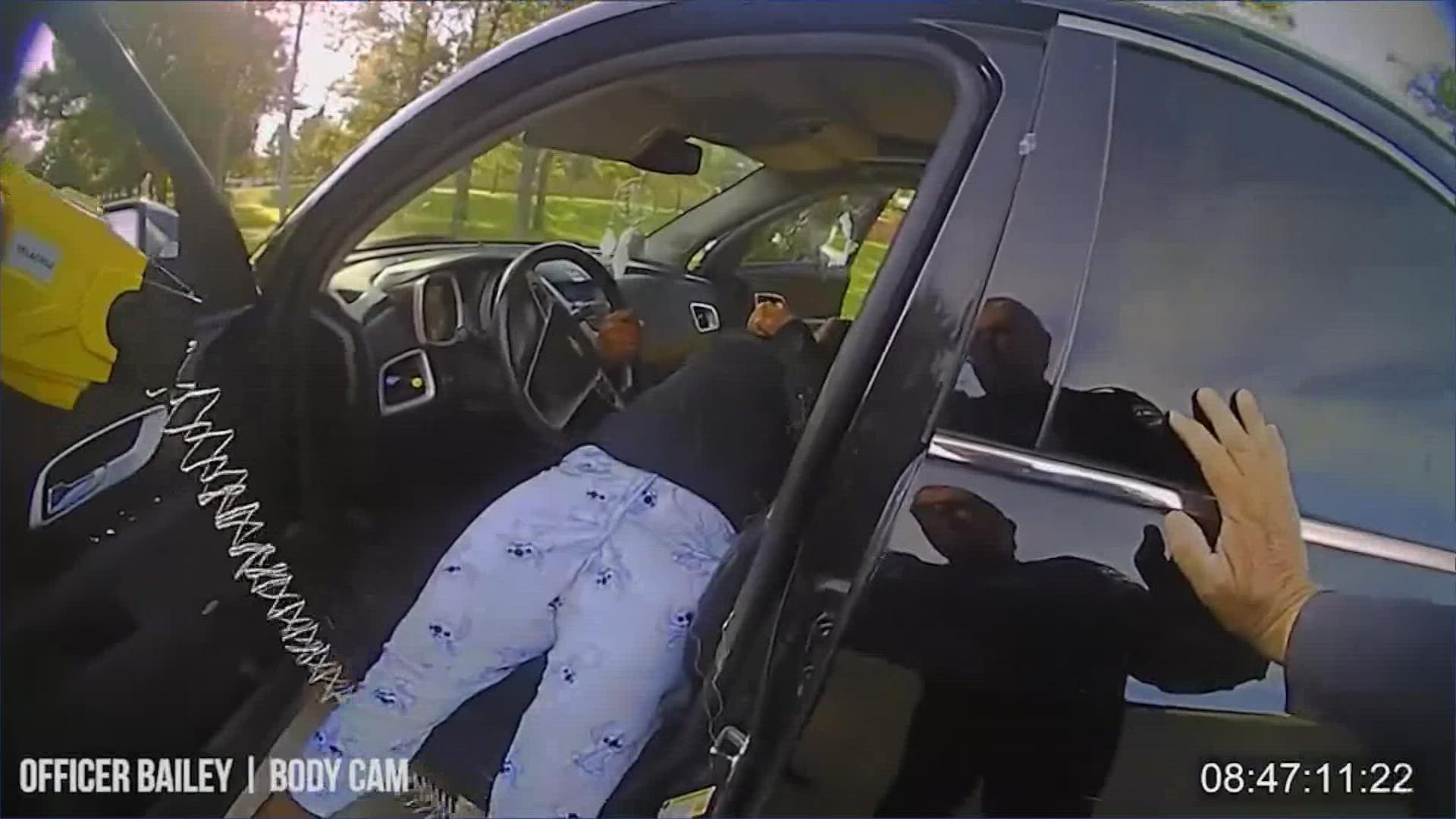 PEARLAND, Texas — The Pearland Police Department says officers who used a Taser during an arrest of a woman Wednesday morning were acting "within policy."

A bystander recorded video of the arrest, which prompted an administrative review of the two officers who took Johneisha Lewis into custody.

According to Pearland police, a review of the arrest showed that officers "provided in excess of 50 different verbal commands to the driver, all of which were ignored."

Lewis walked out of the Brazoria County Jail Thursday, one day after she was arrested for evading and resisting arrest. Her boyfriend and two children were waiting for her as she walked out.

RELATED: 'Don't do this please' | Emotional arrest of woman in Pearland caught on video

On her way out of jail, Lewis said she was looking forward to getting home to relax. But first, she said she needed to schedule an appointment with a doctor to check on her unborn child. Lewis said she recently found out she was pregnant.

According to sources, Lewis is the sister of Deon Ledet, the man accused of killing Houston police officer Bill Jeffrey and wounding Sgt. Michael Vance when they showed up to his northeast-side apartment to serve an arrest warrant earlier this week. Deon Ledet was killed in the shootout.

She said she thinks her brother wanted to be killed by the police. She said Ledet was her protector.

Pearland police said Lewis was pulled over for speeding in a school zone in the 2000 block of Kirby Drive. They said she was going 48 mph in a 20 mph zone. Lewis said she was taking her son to get donuts when she was initially pulled over.

The officers were wearing bodycams at the time. That footage is below.

"As he (the officer) approached the vehicle, the driver (Lewis) was immediately irate with him," Pearland police Sgt. Summer Neal said.

Police said Lewis drove away in the middle of the initial traffic stop. When she left jail Thursday, Lewis admitted that not stopping for police was wrong.

"I know what I did was probably terrible, and it probably, I don’t know. There are no words," Lewis said after she bonded out of jail. "I didn’t want to stop because I felt like I was going to die."

Authorities said the officer followed Lewis into a nearby neighborhood, where she stopped her vehicle a second time.

"The second time I stopped, my baby’s father told me to stop. He was, like, ‘You’re just going to make it worse,'" Lewis said.

A second officer arrived and authorities said they gave her several commands to get out of her car, but she resisted.

"I was on the phone with her when it was all happening. And was just trying to calm her down and de-escalate the situation, but with the passing of a family member that was so close to her ... I could understand the emotions that were running through her," Lewis' boyfriend, Homero Ortiz, said.

Ortiz said the last 24 hours have been extremely emotional. He said he has seen the video and didn’t like watching it. He didn’t know it existed until last night.

Police said they deployed the Taser when Lewis grabbed an officer's arm and made a sudden reaching motion to the backseat of her car.

In the video, you can hear Lewis pleading with the officers. Onlookers can be heard trying to diffuse the situation.

"I know for a fact I couldn’t breathe. I couldn’t move. All I felt was still. I felt like I could have died at that point," Lewis said.

You can then hear an officer breaking the woman’s car window while a child is crying in the backseat. You can then see officers trying to pull the woman out of the vehicle. Then you hear the sound of the Taser, and the woman saying she is three weeks pregnant. The woman can be heard mentioning her brother, saying he was killed two days ago by police.

"He busted my window. I had glass in my eye. I think the first time he Tased me I told him he was scaring my baby. He went around. He started busting my window, came back and he Tased me again," Lewis said. 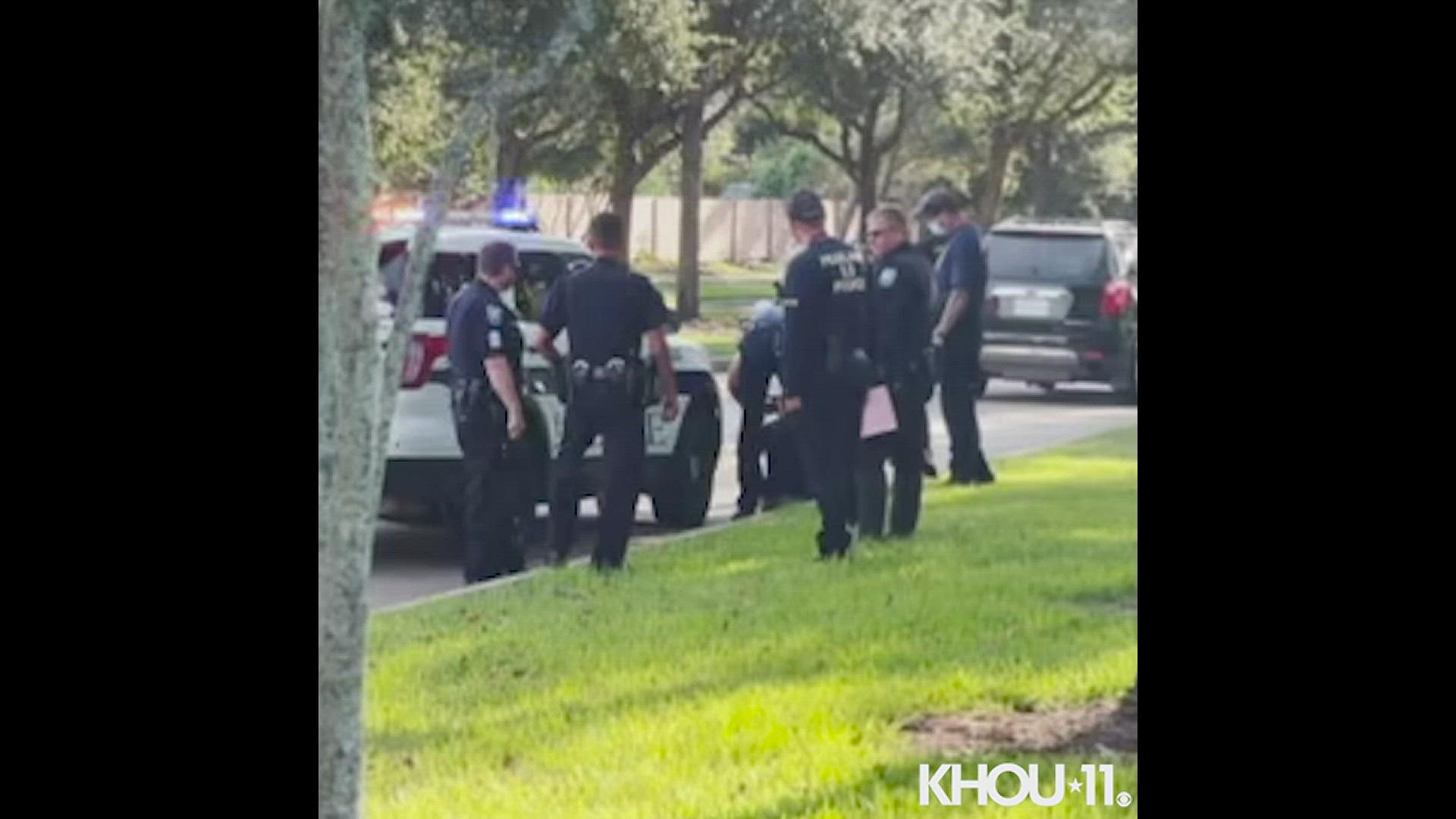 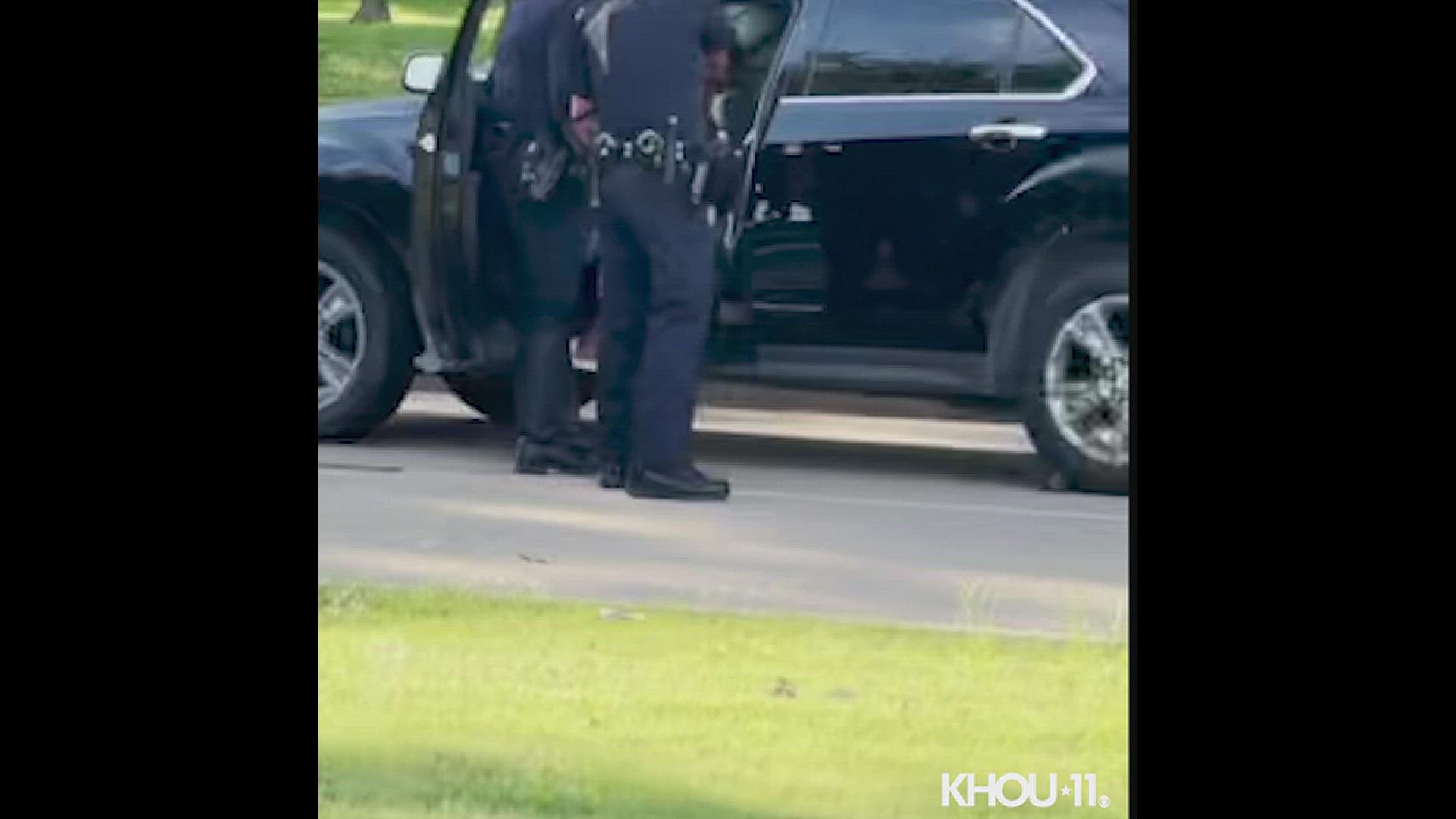 Authorities said Lewis was checked out by emergency responders before she was taken to the Brazoria County Jail. She was charged with evading and resisting arrest. According to authorities, she pleaded not guilty.

The child was released to family members at the scene, authorities said.

"We are extensively trained in de-escalation and we always try our best to handle situations without resorting to force. Unfortunately, sometimes we are not given that option and then we do what we need to do, per our training, to effect a safe, controlled arrest," Neal said.