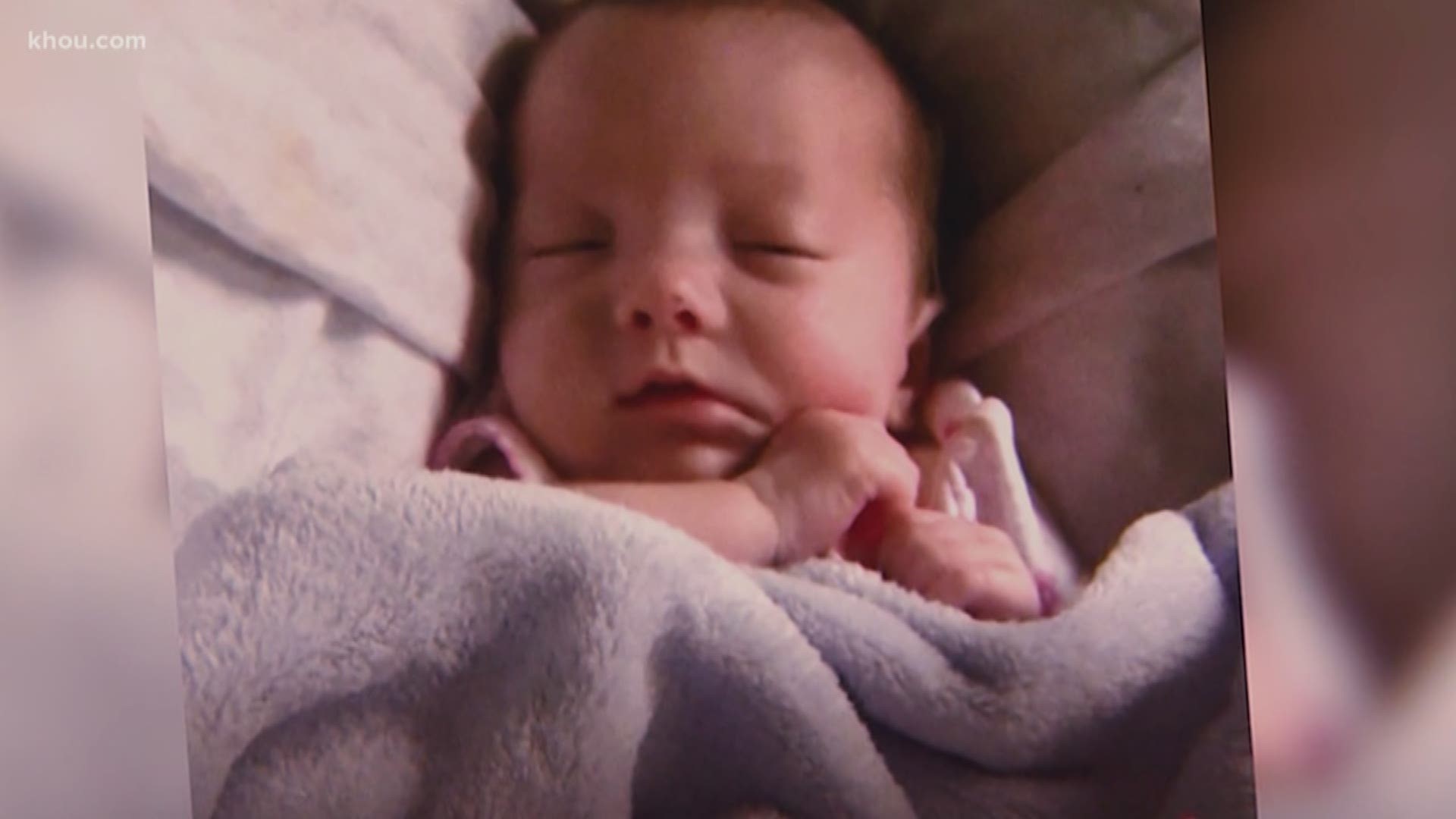 A Harris County grand jury upgraded charges Tuesday to two parents whose 2-month-old daughter died after suffering 96 fractures to her head and body.

The two are accused in the death of their daughter, Jazmine Rose Robin, in July 2018. Jazmine’s autopsy, obtained by KHOU 11 Investigates, showed she had two cracks in her skull, 71 on her ribs and 23 throughout the rest of her body. The autopsy also noted her brain was “markedly liquified.”

Jazmine died because both Robin Jr. and White hit her and White shook her in a way that was “clearly dangerous to human life,” according to court records obtained by KHOU 11 Investigates.

“If he did it, if she did it, if they implemented the death penalty, it wouldn't hurt my feelings,” said Jason Paul Robin Sr., Robin Jr.’s father and Jazmine’s grandfather. “I love my son, but he took away something I never got a chance to love.”

The couple was arrested in June. Robin Jr. was originally charged with murder and White injury to a child by omission. Robin Jr. is currently in the Harris County Jail and White is free on bond after their arrests in June.

Credit: Courtesy: Robin family
Jazmine Rose Robin was only 2 months old when she died. Her parents are charged in connection with her death.