'It woke me up' | Hempstead man offers unique suggestion as DWI cases in Harris Co. jump by nearly 2,000

In 2019, there were 15,850 cases of DWI handled by the Sheriff's Office. 31 were cases of intoxication manslaughter. 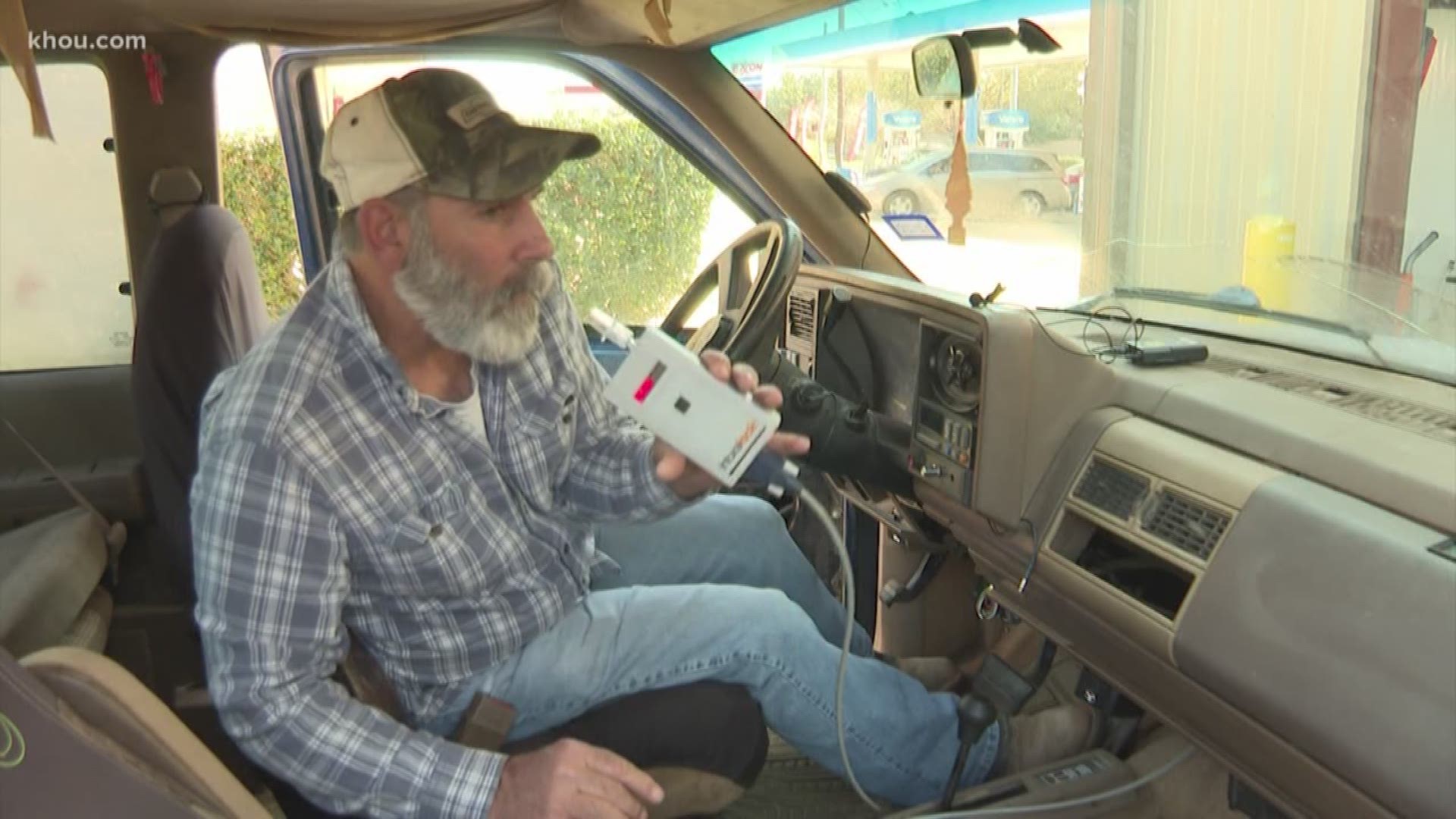 HOUSTON — The drunk driving problem in Harris County is staggering: it leads the state in DWI fatalities, according to the latest data from the Texas Department of Transportation.

Harris County also leads the state in alcohol-involved crashes, according to that same data.

Houston Police Department numbers for DWI cases were not immediately available, but Harris County Sheriff's deputies responded to 15,850 cases in 2019, up 1,717 cases from 2018. 31 of those cases in 2019 involve charges of intoxication manslaughter. 77 were intoxication assault.

"And those are the ones that we catch, and maybe the numbers are high because we’re doing more enforcement," said Sheriff Ed Gonzalez.

Several people have been killed in Harris County in the week of Feb. 3, including a case where a suspected drunk driver hit and killed another man riding a mobility scooter.

"This city, this county, and this state are the worst in the union as it relates to people dying from DWI," said Houston Police Chief Art Acevedo. "It angers me, and it should anger most Houstonians."

RELATED: 'My daughter never, ever had a choice' | Houston family praying after victim allegedly hit by Deputy US Marshal in San Antonio

One of the most common punishments for convicted drunk drivers is having breathalyzers installed in their cars. The device will not allow the car to start unless the driver can blow a satisfactory sample that indicates they are not under the influence. Many now come equipped with cameras that take a picture at the moment the breath reaches the tube in order to prove that no false sample is provided.

“We get all kinds of stories when people come in to get a breathalyzer installed in their car," said Alex Santos, owner of Mobile Innovations in Katy.

His shop is one of the state-licensed businesses that can install breathalyzers. Santos said simply to rent the equipment costs $85 per month, plus $25 for monthly calibrations. Installation fees can go as high as $275 at his shop.

“One more (breathalyzer) gets in, that could be another life saved," Santos said.

The equipment changed Fred Cecchine's life. He got a DWI two years ago, and said he has not had a sip of alcohol since his arrest.

“It woke me up. It scared me," Cecchine said. “Every time I turn on the news, I see somebody getting killed – innocent people. Children. It’ll stay on your mind the rest of your life if I had killed somebody."

People are calling for change. On Facebook, some suggested increasing charges for a driver who kills someone while drunk to be increased to capital murder. Others suggested adding roadblocks. One of the overwhelming messages was disappointment around people getting out on bond.

"Despite all the warnings, public awareness and educational programs, people will still get behind the wheel of their vehicles while intoxicated," Harris County Sheriff Ed Gonzalez wrote on Twitter.