The Harris County Sheriff's Office said on Friday they were called to the home of Pamela Johnson on the 1200 block of Bent Pine Drive after family members were concerned about her whereabouts. Family told deputies they couldn't reach Johnson Thursday. 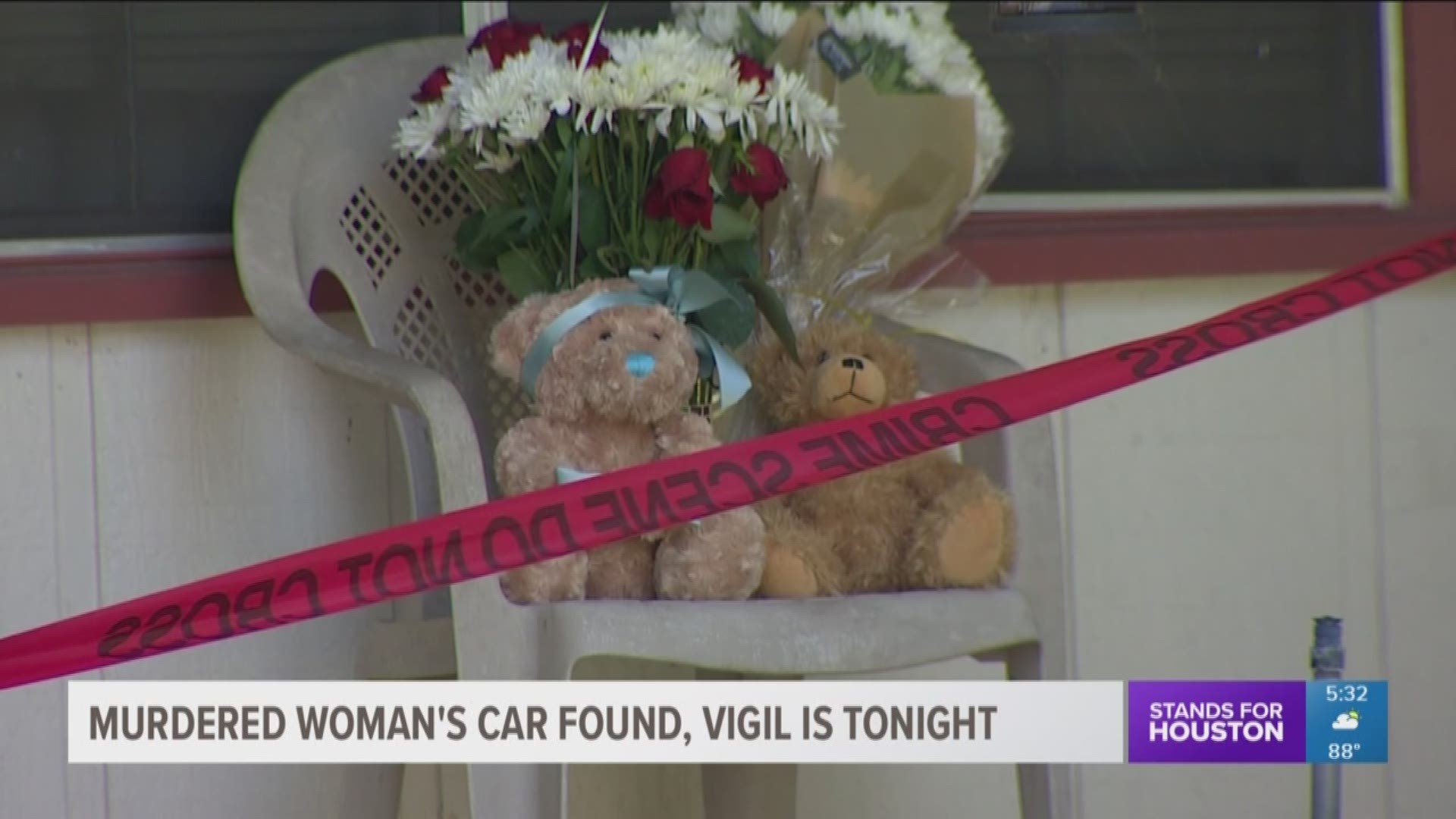 They are looking for a man seen on video parking the victim's 2004 PT Cruiser at Willowbrook Mall.

A citizen reported seeing the vehicle abandoned in the parking lot, according to the Harris County Sheriff's Office.

Mall surveillance video showed the man walking through mall and exiting through the opposite side of where the PT Cruiser was abandoned, according to the sheriff's office.

Investigators held a press conference Sunday night asking the public for help finding the man seen in the video.

The Harris County Sheriff's Office said they received a call around 9:30 p.m. from a citizen who said they saw the vehicle parked at Willowbrook Mall.

The vehicle has been seized and is being processed, according Thomas Gilliland, a spokesman for the HCSO.

"I hope there’s evidence in there that leads them to this degenerate," said Johnson's neighbor Ross.

Neighbors say they had a strong relationship with Johnson, who lived on a corner lot along Bent Pine Drive for more than a decade.

"She would come over and just surprise us with a big ‘ole plate of homemade cookies," remembered Ross. "About two days a week we would bring her dinner, because she was a widow, struggling. You know, to keep that nice house."

On Friday, deputies were called to Pamela Johnson's home on the 12400 block of Bent Pine Drive after her brother tried numerous times to make contact with her. Gilliland updated the media during a press conference Friday night and said Johnson's family tried and failed to reach Johnson by phone on Thursday.

Gilliland told KHOU 11 News, investigators discovered some valuables, like her television, computer and jewelry, are missing from her home.

Johnson lived by herself and neighbors say had a difficult time hearing clearly. Deputies say that could make a person more vulnerable to become a victim of a crime.

Neighbors, like Cameron Kendrick, say they're saddened, stunned and angered by the news. "She was just a really nice lady. Real good neighbor," said Kendrick as he mowed his yard. His parent's home is next door to Johnson's.

"She’d just sit in the driveway and read her bible or do yard work. I mean, that was really her only routine that you could bet money on every day."

Neighbors have provided investigators with security camera footage from their homes. They are hoping this leads to finding Johnson's killer.

"Because you see this on the news everyday," said Ross. "But it’s always on the southwest side, the northeast side, it’s always away from us. And now it’s right here. In Cypress."

A community vigil will be held Sunday night at 9 p.m. outside her home.