The body of 33-year-old Janae Gagnier, who called herself “Miss Mercedes Morr” on Instagram, was found at her home on Sunday. She'd been strangled. 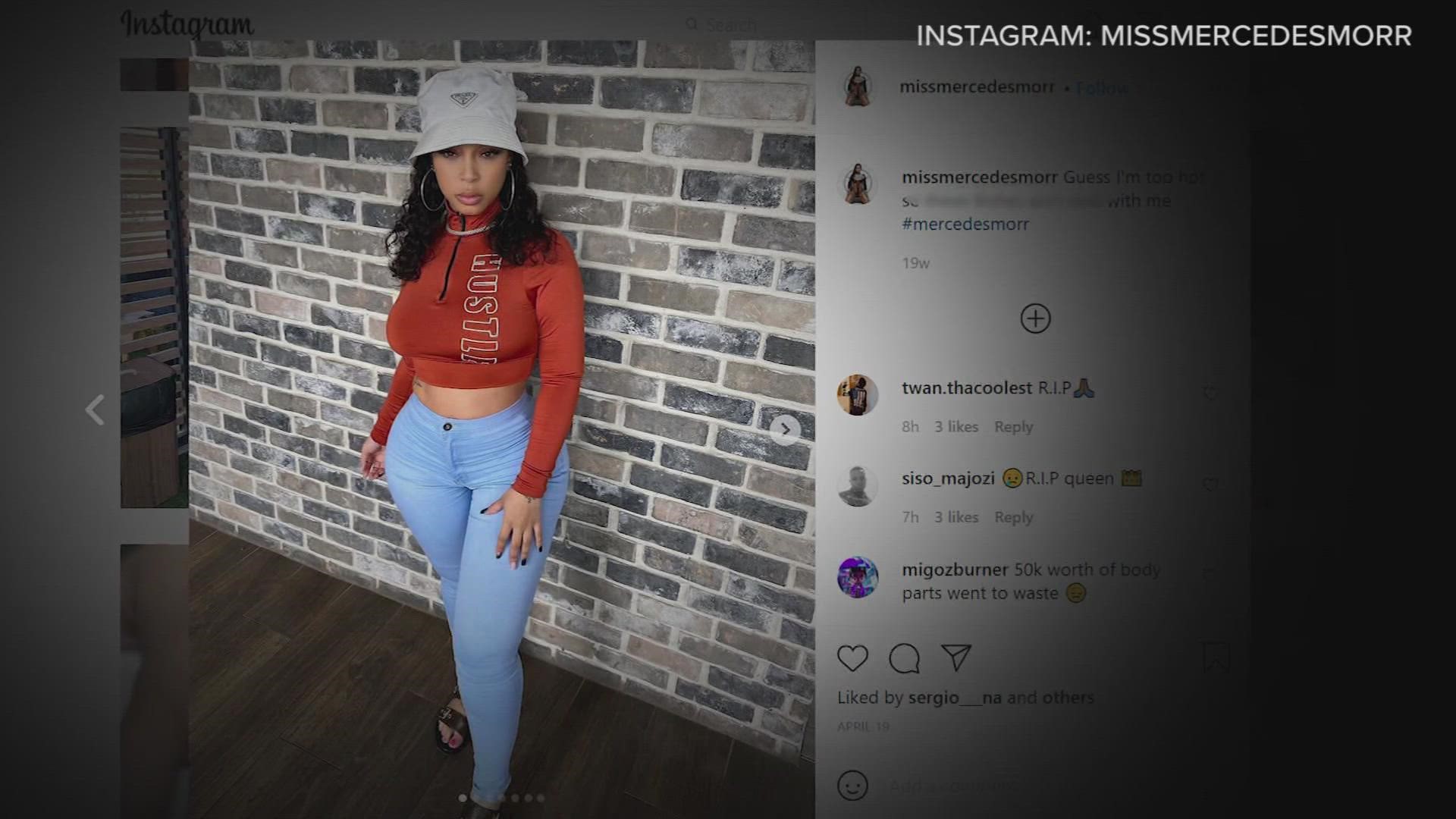 RICHMOND, Texas — A popular Instagram model was killed over the weekend in an apparent murder-suicide, according to Richmond police. The Fort Bend County Medical Examiner said 33-year-old Janae Gagnier was strangled.

Gagnier's body was found in her apartment Sunday when police were asked to do a welfare check.

Officers also found the body of a man suspected of killing Gagnier in the apartment at 5200 Pointe West Circle. Police later identified him as 34-year-old Kevin Alexander Accorto, from Florida. The medical examiner said Accorto killed himself with "multiple sharp force trauma."

Gagnier called herself “Miss Mercedes Morr” on Instagram where she had 2.6 million followers.

"Yesterday was the worst day of my life .. my heart is gone. My soul is gone," Gagnier's sister posted on Instagram.

BREAKING: Strangulation is the cause of death for Instagram model Janae Gagnier known as Miss Mercedes Morr. According to the Fort Bend County Medical Examiner, her death has been ruled a homicide. #KHOU11

The sister said she and her mom checked on Janae last Thursday and she told them she was having "an amazing time."

"I’m so happy we said we loved you. I’m so happy I got to see your face one last time," the sister posted.

"At this point in the investigation, it is not believed that there was a relationship between the suspect and the victim," police said. "At this point, this is being considered a murder/suicide and it is an ongoing investigation to determine motive in the case."

“We pulled in while everyone was still here and people were grieving," neighbor Carl Krueger said.

“This lady did pass away, she was killed and that’s really all we know," neighbor Field Ledford said. “Certainly we are going to be praying for her family. It’s a tragedy for the whole community."