The suspect crashed into at least two cars, including an HPD patrol unit. 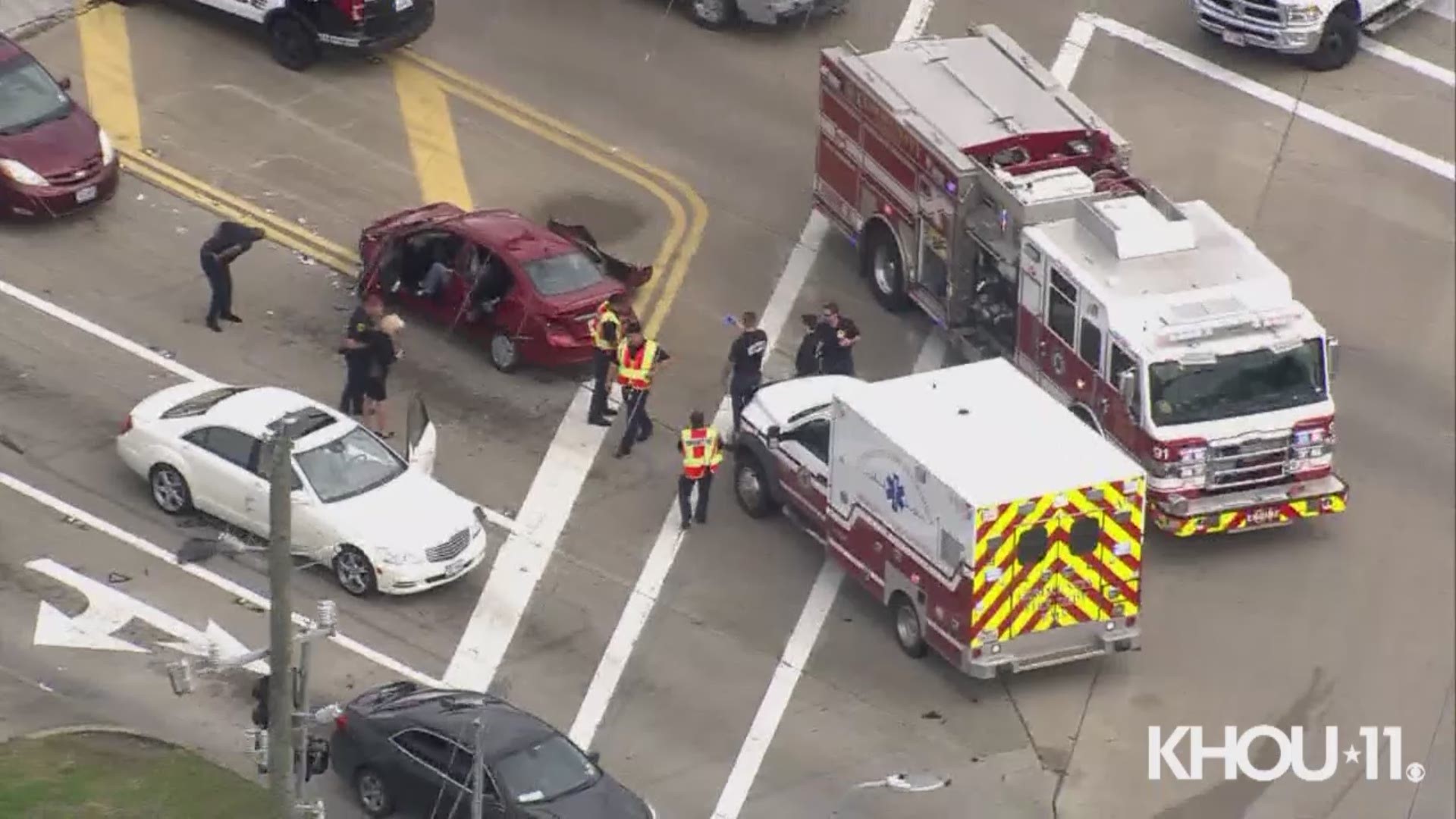 HOUSTON — A police chase ended in a violent crash in west Harris County Wednesday afternoon, sending one person to the hospital.

Police say they tried to stop the driver of a black Dodge Charger around 12:15 p.m. but he took off.

After a brief chase, the Charger crashed into at least two vehicles, including an HPD patrol unit.

A person in the other car was taken to an area hospital by ambulance.

The suspect was arrested at the scene.

The crash happened near the intersection of S. Barker Cypress and Westheimer, not far from FM 1464.