Remembering the Escaños, the family of 4 found dead at their burning SW Houston home

Family, friends and neighbors gathered for a vigil Monday evening outside the home on Imogene where a family of four was killed. 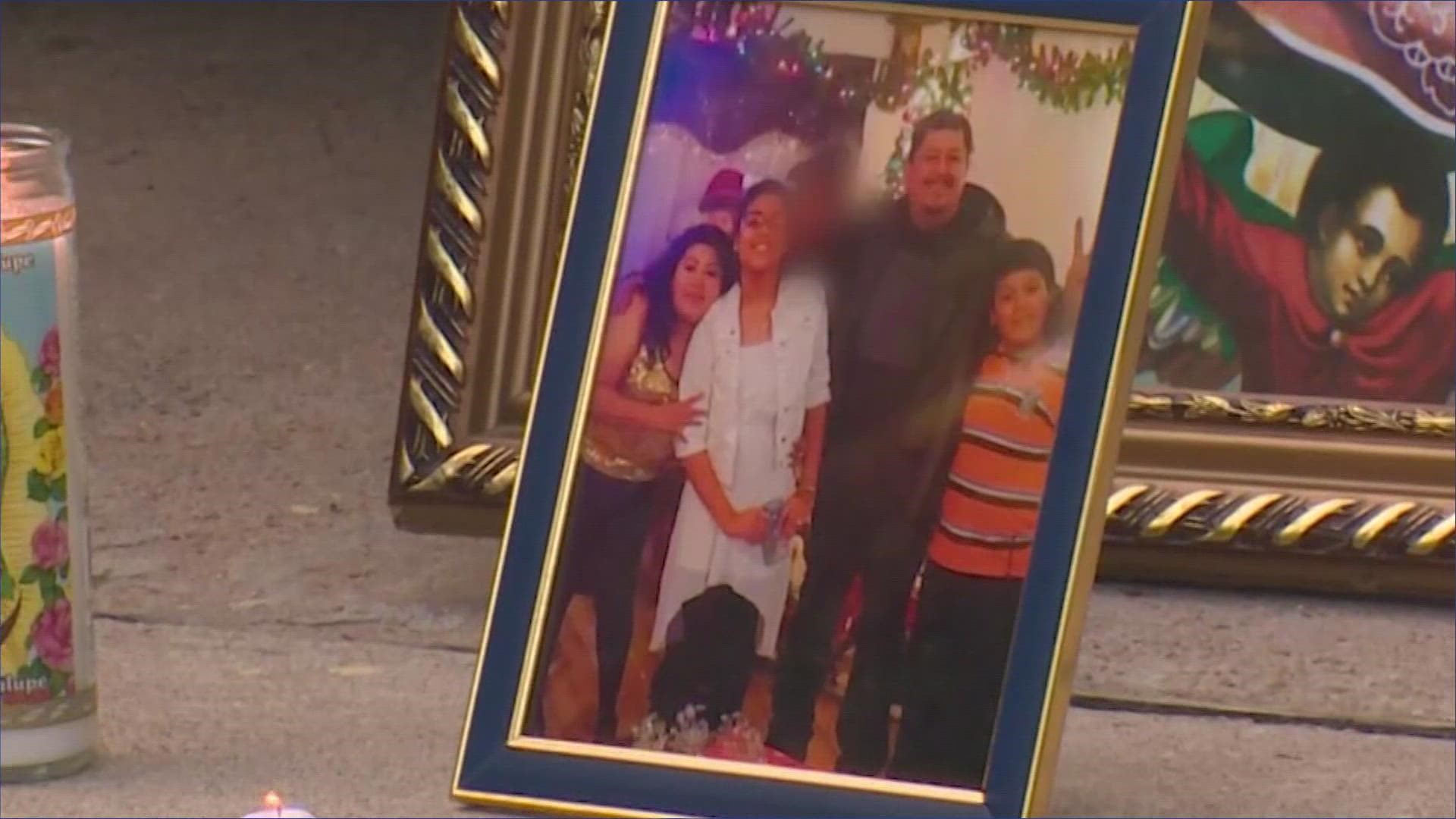 HOUSTON — Family, friends and neighbors filled the street Monday evening to remember a family of four that was found shot to death inside their burning southwest Houston home last weekend.

Houston police said they don't think it was a random act and are investigating it as a domestic situation. It was Sunday morning when the family was found dead inside the burning home on Imogene.

In the meantime, family members are waiting for word of an arrest and praying for justice.

Jairo Escaño and his wife Elvira and their children, 13-year-old Isabel and 10-year-old Jairo Jr. were the victims of the crime.

The family said Jairo Escaño sold goods at a local flea market. The yellow truck he used to sell furniture, mattresses and clothes for more than a decade is still parked in the driveway of the home where his family was killed.

“Every morning, my dad would see them, like, 6 a.m. in the morning Sunday, Saturday, they were going. That’s when he said something was weird, he didn’t see the yellow truck move out," neighbor Freddy Lara said.

Family members said they think Escaños could have been killed days earlier, but police have not released a timeline.

While police continue to investigate, the family said they will not sleep well until the killer is caught.

“I’m fearing for my family, as well. He’s still out there with a gun," Moreno said.