Abandoned children case: Social media accounts give inside look into mother, her boyfriend 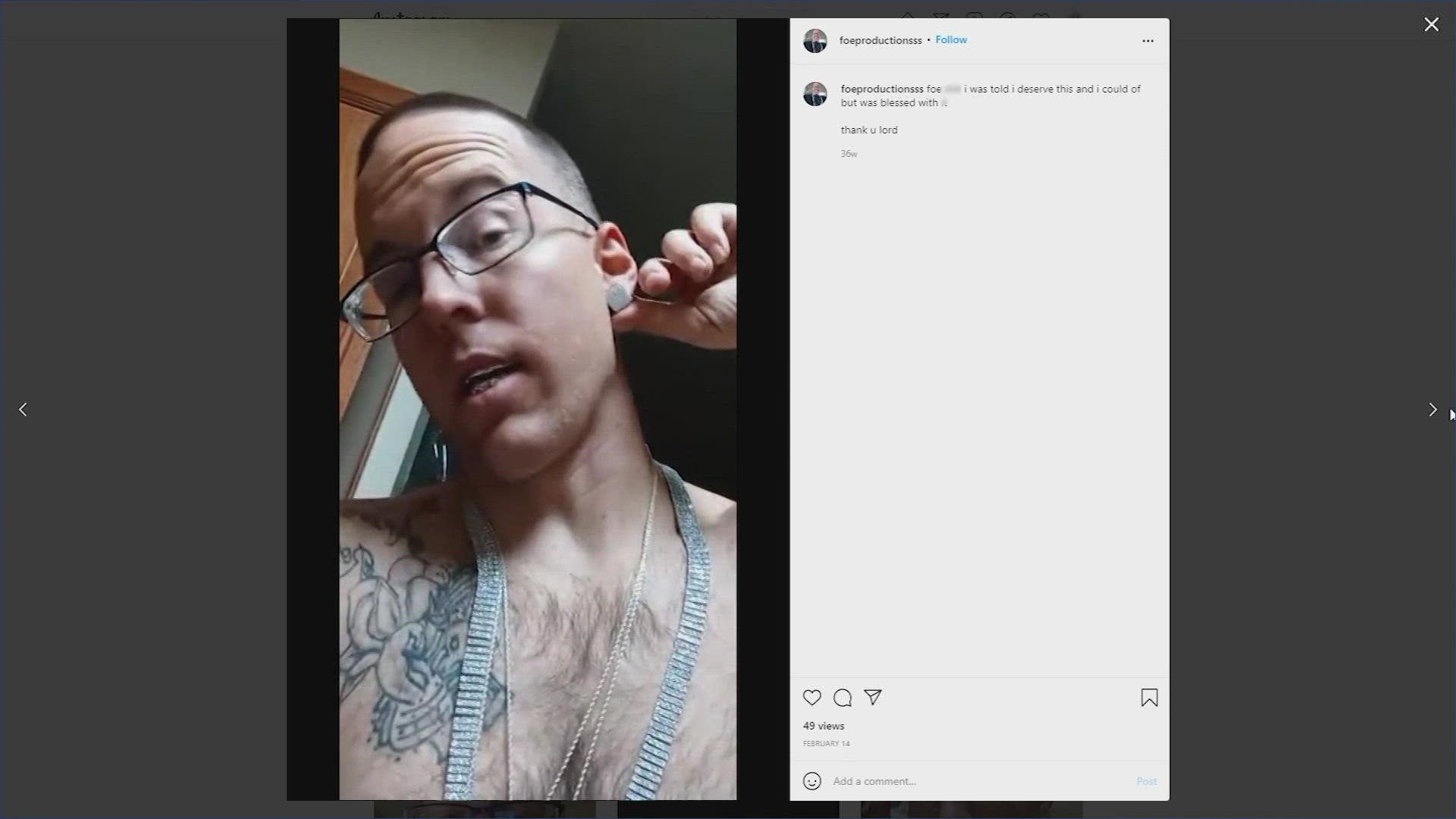 HARRIS COUNTY, Texas — Public Instagram accounts of both Gloria Williams and her boyfriend, Brian Coulter, offer an inside look at their lives.

Williams and Coulter were arrested Tuesday in connection with the death of Williams' 8-year-old son. Both appeared in court Wednesday.

Coulter is charged with murder and remains jailed in a mental health facility on a $1 million bond. Williams is charged with injury to a child by omission and tampering with evidence (human corpse). Her bond was set at $900,000.

Scrolling through the couple’s Instagram pages, they showcase jewelry, food and Coulter talks about getting drunk or high repeatedly.

“Getting high ... it’s not for everybody,” Coulter says laughing in one video.

On Wednesday, as Williams stood before a judge for her first court appearance, prosecutors said her 7-year-old son told investigators that Coulter’s drinking led to the abuse.

“He stated when the codefendant will drink beer and alcohol, he would get very strong,” a judge heard.

During a press conference Wednesday, investigators with the Harris County Sheriff’s Office said the boys were beaten, locked in rooms and malnourished. They were forced to live alone in the same apartment with their 8-year-old brother’s remains. Court documents say Coulter beat Kendrick Lee to death in front of two of his brothers just before Thanksgiving in 2020.

“Striking him in the face, feet, buttocks, back of his legs and testicles with closed fists and feet,” read the court.

Court documents show the 9-year-old said his little brother's eyes were black and that he stopped blinking during the assault.

He also reported that Kendrick was, “on the floor under the cover and that his body was a skeleton and his hair was off,” according to court documents.

This sweet little boy is Kendrick Lee, the 8YO who was murdered. His mother and her boyfriend are charged in connection with this case. #khou11 pic.twitter.com/BSLCEo5mea

On Oct. 24, a 15-year-old boy called 911 and the Harris County Sheriff’s Office responded.

“In my long time of working homicides, this one’s up there,” said Sgt. Dennis Wolford with the homicide division. “You know, this one affected us.”

Sheriff Ed Gonzalez said the conditions inside the apartment were deplorable.

Gonzalez also said the apartment was infested with bugs and that the 10-year-old had a broken jaw from about three weeks ago that he needs surgery to correct. Investigators also believe two of the boys are on the autism spectrum.

As for why the teen waited almost a year to call 911, investigators believe they were terrified.

Investigators said Williams moved out from the apartment about five or six months after Kendrick was killed and that she was living with Coulter in an apartment 25 minutes away.

She would drop off junk food to the children, according to Gonzalez.

Neighbors reported they, too, would provide food, but had no idea what was going on inside the apartment.

Alief ISD confirms the kids hadn’t been in school since May 2020. CPS reported there were no open investigations but did say they had a history with the family. It’s clear, these children slipped through the safety nets.

Aly Jacobs is the director of counseling at the Houston Area Women’s Center and offers some insight on how to protect children from slipping through the cracks.

“What we know is that they (safety net agencies) work well for some but they are not intended for all,” Jacobs said.

“I think what typically happens is ... kind of this ‘bystander effect.’ That someone thinks that someone else is going to do something. Don’t rely on someone else to do the checking or do the action,” Jacobs said.

The action Jacobs is referring to is calling CPS or other authorities. She also suggests asking questions in your community.

“Serving meals (to a child who is hungry) is helpful, but also ask, 'when was the last time you ate? Who is feeding you on a regular basis?'” Jacobs said.

Currently, the three abandoned children are in foster care. Investigators said they will play a huge role in the case.

“My hope and prayer is that these kids find the loving support and care that they deserve and need,” Gonzalez said.