An ambush style triple-shooting left a 14-year-old and sent two other teens to the hospital overnight in southeast Houston. 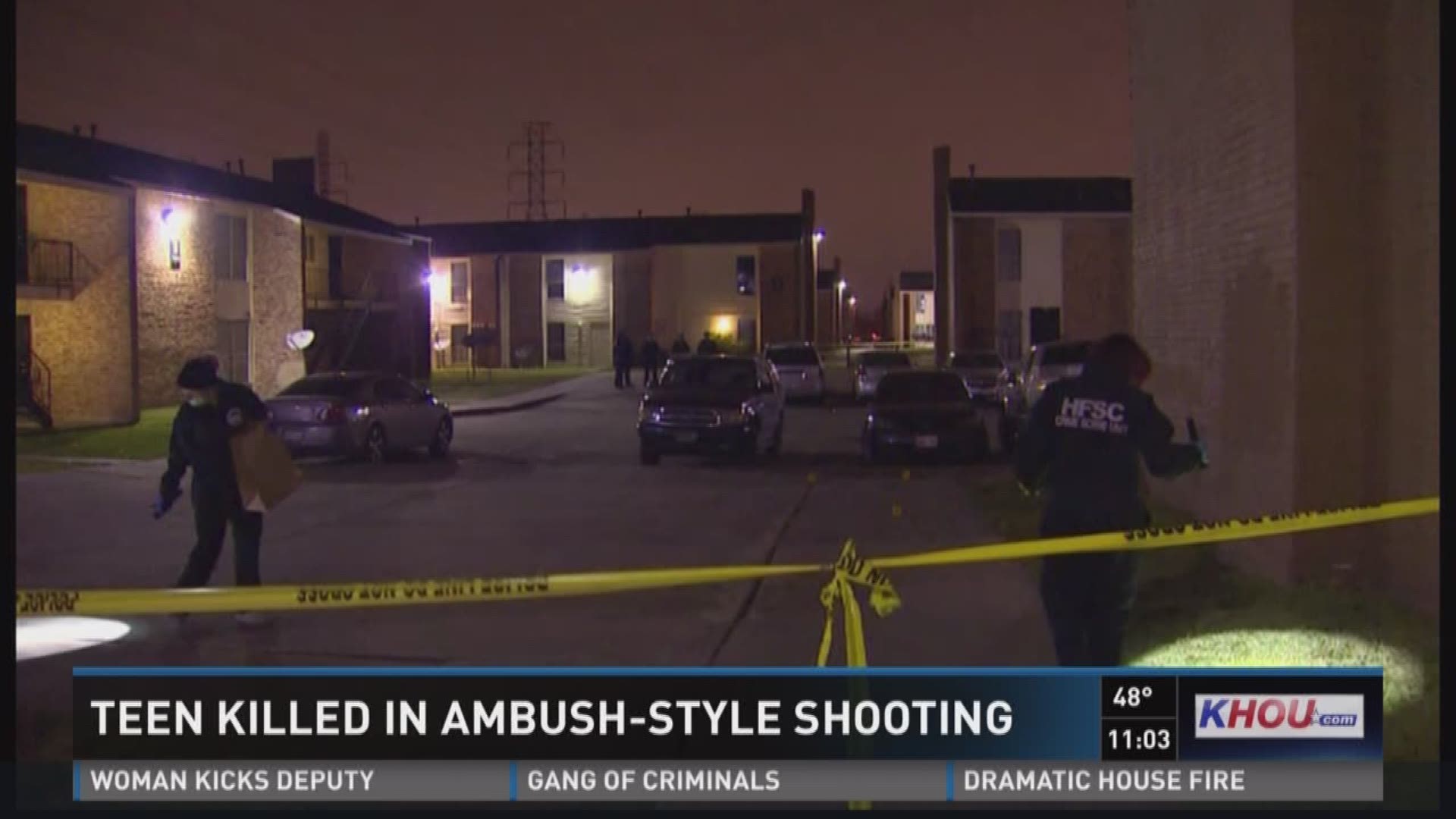 HOUSTON – An ambush style triple-shooting left a 13-year-old dead and sent two other teens to the hospital overnight in southeast Houston.

According to the Houston Police Department, it happened around 10:25 p.m. Thursday at the Vila Americana Apartments located in 5900 block of Selinsky Road near Sesame Street.

Investigators said they believe two or more people shot the teens, who were just hanging out in a common area between the apartment buildings. They are describing the shooting as an ambush.

Police said they found dozens of shell casings littering the scene. They are still looking for a motive, but believe this could be gang-related.

However, they think the teens might have just been innocent victims.

“It's pretty bad when 14-year-olds and 17-year-olds are shot, they're children. They don't appear to have any history that would get them in this type of situation,” HPD Lt. W. L. Meeler said.