Police say the suspects were carrying assault rifles and guns, forcibly making their way into the home. A man inside the home was allegedly pistol whipped by one of the suspects. 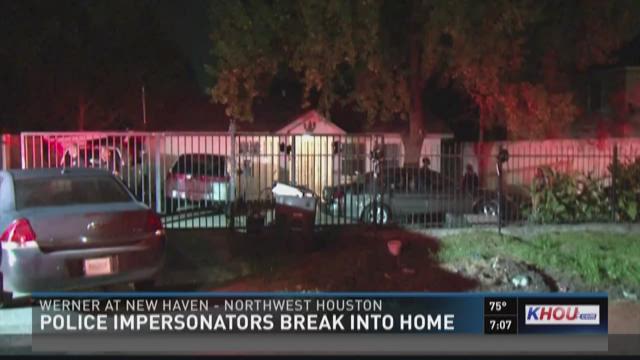 According to the Houston Police Department, police received a call about an in-progress home invasion around 12:25 a.m. in the 6000 block of Werner Street when four men approached the outside of the home claiming to be police.

Police say the suspects were armed, forcibly making their way into the home. A man inside the home was allegedly pistol whipped by one of the suspects.

One of the victims was able to call 911, and HPD responded to the scene as the suspects fled. With the help of a K-9 unit and helicopter, three of the suspects were arrested and one remains at large.

HPD says two cars were impounded; it is believed a purse and laptop in one of the cars came from the home invasion.

If you know anything about the fourth suspect's whereabouts, please contact Crime Stoppers at 713-222-8477.