HPD: Skateboarder killed in I-45 hit-and-run was possibly Walmart employee

The driver who hit and killed a man early Friday morning along I-45 North is still on the run. 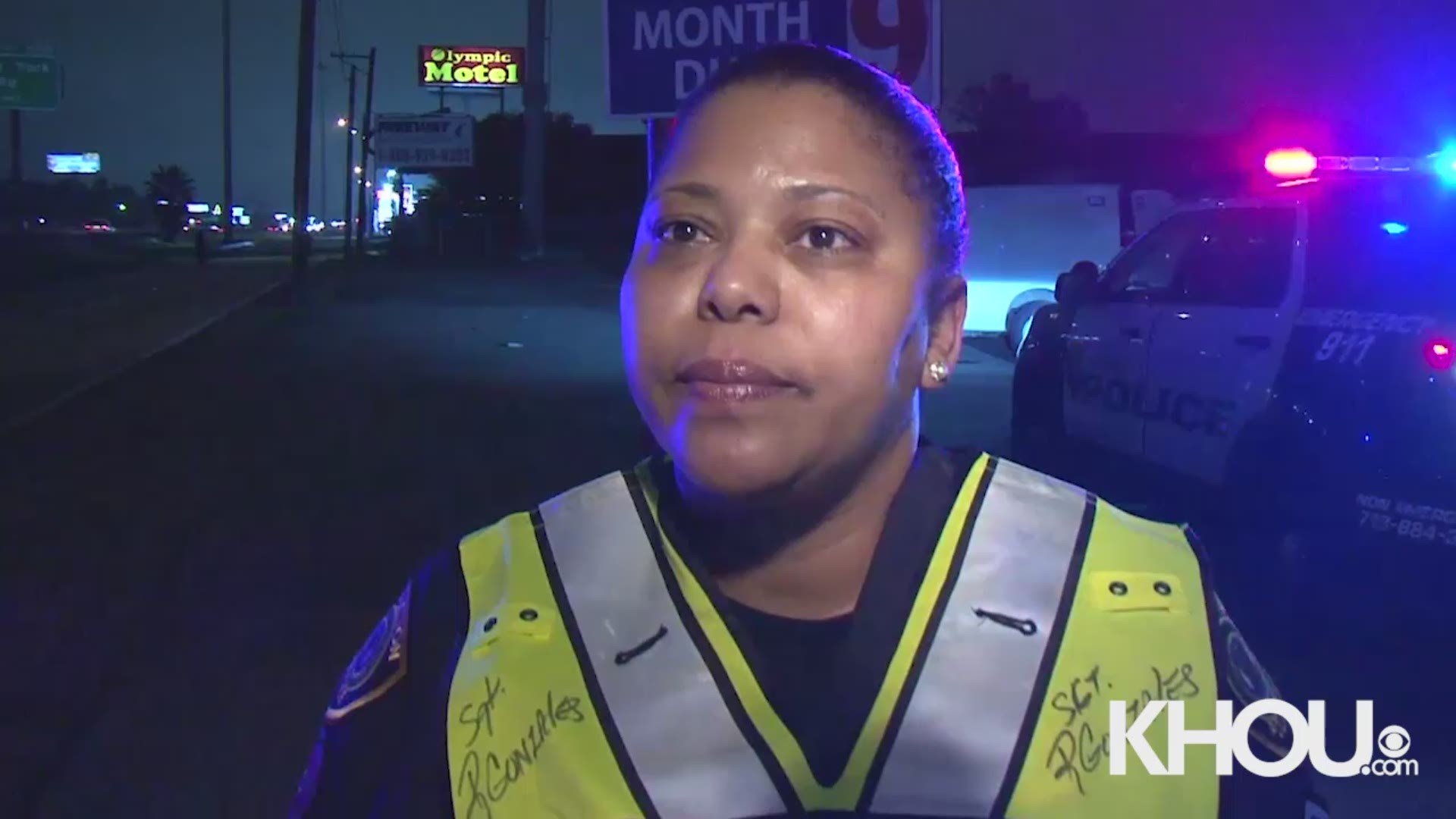 HOUSTON – A man riding a skateboard was struck and killed along I-45 North on Friday morning, Houston police say.

Whoever hit the man fled the scene.

According to the Houston Police Department, the victim was skateboarding on the sidewalk alongside the northbound frontage road when someone in a dark vehicle jumped the curb and struck him. He died at the scene.

The driver fled northbound on the frontage road.

Because of items found on his body, including a vest and a store radio, police say the victim was likely an employee at the nearby Walmart.