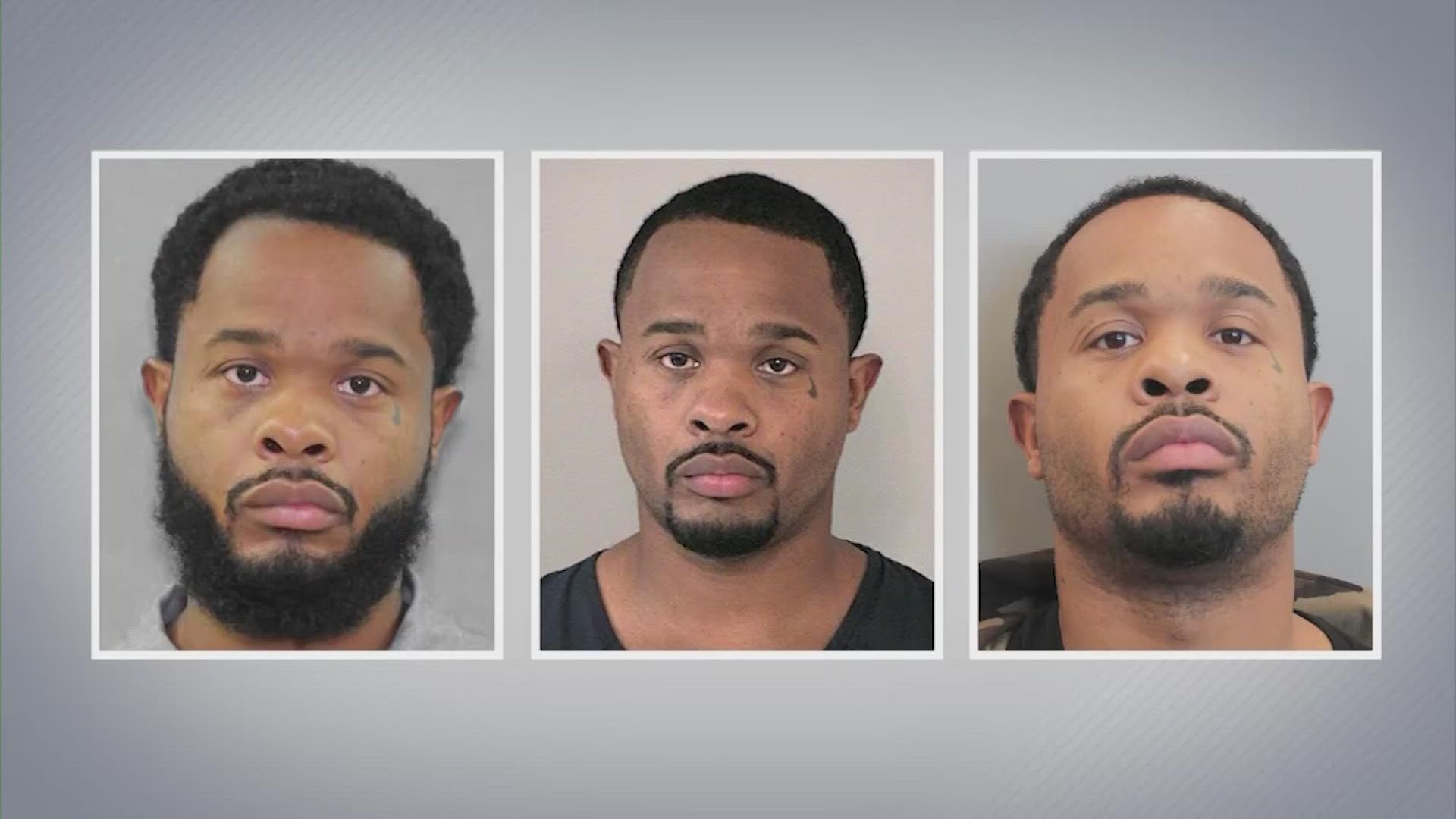 In court documents, Holton is described as a violent, sadistic predator who has attacked at least three women and an underage girl since he was released from prison earlier this year.

Holton was arrested on June 4 by Fort Bend deputies, DPS and US Marshals after leaving a meeting with his parole officer. Garza said they were surprised to find the underage girl, a reported runaway, inside his black Cadillac.

The sexual assault cases happened during a three-week period last spring and investigators recognized the similarities early on.

Garza said Holton contacted the women -- two social media video creators and a massage therapist -- from online ads and posed as a customer.

“The suspect’s MO is that he would locate the victims online via several social media platforms or personal ads,” said Detective J.E. Garza with HPD’s Special Victims Division. “On two cases, the suspect made contact with the victims with the pretext to collaborate with them."

Garza said after Holton gained their trust, he'd insist on meeting the women in person and that's when the attacks happened.

March 17, 2021: A 30-year-old massage therapist reported a customer she met online handcuffed her with zip-ties, then sexually assaulted and robbed her at gunpoint. She said he stole her ATM card and withdrew money before returning and sexually assaulting her again.

Garza said their first big break in the case happened because Holton unknowingly contacted the same woman on Instagram a month later. During a video chat, she recognized his gold tooth and teardrop tattoo and called police. Investigators linked the Instagram account to Holton. They weren't able to link him to the phone number used which was 346-577-2891.

March 29, 2021: A 31-year-old social media video creator reported a similar sexual assault by a customer who used the phone number 346-577-2891, court documents show. Police used surveillance video from the hotel where it happened and determined the suspect was driving a black Cadillac.

In May, the victim identified Holton in a photo lineup.

April 4, 2021: Another content creator told police she tried to fight back when she was being restrained by a man she met online, but the suspect pistol-whipped her. Garza said the man unsuccessfully tried to sexually assault the victim before leaving.

The victims said their attacker had a teardrop tattoo and a gold tooth, called himself “Carlos" and called from the phone number 346-577-2891.

The description led them to Holton.

Holton denies the charges, but Garza said they have a strong case against him.

Investigators believe there are other victims because an app that tracks mystery numbers showed these messages for 346-577-2891: "pimp, raping girls at gunpoint";  "raped someone, beware..."

Garza said other possible victims may be too scared to come forward.

“The trauma that they go through, it’s very hard to report these types of cases,” Garza said. “But trust in us, we want to help you bring the suspect to justice.”

Garza urged possible victims to call the Special Victims Division at 713-308-1140. He said his unit has a victim's services advocate who can help the women even if they don' want to file a police report.

“This guy was a perpetrator and he needed to be behind bars like he is tonight," Chau Nguyen said.

Nguyen said it's not always easy for victims to come forward.

“There’s shame. There’s stigma. There’s not being believed. There’s just a cache of issues survivors have to endure,” she said. “We want survivors to know, whether in this case or whether they might be triggered by hearing the story, that there is help. That we believe them. That they don’t have to be alone."

One in four women will experience sexual or domestic violence in their lifetime. If you or someone you know is a victim, here are some discreet ways to reach out for help.