It’s a crime that Houston police call “jugging," and police say the suspects frequently use multiple vehicles in their robberies. 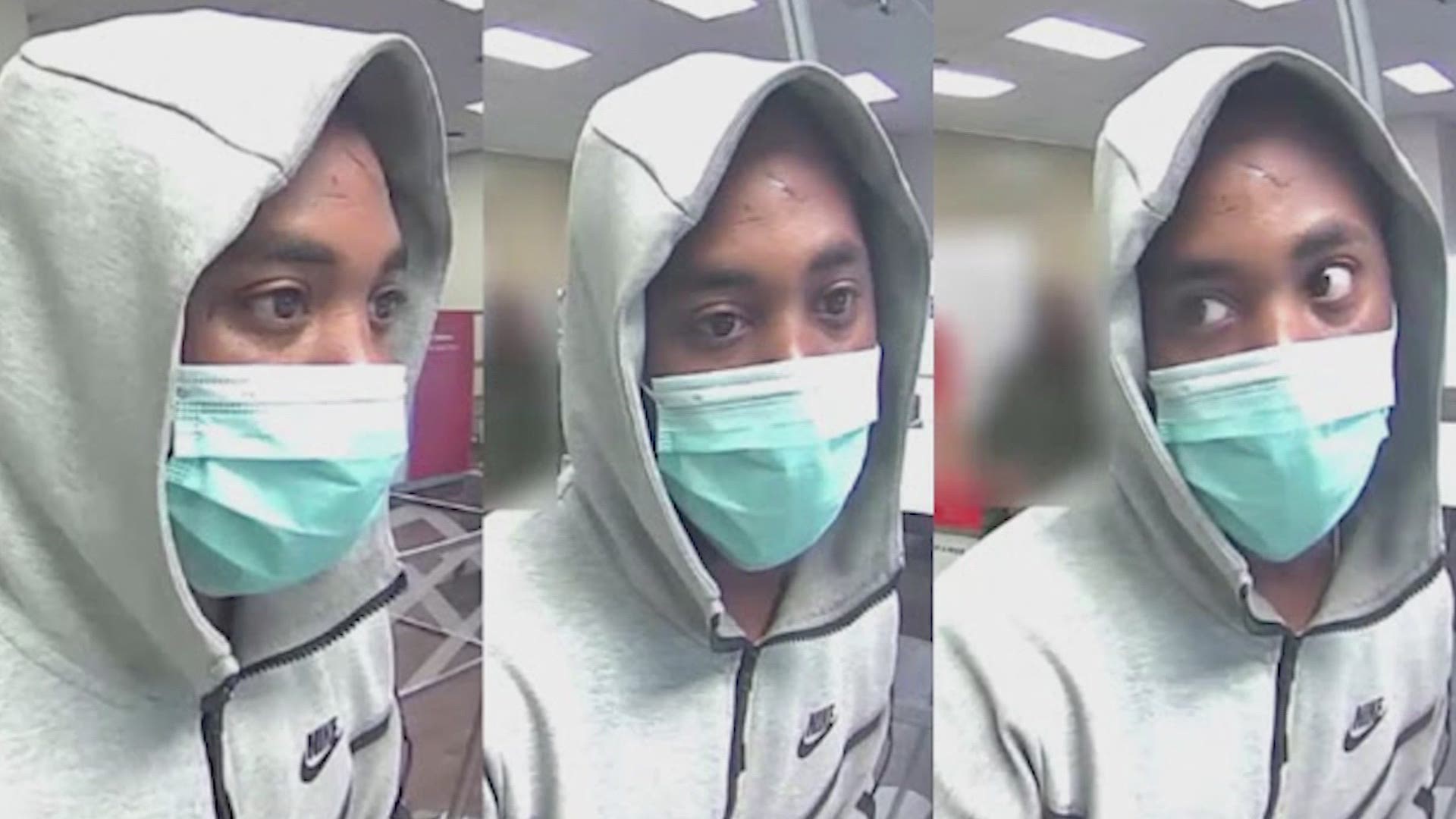 HOUSTON — The Houston Police Department’s Robbery Division hopes someone will recognize the suspects and vehicles involved in a crime involving a woman who was followed from a bank.

Note: the video in this story is an unedited release from HPD — there is no audio

The police department released video of the Feb. 13 crime on Thursday.

Police said it was a Saturday at about 1 p.m. when the victim entered a bank in the 11800 block of Bellaire, in the Alief area, and withdrew a large amount of money. She put the money in her purse and then drove to a friend’s house where she stayed for over an hour, police said.

The woman later went to a supermarket in the 9200 block of Bellaire, and as she exited her vehicle a robber “forcibly grabbed her purse,” which still had the money from the bank. The man then ran to a newer Chevrolet truck followed by a Dodge truck also believed to be tied to the crime.

A security guard witnessed the robbery and attempted to stop the suspects but was unsuccessful, police said.

As part of the surveillance video released Thursday, police also released a high-quality photo of one suspect’s face, although he was wearing a health mask. Police said that man was in the woman's bank prior to the robbery, and it’s believed he saw the victim withdraw the money.

It’s a crime that Houston police call “jugging" — when robbers follow their victims from bank lobbies or outside ATMs and drive-thrus.

“In these jugging incidents, it is not uncommon for suspects to use numerous vehicles while they are following a victim,” police stated.

“They conduct their own surveillance, their own monitoring, their own following,” HPD officer Mike Prause said. “They’re looking for the easiest target most of the time.”

Credit: HPD
The Houston Police Department’s Robbery Division need the public's assistance identifying the suspect(s) responsible for a robbery by force in Feb. 2021

Police said the suspect seen in the bank is a Hispanic or light-skinned black male age 20 or 21, who is about 5 feet, 5 inches tall. He weighs about 150 pounds and was wearing a distinct pullover jacket and Nike sweat pants. He has a scar on his forehead that police pointed out in their video.