The civil case involves a Houston man who was allegedly assaulted by two officers after being pulled over for a traffic violation. 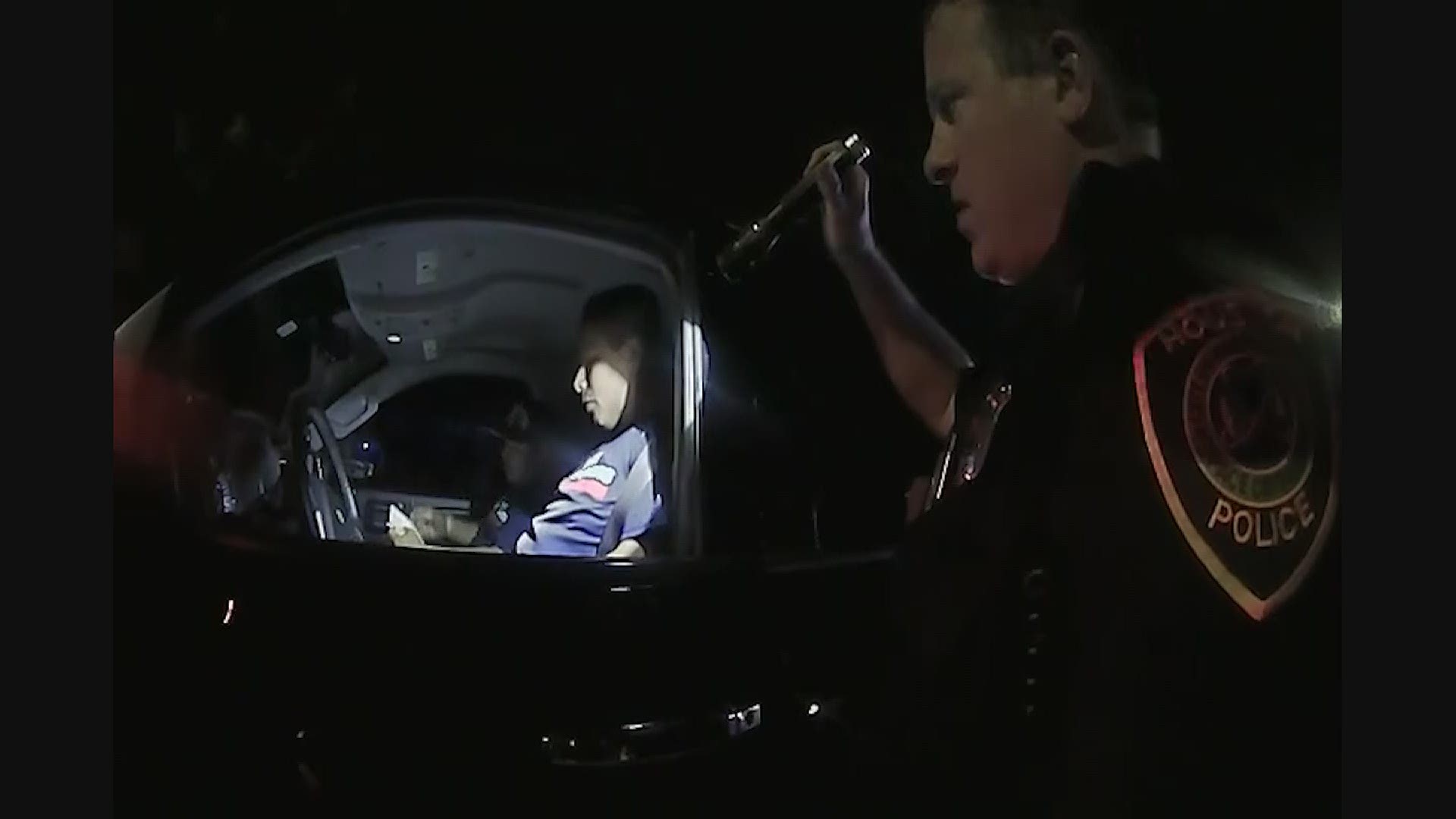 Officers Jacob B. Simmerman and Christopher E. Heaven are accused of assaulting a Houston man in 2017 after he was stopped on a traffic violation.

According to court records, Jose Gomez was pulled over on his way home from work because he turned left into a right-hand lane. Gomez said he moved into the lane because the officers had honked at him when the light turned green, so he wanted to let them go by.

When Gomez told Simmerman that he didn’t have his wallet, he ordered him out of the car and handcuffed him.

Bodycam footage showed Heaven shouting expletives at Gomez before Simmerman wrestles him to the ground.

Simmerman testified he and Heaven forced Gomez’s hands behind his back while Heaven had his knee in the center of Gomez’s back.

The picture from the bodycam is lost but you can hear Gomez screaming in apparent pain.

“Hey man, what are you doing? I don’t do anything man. Why you doing that to me,” Gomez asked them.

“Gomez suffered torn ligaments, injured discs in the back, (a) bruised face and (an) injured elbow,” according to civil rights attorney Randall Kallinen. Medical records backed up those claims.

The officers charged Gomez with resisting arrest, but a judge dismissed the case at the request of the Harris County District Attorney’s Office, Kallinen said.

"Mayor Turner and Police Chief Acevedo need to put a stop to this rampant excessive use of force in the Houston Police Department and the internal affair's stamp of approval," Kallinen said.

He is calling for an independent third party to investigate excessive force claims, rather than internal affairs.

Gomez filed a civil rights lawsuit, but the officers requested immunity from prosecution. On Friday, a district court judge denied the requests of Simmerman and Heaven meaning the civil trial can proceed.

“Given the relatively minor traffic violation of which Gomez was suspected and the amount of force that Heaven and Simmerman used to effect the arrest, a reasonable jury could find that no reasonably prudent officer under the same or similar circumstances could have believed that the conduct in question was justified,” the federal judge ruled.

Gomez, who has worked for the same moving company for 20 years, said at a news conference Monday that he is still in pain four years after his arrest and needs multiple surgeries.

He said he decided to file the lawsuit to fight for justice and respect for all Hispanics.

The third officer, a bystander who didn’t participate in the arrest, was cleared by the judge and will not be part of the lawsuit.