HPD: Officers shoot man who threatened to harm himself before pointing gun at them

Police said when officers arrived on scene, the man tried to barricade himself in a home. 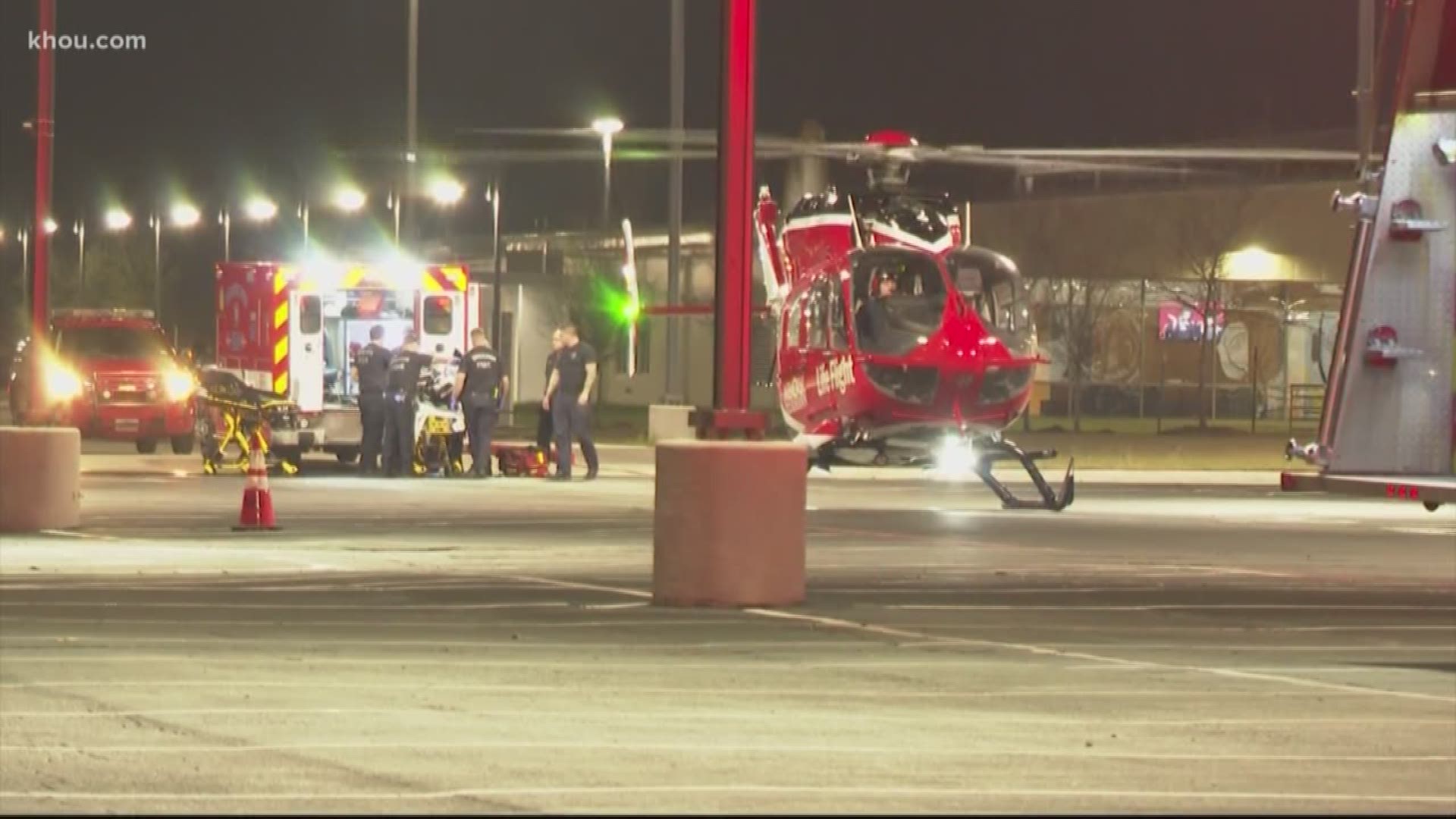 HOUSTON — Houston Police shot a suspect Friday night after he allegedly threatened to hurt himself with a gun before pointing the weapon at officers.

The incident happened just before 7 p.m. Friday in the 1000 block of Spottswood Drive in northeast Houston.

The suspect has been identified as 34-year-old Paul Robinson. He is facing pending charges of aggravated assault of a police officer and felon in possession of a weapon.

A mugshot of Robinson has not been released.

Police said when officers arrived on scene, Robinson, armed with a semi-automatic pistol, was in the backyard and tried to barricade himself inside a woodshed. That’s where they said the man threatened to hurt himself and asked officers to take him out before pointing the gun at the officers.

Chief Art Acevedo said officers made several attempts to get Robinson to put down his gun. Acevedo said the man threatened to shoot himself and kept asking to see his girlfriend who Acevedo said the man allegedly assaulted last month. A mobile psychologist was called out to the scene but did not arrive in time, according to police.

Acevedo said the man aimed his gun at officers who fired several shots at him. The man was transported by Life Flight to Memorial Hermann Hospital where he was undergoing surgery.

He remains in critical but stable condition according to police.

All are assigned to the Northeast Patrol Division. Officer Adavasio was sworn in as an officer in April 2016, Officer Carlson in January 2018, Officer Hewitt in December 2018, and Officers Lusk and Chappell in July 2019.

As is customary in officer-involved shooting incidents in the city limits, the incident is being investigated by the HPD Homicide Division Special Investigations Unit, the Internal Affairs Division and the Harris County District Attorney’s Office.

Acevedo said Robinson has a criminal history, including charges of aggravated robbery, evading arrest and assault of a family member. The suspect allegedly told a friend he planned to shoot a cop but was not able to "get a shot off" in his attempt.

Acevedo said the officers were wearing body cameras during the incident.