It’s a solemn day in Houston as we mourn the death of HPD Senior Officer Bill Jeffrey, who was shot multiple times while serving an arrest warrant early Monday. 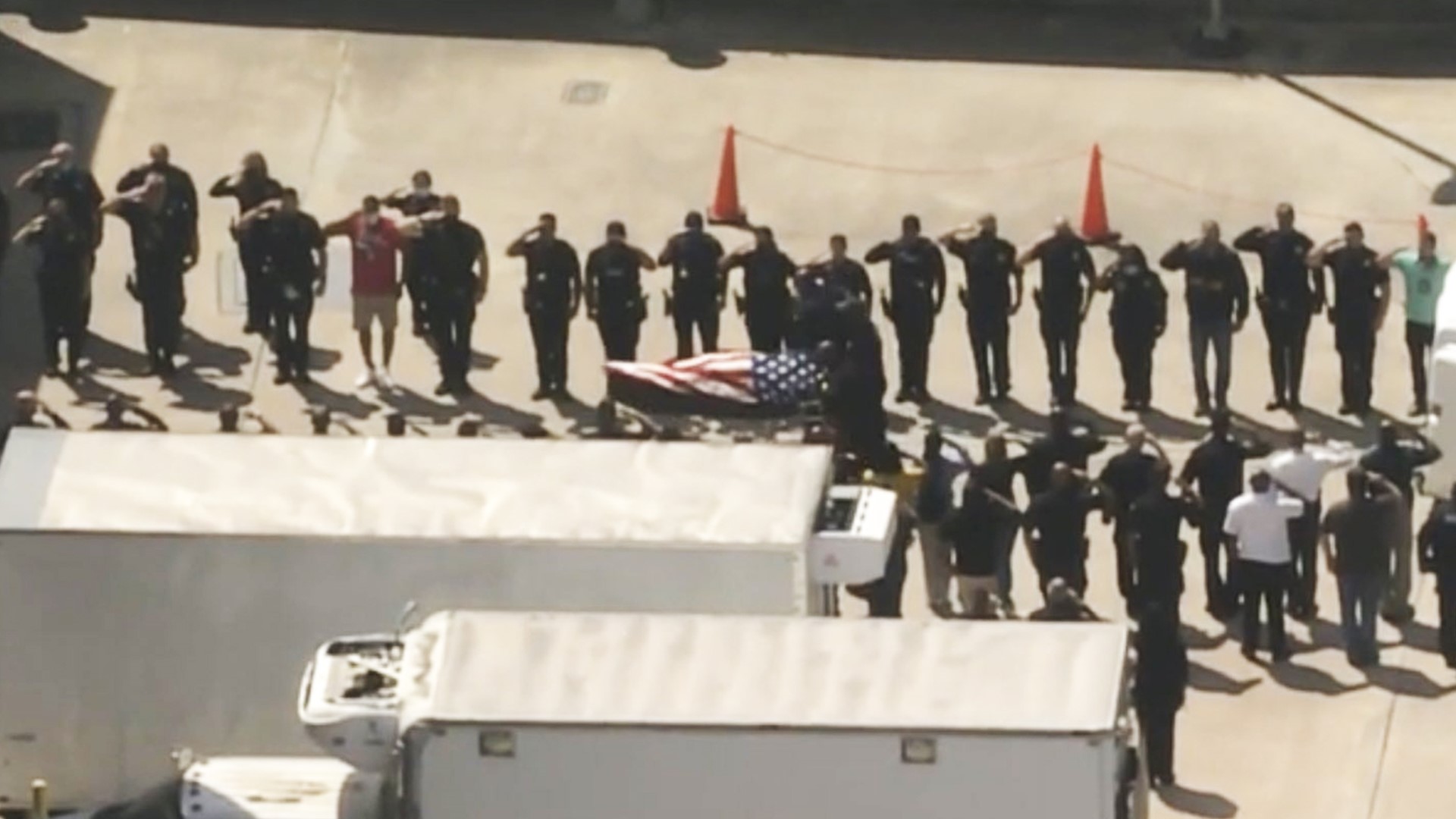 HOUSTON — We’ve learned more about the Houston police officer who died in the line of duty Monday morning, and about the second officer who was critically wounded.

HPD Senior Officer Bill Jeffrey and Sgt. Michael Vance were shot while serving a narcotics-related arrest warrant with the Major Offenders Fugitive Squad in the 5300 block of Aeropark.

Jeffrey joined HPD in 1990 and served more than three decades.

He and his wife Suzanne, who retired from HPD in December 2020, have one child and were building their dream home, Finner said.

Mayor Sylvester Turner spoke with the officer’s wife at the hospital.

“Mayor, the City of Houston lost the very best. The very best,” she told Turner.

"He's a great man, a great family man," Finner said. "Every police officer is special. Every first responder is special. But, like his wife said, he’s one of our very best."

The mayor, police chief and a large group of law enforcement officers gathered to pray with Jeffrey’s family inside the hospital.

A few hours after the shooting, a procession escorted the fallen officer to the Harris County Medical Examiner's Office. Fellow officers lined up to salute as Jeffrey’s flag-draped casket was removed from the hearse.

Finner said HPD and the City of Houston will be celebrating and honoring Jeffrey throughout the week.

All of our first responders are special. Officer William “Bill” Jeffrey was the best of the best. He left a legacy with HPD that will never be forgotten. We ask for prayers for his wife, daughter and entire family.

Sgt. Michael Vance, who was working undercover, was shot after Ledet's girlfriend opened the door of their apartment, Finner said.

Life Flight airlifted the 53-year-old veteran to Memorial Hermann where he underwent surgery.

Vance is expected to survive, according to Chief Finner.

Vance and Jeffrey were with the Major Offenders Division, made up of experienced, highly-skilled officers from multiple law enforcement agencies.

The criminals they target often have a history of violence.

“It's another reminder that police work is inherently dangerous,” Turner said.

The mayor and police chief asked for prayers for both families and for HPD.

“I want the whole city to step up and just pray. Pray for the family. Pray for our police department,” Finner said.

Prayers for @houstonpolice. Mayor @SylvesterTurner Police Chief @TroyFinner and Sheriff @SheriffEd_HCSO are meeting with police officers. The mayor asks all Houstonians to lift the families of both officers who were shot this morning. pic.twitter.com/4CfHQ18f4O