The area surrounding the patrol station on Ley Road was shut down for a couple hours while police searched the area for suspects. 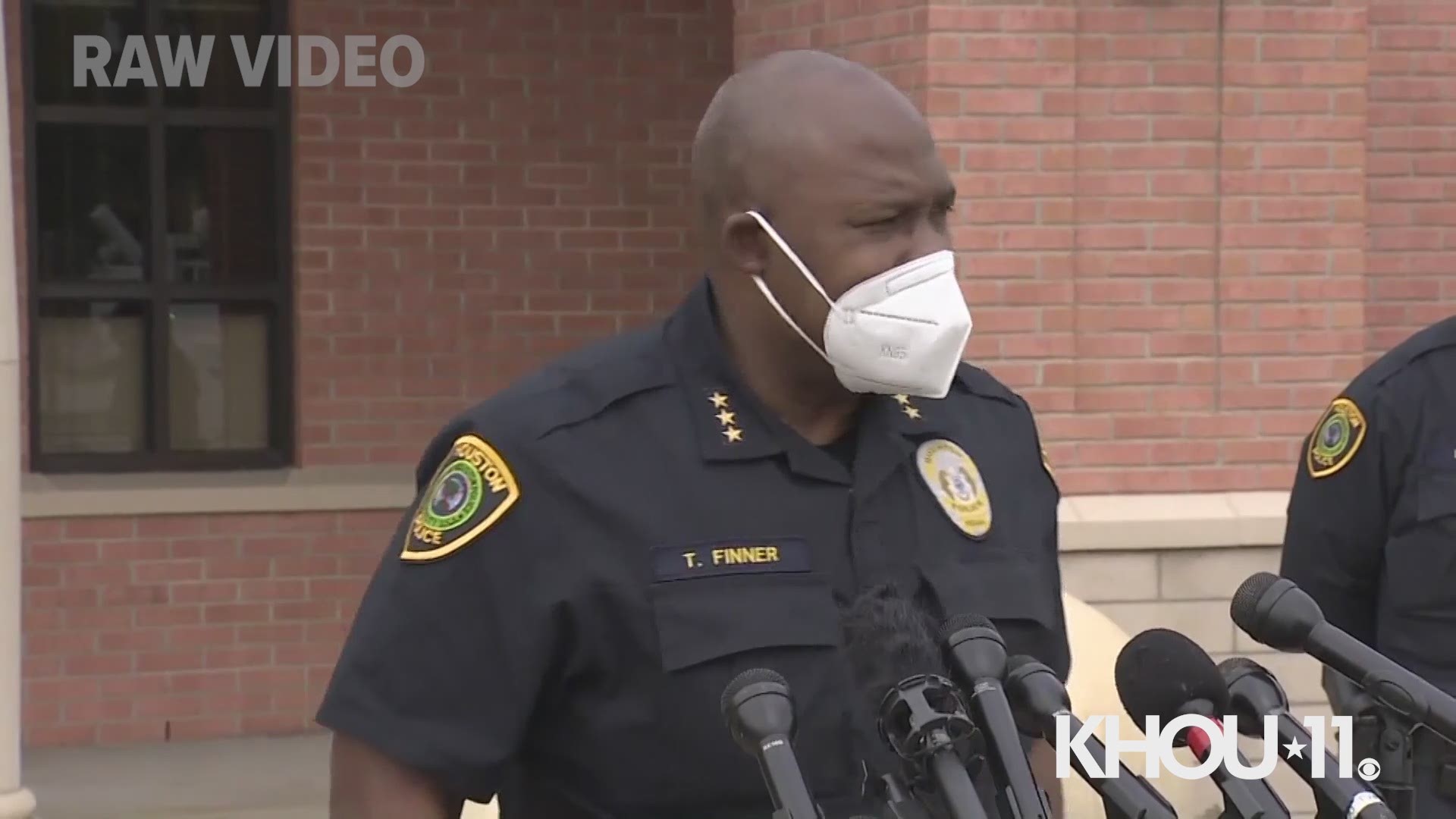 HOUSTON — Police are trying to determine the source of multiple shots fired Thanksgiving morning about a block from the northeast HPD patrol station, the department confirmed.

Investigators said two officers were setting up for a Thanksgiving feast when they heard shots fired about 10 a.m. in the 1000 block of Furray Road, just south of the station on Ley Road.

They reportedly took cover, and then shortly after, the department began searching the area. Ley Road was shut down for a couple hours while a helicopter canvased the area and police searched.

HPD Commanders & PIO en route to a scene at the Northeast Patrol Station (8301 Ley Road). Just before 10 a.m., two officers were in the back lot of the station when multiple gunshots were fired in their direction. Thankfully, no-one was hurt. No suspects at this time. #hounews

A group if young men were reportedly spotted running away nearby.

HPD Asst. Chief Troy Finner said at least one of the men has been taken into custody, but it hasn't been confirmed whether he was involved in the incident.

Finner added officers currently have no evidence, and it remains unclear whether the shooter had a target or was simply firing into the air.

No officers or civilians were injured.