HPD: Motorcyclist loses control of bike on Gulf Freeway, falls to his death

HPD vehicular crimes investigators are trying to determine whether the rider was racing another vehicle or involved in a possible road rage incident. 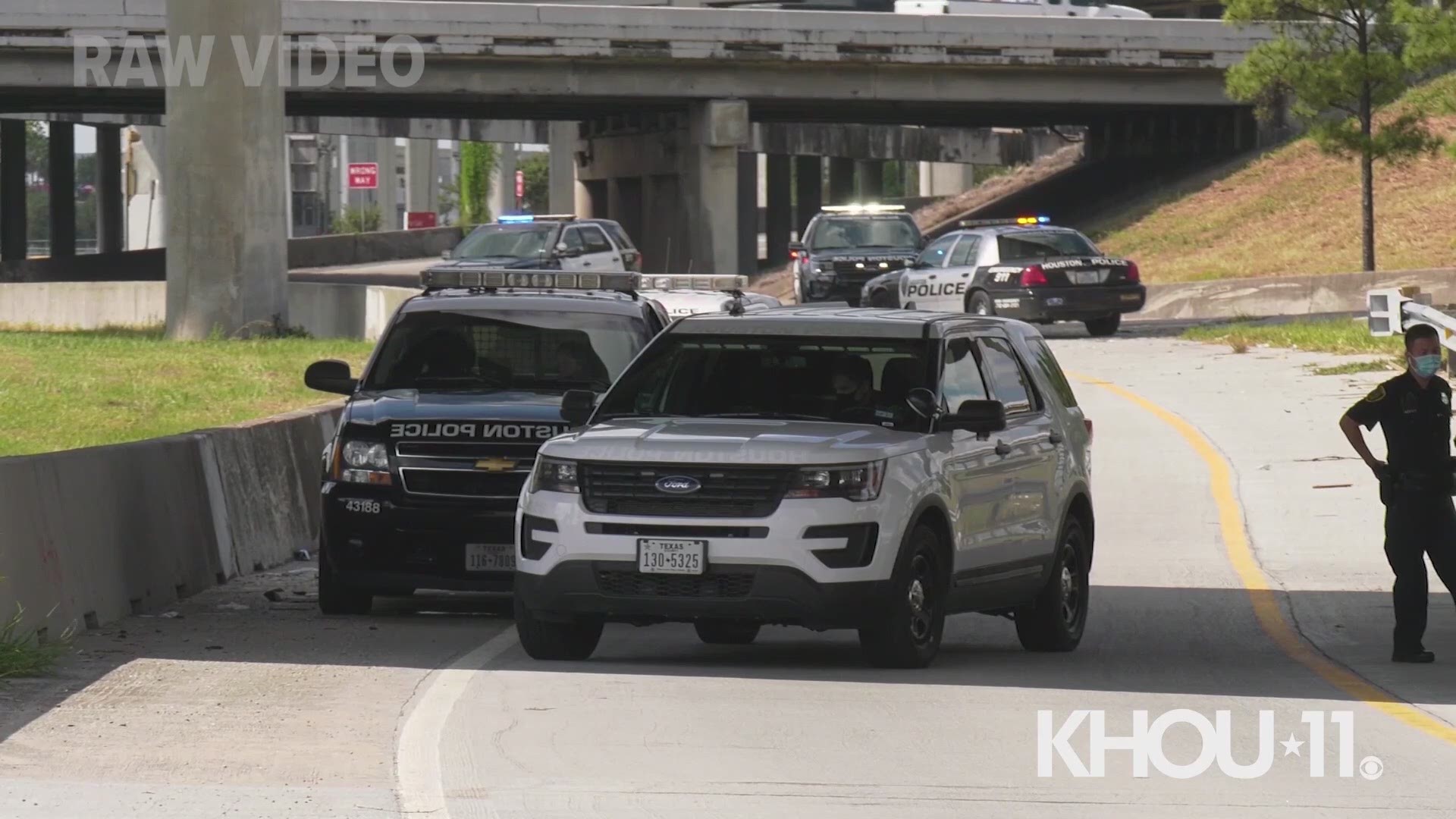 HOUSTON — A motorcyclist lost control of his bike and fell to his death Sunday along the Gulf Freeway in south Houston.

Houston police are trying to determined whether the rider was racing another vehicle or involved in a possible road rage incident.

Witnesses said the motorcyclist appeared to be racing with a silver Chrysler 300 with bumper stickers, according to officers.

The rider and the driver were headed northbound on the Gulf Freeway when they started to exit at the I-10 East ramp. That's when investigators said the rider clipped the guard rail on the left side, causing the motorcycle to go over.

"This is one of those situations where speed is definitely a factor. It's an unfortunate incident," Lt. Ponton Paris with the HPD vehicular crimes unit said.

The other car wasn't at the scene when police arrived.

Paris said the two vehicles never touched, so at this point in the investigation, it's unlikely charges will be filed. However, they are asking that the driver come forward for questioning.

They haven't ruled out it being a possible road rage incident or racing, but Paris said police need more information.

He said the motorcyclist is a man in his 40s. They have his identity but are waiting to notify family members.

"People just got to slow down, and we can't be conducting reckless acts on the freeway such as rapid lane changes and racing other vehicles," Paris said.