Officers are searching for possible robbery suspects who shot and killed a man working on a car Monday morning. 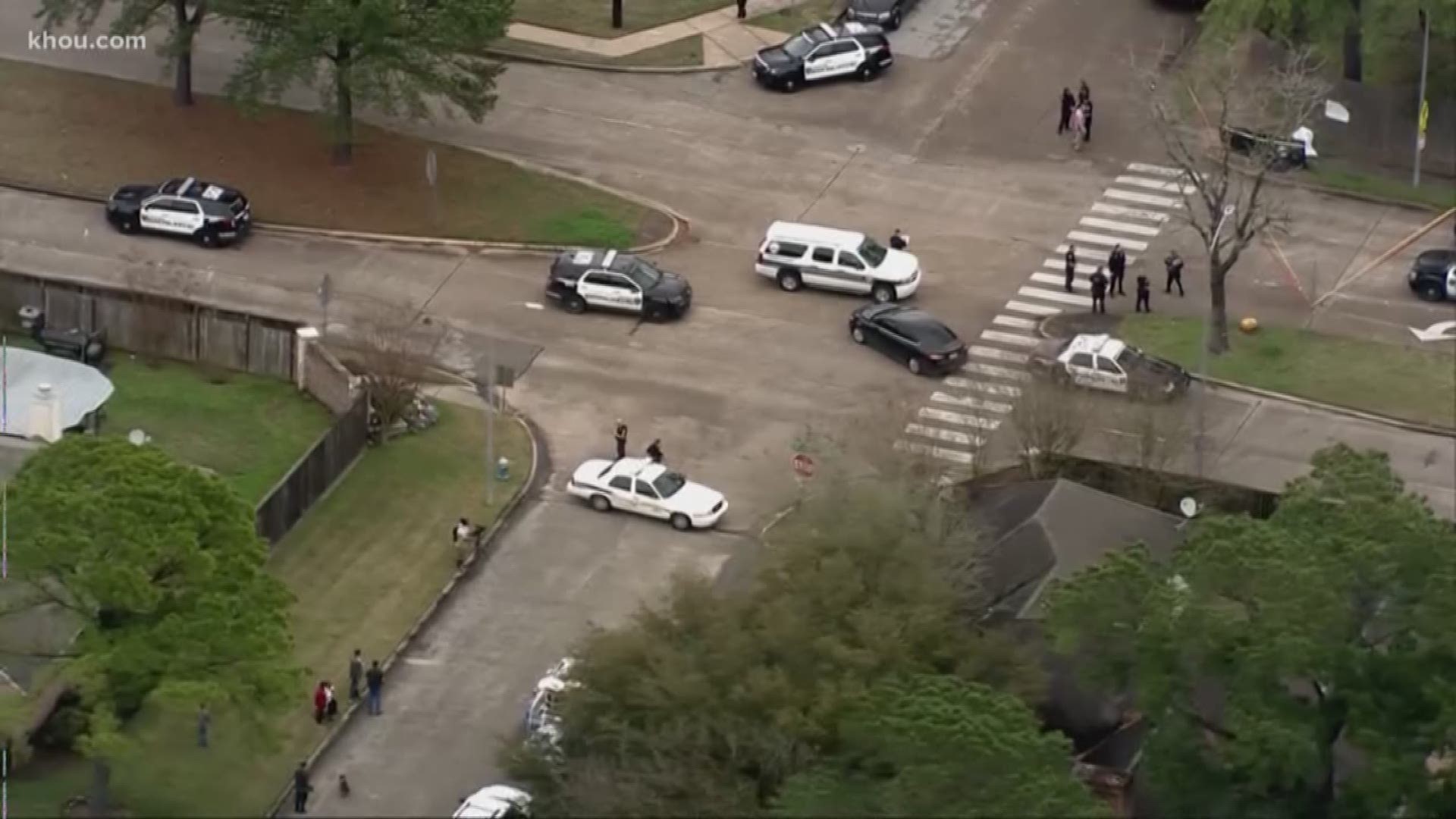 HOUSTON — Houston Police are looking for two suspects after a man was shot and killed while working on a car in northwest Houston Monday morning.

Around 9:30 a.m., two suspects drove up to the man and shot him in a neighborhood in the 7200 block of T.C. Jester, according to Houston Police.

The man has been identified as 59-year-old Magdaleno Reyes.

A marked HPD mobility unit happened to drive by the scene and stayed with Reyes until more officers arrived.

Officers said the suspects took off in a gray Toyota Camry that was reported stolen over the weekend from the Spring area.

The vehicle was found abandoned just a few miles away.

Police believe the suspects' plan was to ditch the Camry after stealing the Reyes' vehicle but were spooked when the HPD mobility unit showed up.

It's unclear if this was a random attack or if the suspects knew Reyes.

Police say the suspects are tied to a burglary that happened near downtown Houston just a few hours earlier.

In that case, a woman's cell phone was stolen and police were able to locate the Camry after the shooting by tracking the phone's location.

Detectives said the shooting was captured on nearby surveillance footage and they are hoping to get a better description of the suspects.