HPD: Man kills girlfriend before turning gun on himself at Dunkin' Donuts

The shooting happened at the store near Memorial Park at Memorial Drive and Westcott Street. 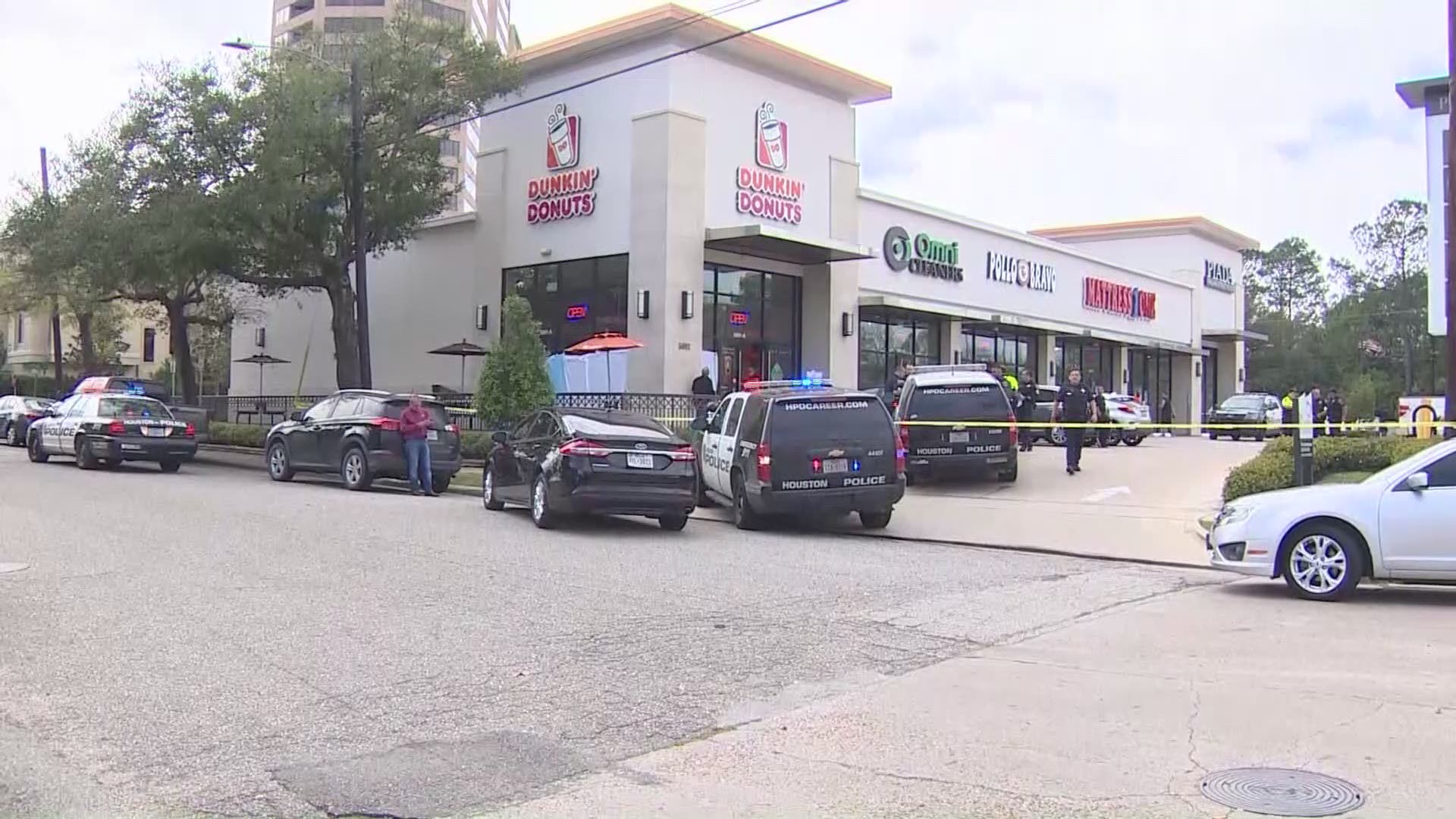 HOUSTON — Two people were shot and killed at a Dunkin' Donuts shop in west Houston just before noon on Friday.

The shooting happened at the restaurant near Memorial Park at Memorial Drive and Westcott Street.

Police say a man walked into the store around 11:55 a.m., fatally shot his girlfriend and then turned the gun on himself.

We're told the woman, who was in her 20s, was a manager at the restaurant.

Both were pronounced dead on the scene. Police said the man had a history of domestic violence against the woman.