HPD: Father, son get into shootout with man caught cutting off back of pickup truck

Houston police said the alleged robber was trying to steal the pickup truck's catalytic converter. He was met with gunfire. 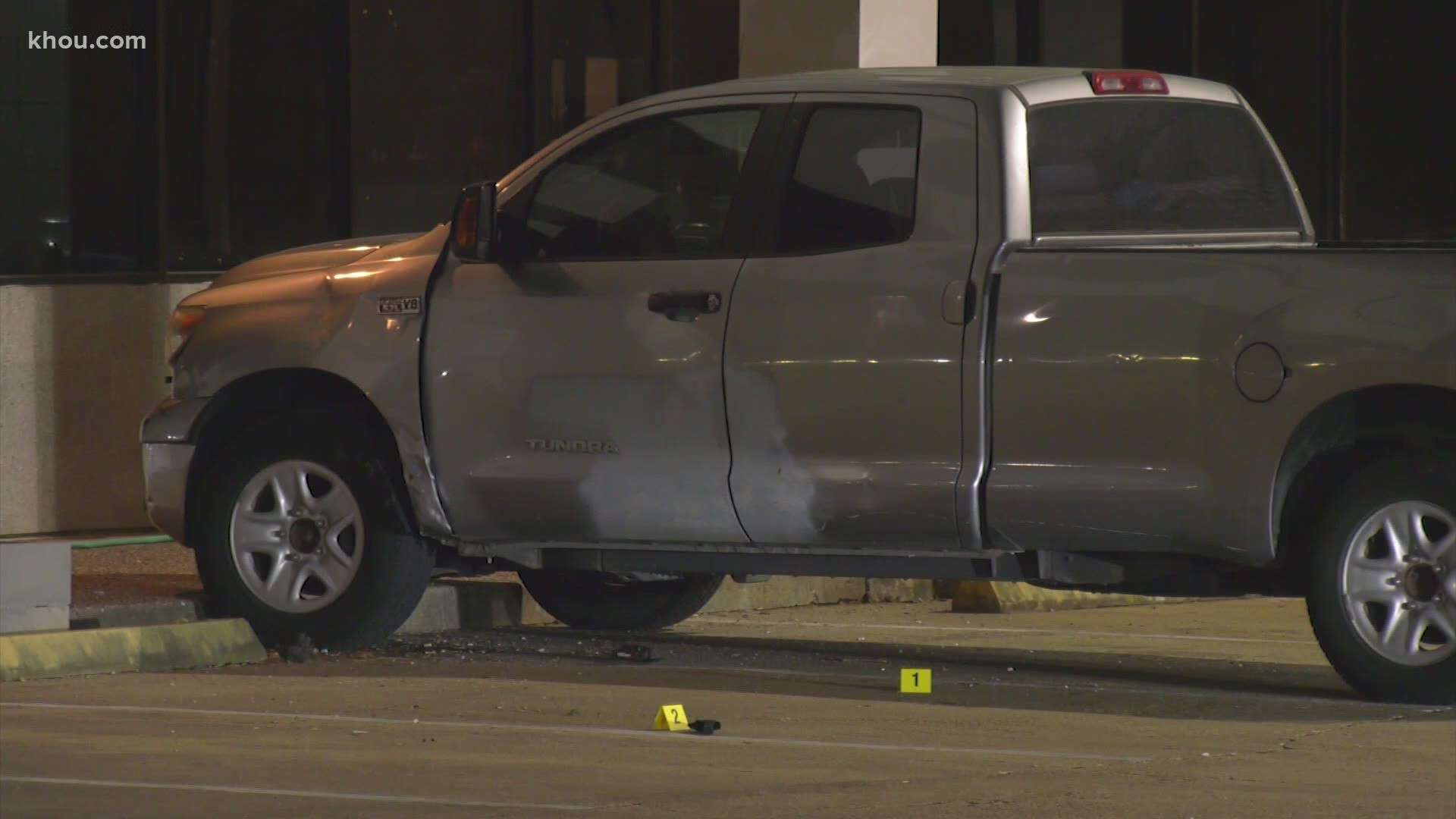 HOUSTON — A father and son got into a shootout with a man caught trying to cut off the back of their truck, according to Houston police.

Officers responded about 12:45 a.m. Wednesday to a parking lot in the 10800 block of Bissonnet Street.

Investigators said the robber was trying to steal a catalytic converter from a pickup truck when the owner arrived. The father and son started shooting at the suspect, who returned fire.

The son was reportedly hit in the arm and leg. He's currently hospitalized in unknown condition.

They said the suspect escaped the parking lot in a vehicle, but police believe a man taken into custody shortly after the incident may be him. For now, the man arrested is facing a felony evading charge.