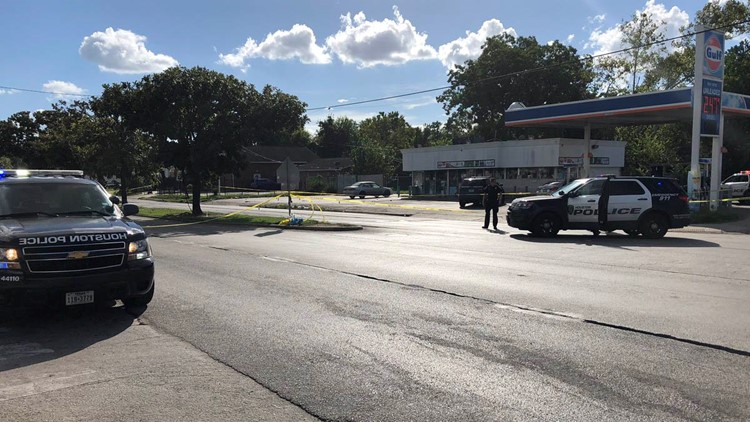 HOUSTON – Police say a fatal drive-by shooting and a shootout at a Pappadeaux’s restaurant on the south side Saturday afternoon are believed to be related.

Houston Police say they are looking for three male suspects in a red Lincoln Navigator with chrome rims and a chrome stripe that was involved in both incidents.

Pappadeux S Loop W location closed for another hour after gunshots were fired in the rear parking lot around 2:45. No injuries. pic.twitter.com/pExpV1eplh

Investigators say it all started when the suspect vehicle pulled into the rear parking lot of the restaurant located in the 2500 block of the 610 South Loop West around 2:30 p.m. Three male suspects jumped out and opened fire on another person in the parking lot.

Luckily no one was injured in this first incident.

Then, just after 3 p.m., the same suspect vehicle spotted in the 6800 block of Cullen. Police say this time the suspects opened fire on four males near the pumps at a gas station. One was shot and killed in his car, while the three others were injured while they were standing outside of the vehicle.

Shooting 6802 Cullen. One dead, three transported.
Deceased was shot and killed inside his car at the gas pump. pic.twitter.com/8sWShgwnmN

Over 2 dozen cups (not all pictured) marking shell casings around murder investigation at Cullen and Ward. pic.twitter.com/3djubkLECz

The three victims were transported to a local hospital. Police said one of them remains in critical condition