So far more than 30 officers from across the country have been identified as taking part in Capitol attack, including former HPD officer who resigned last week. 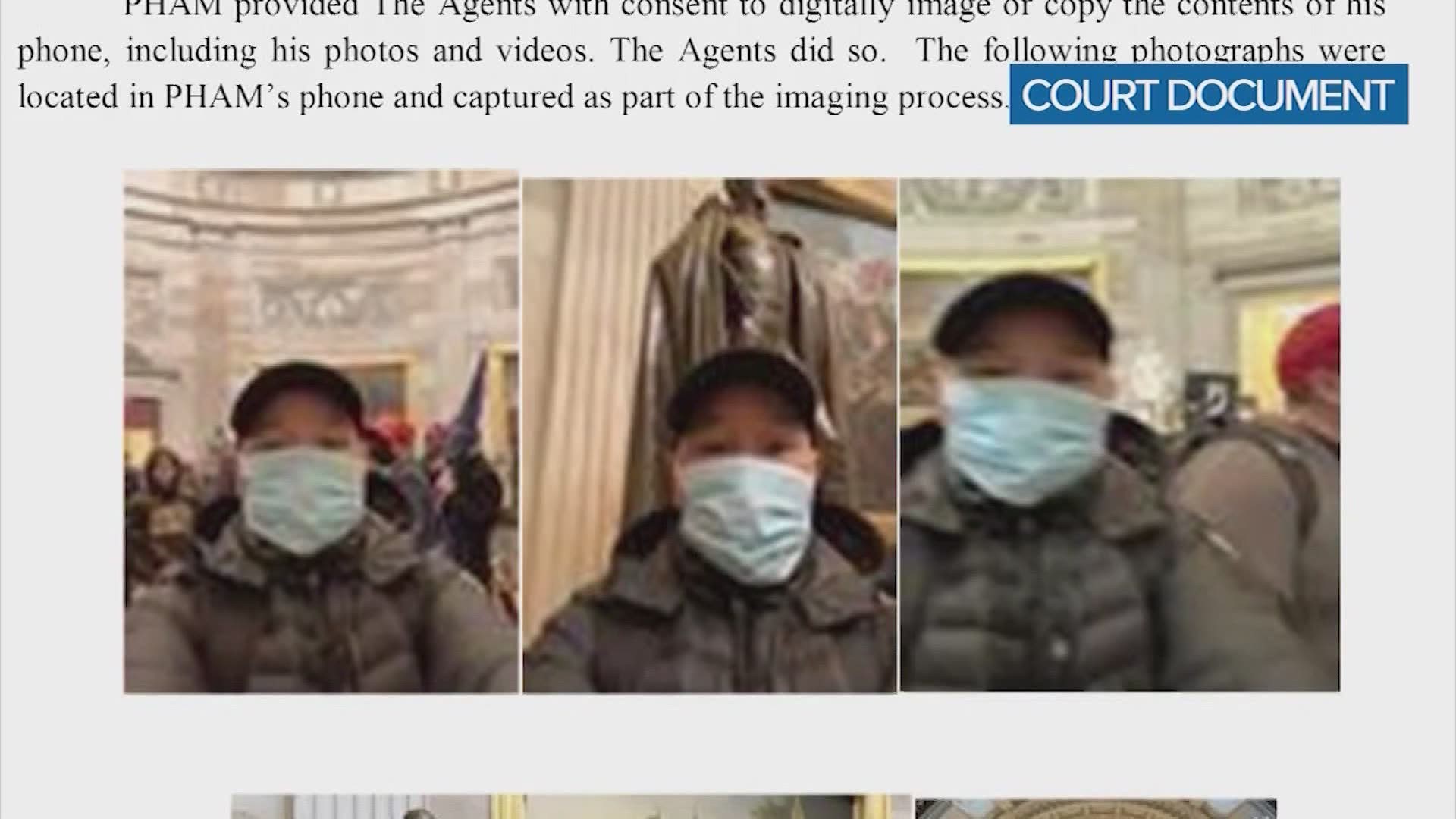 HOUSTON — Congress is only beginning its investigation into what happened at the U.S. Capitol two weeks ago. It's asking the Major Cities Chiefs Association what they will do to ensure extremists are rooted out of police agencies

Since the attack on the Capitol, police departments nationwide are looking inward.

"I think you're going to see a heightened level of alert to the threat that militia, white supremacists, hate groups pose to our country," said Acevedo.

So far more than 30 officers from police departments across the country are believed to have taken part in storming the Capitol. That includes former HPD officer Tam Pham who resigned last week and is now facing federal charges.

"We have not found any indication of any other officer being involved," said Acevedo.

But now it's bigger than what happened at the Capitol. Police agencies are paying closer attention to investigation and identifying extremists on the force and rooting them out.

"We look at tattoos, social media, we talk to neighbors, coworkers, we conduct very thorough investigations, but to think we have none among our ranks would be naïve at best," said Acevedo.

Chief Acevedo says it's not easy tracking these people down. Extremists turn to the dark web and work hard to avoid detection.

"We need the community to be our eyes and ears," said Acevedo.

Sometimes the easiest way to spot extremists already in policing is by tips from fellow officers.

"We do need to be vigilant to weed out people who would be cancers to organizations," said Acevedo.

Acevedo says it's important to remember the overwhelming majority of police officers serve honorably. That's why it's critical to find the few that don't.