HPD: 2 girls hid before neighbor shot intruder outside their home

Police responded to the home, located at 4800 Ventura, and found the suspect with two gunshot wounds in the "back area." He was taken to the hospital to undergo surgery. 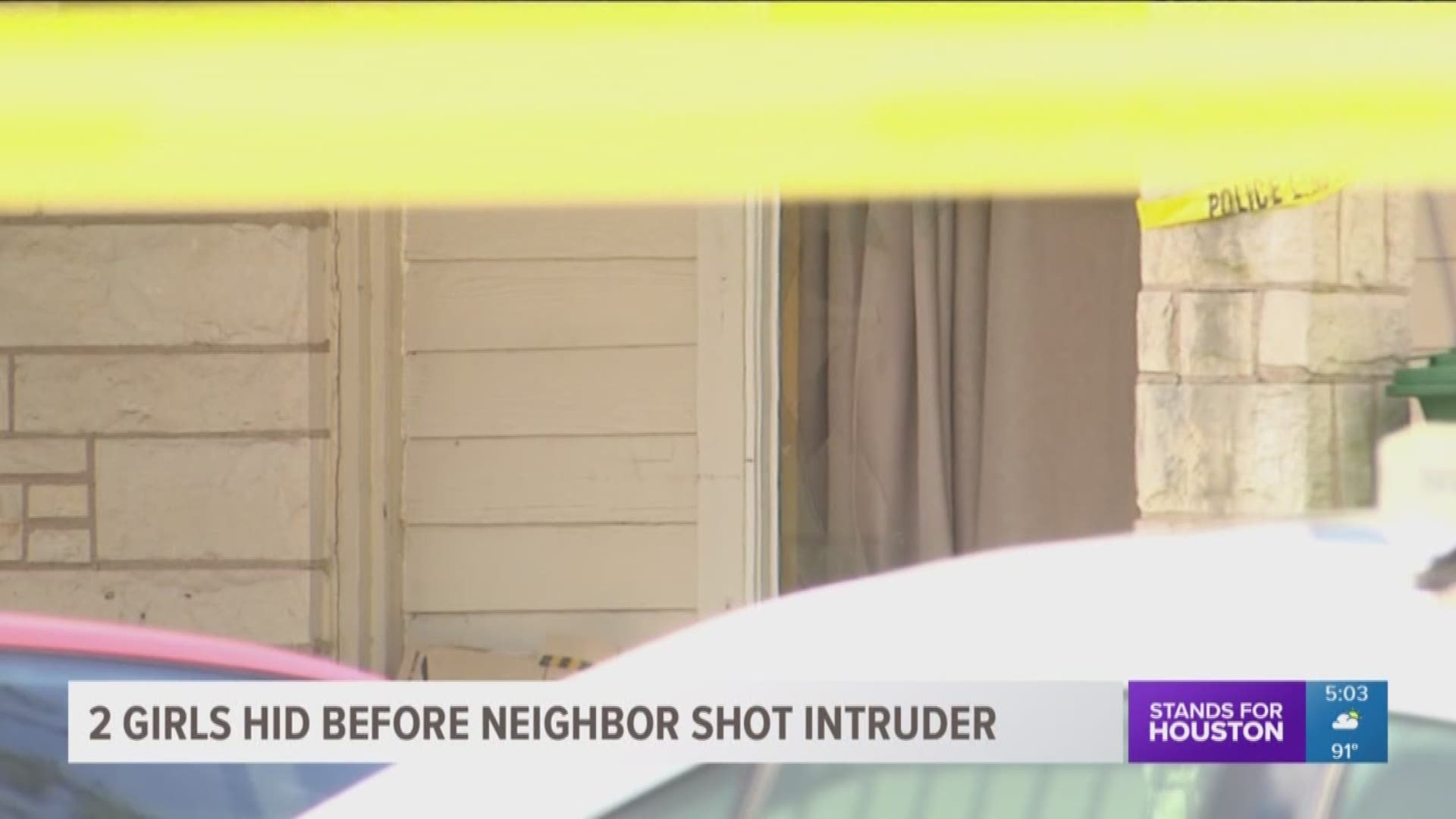 HOUSTON – Police say a suspected burglar was shot by a neighbor outside a southeast Houston home on Tuesday morning.

It happened as two girls hid inside the home.

HPD Assistant Chief Sheryl Victorian said it was about 7:30 a.m. Tuesday when two girls, ages 14 and 12, called their mom to say a man was breaking into their home. The mom told them to hang up and call 911. The girls and their mom both called 911 at the same time as the mom remotely set off the home’s burglary alarm.

Police responded to the home, located at 4800 Ventura, and found the suspect, identified as 19-year-old Damon Augbon, with two gunshot wounds in the “back area.” He was taken to the hospital to undergo surgery.

Police say the neighbor was detained for questioning, and the shooting will be referred to a grand jury.

“The neighbor has been detained. We’re waiting on major assaults, they’ll conduct an investigation. I’m sure the case will be referred to a grand jury,” HPD Assistant Chief Sheryl Victorian

The two girls inside the home were also taken to the hospital as they were cut by broken glass while fleeing out a front window.

The suspect remains in custody at the hospital.