There's been an alarming increase in violent road rage incidents, specifically those involving firearms, within the past few weeks. 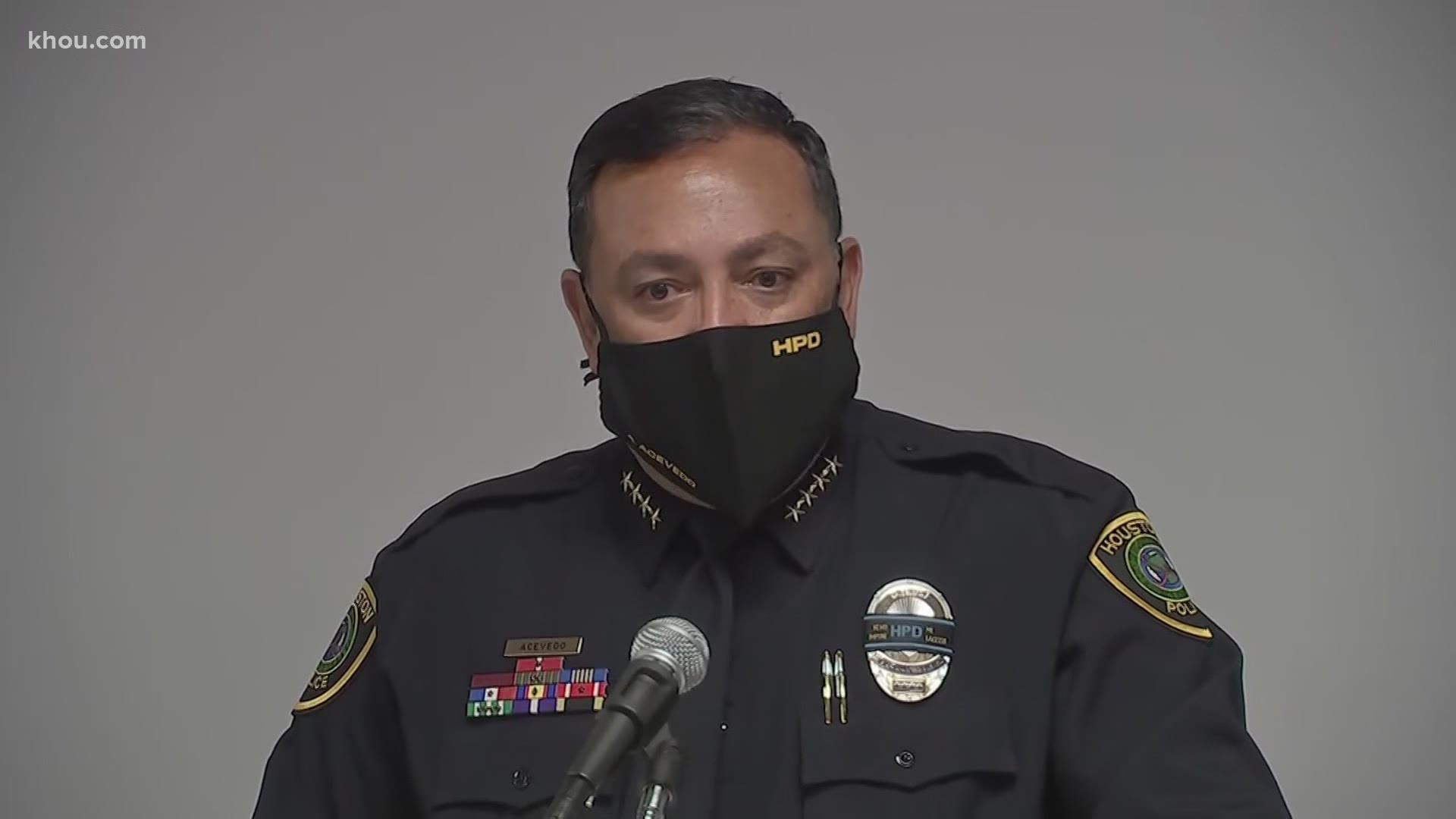 "We've seen more and more situations of minor traffic incidents that are escalating into assaults and shooting," Harris County Sheriff Ed Gonzalez said. "We call on our community to stop aggressive driving and to respect one another on the roadways. It's critical."

On Tuesday, local law enforcement leaders formally announced a joint-initiative with the Texas Department of Public Safety to crackdown on the recent uptick in violence happening on streets and highways.

Houston Police Chief Art Acevedo said more than 200 road rage incidents have been reported in Houston this year, and according to him, at least six of those incidents within the past few weeks ended up being fatal.

"This is an extreme effort on the part of our law enforcement to go out and catch people. Before it's been fairly random," Harris County District Attorney Kim Ogg said. "Now our law enforcement is proactively looking for people out there on the roadway committing crime."

Ogg said another big difference is the district attorney's office will more aggressively seek criminal charges and attempt to have suspects' vehicles taken in violent incidents of road rage, street racing, road takeovers and so on.

"Whether it's rage or not, if a gun is involved, that now means that the legal act of carrying a gun when combined with the reckless driving is a criminal offense, for which you will go to jail," Ogg said. "If you use that weapon and threaten or shoot at another person...then you'll be prosecuted for those more heinous crimes. But just because of the fact that you're taking a risk using a gun, endangering people's lives, allows the district attorney's office under the law, submits a vehicle to forfeiture as a criminal instrument."

Last week, a man crashed his vehicle after another driver shot him in the head in northeast Harris County. Investigators said the victim, who was riding with a woman and three children, was confronted at the intersection by a woman screaming that he had hit her vehicle.

In late November, a shootout erupted between two drivers on the North Loop near N. Shepherd Drive that left one man dead.

And the week before that, a 14-year-old girl was hospitalized in critical condition after being shot multiple times during an apparent road rage incident in the Acres Homes area. The teen's mother was also injured when an unidentified gunman pulled up and started firing, according to police.

Investigators are still searching for the alleged assailants in all three cases, and at last report, none of the suspects have been identified.

"This year has been very difficult, and there's been a lot of lost in both our community and our nation, and we shouldn't be compounding that with carnage on our roadways," Gonzalez said.

Acevedo said more attention will be given to road rage incidents, which authorities agreed are vastly underreported, with help from DPS troopers.

These state troopers are collaborating with HPD and the Harris County Sheriff's Office under a directive from Gov. Greg Abbott to give more support to city's facing violent crime waves, according to a DPS representative. DPS will be using marked and unmarked vehicles to aid in the crackdown, officials said.

"Rage is a factor in many crashes across Texas and it's underreported," DPS Reginal Director Jason Taylor said.

The police chief added that Mayor Sylvester Turner recently approved overtime pay that will allow the department to have more officers on the street.

At least 200 shooting incidents have already been reported to HPD so far in 2020, marking a 33 percent increase from last year, Acevedo said.

“We will be looking to forfeit cars. So those that are out there acting a fool, putting people at risk trying to hurt people you may be doing it on foot by the time this process is done," Police Chief Art Acevedo said.

In another road rage shooting this past Friday, a man driving his pickup was shot and killed in Northwest Harris County. Sheriff Gonzalez said that happened after a minor accident. They've arrested Davion Potts, 21, in connection.

Some have speculated the rise in road rage incidents, and violent crime in general, could be contributed to tensions spurred from the coronavirus pandemic.