Police warn that stickers for gun brands and the NRA may attract unwanted attention from thieves. 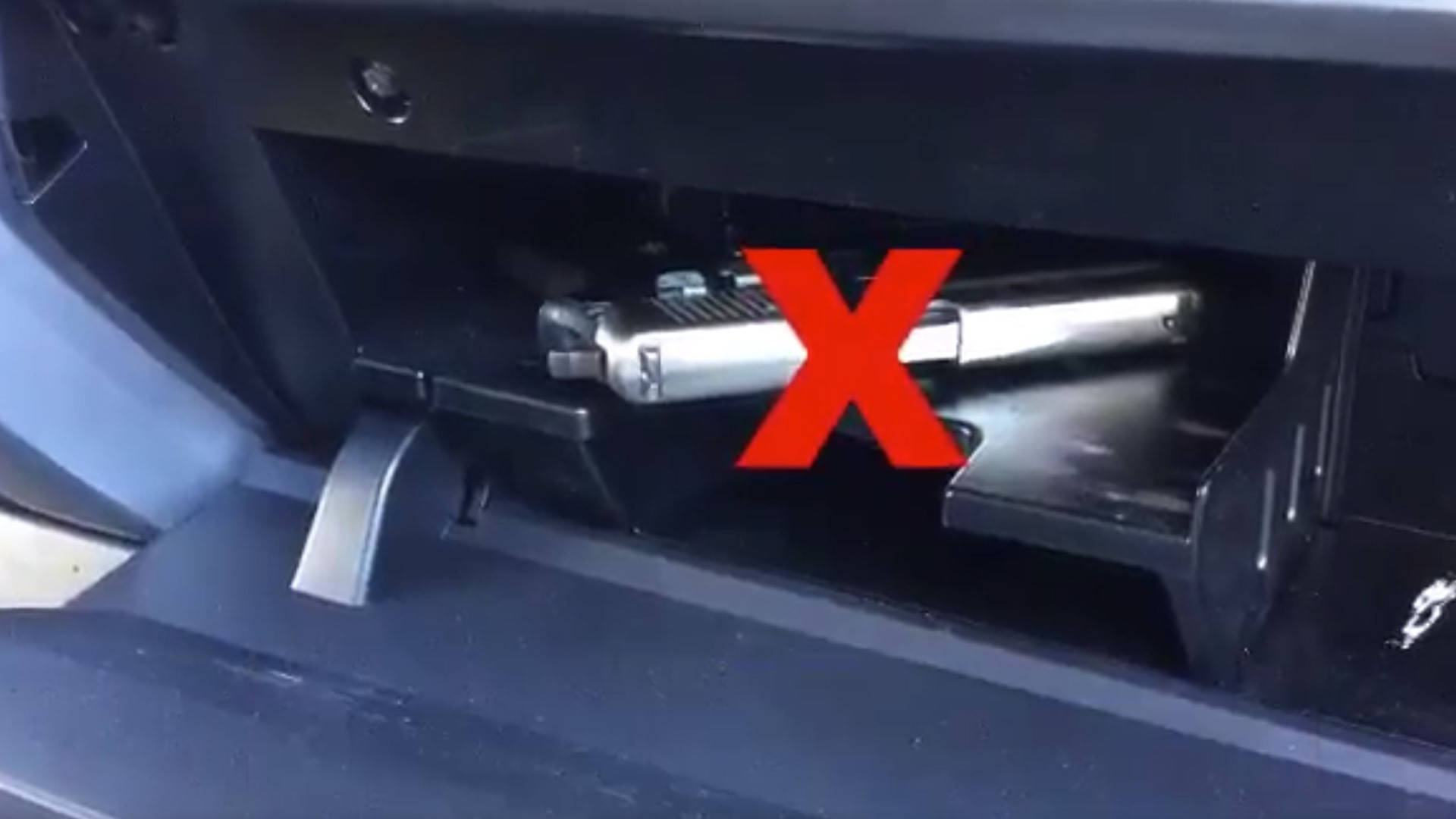 HOUSTON — Houston police are asking for the public’s help in keeping guns out of the hands of bad guys.

In a video released this week, police say thieves are frequently breaking into cars looking for guns, not laptops or electronics.

Police say the best thing we can do is not leave guns in the car, but we know that’s not always possible at venues where weapons are not allowed, like schools, the rodeo or bars.

And that’s in Houston alone – not the surrounding counties or suburbs.

Hicks says gun owners should have a safe mounted in their vehicle, whether it be in the trunk or under seats. (As a plus, the safe can be used for any valuables - not just guns.)

Another way to avoid getting your vehicle broken into is avoid bumper stickers and window stickers that indicate you are pro-gun.

Hicks says thieves look to specifically target trucks, SUVs and cars that have stickers for the NRA, gun brands and even hunting stickers.

“Having a gun is a great responsibility,” he says. “We need your help keeping them out of the hands of bad guys.”

RELATED: Hundreds of guns found in Texas airports in 2019