Police confronted the man, who they said was armed with a knife. 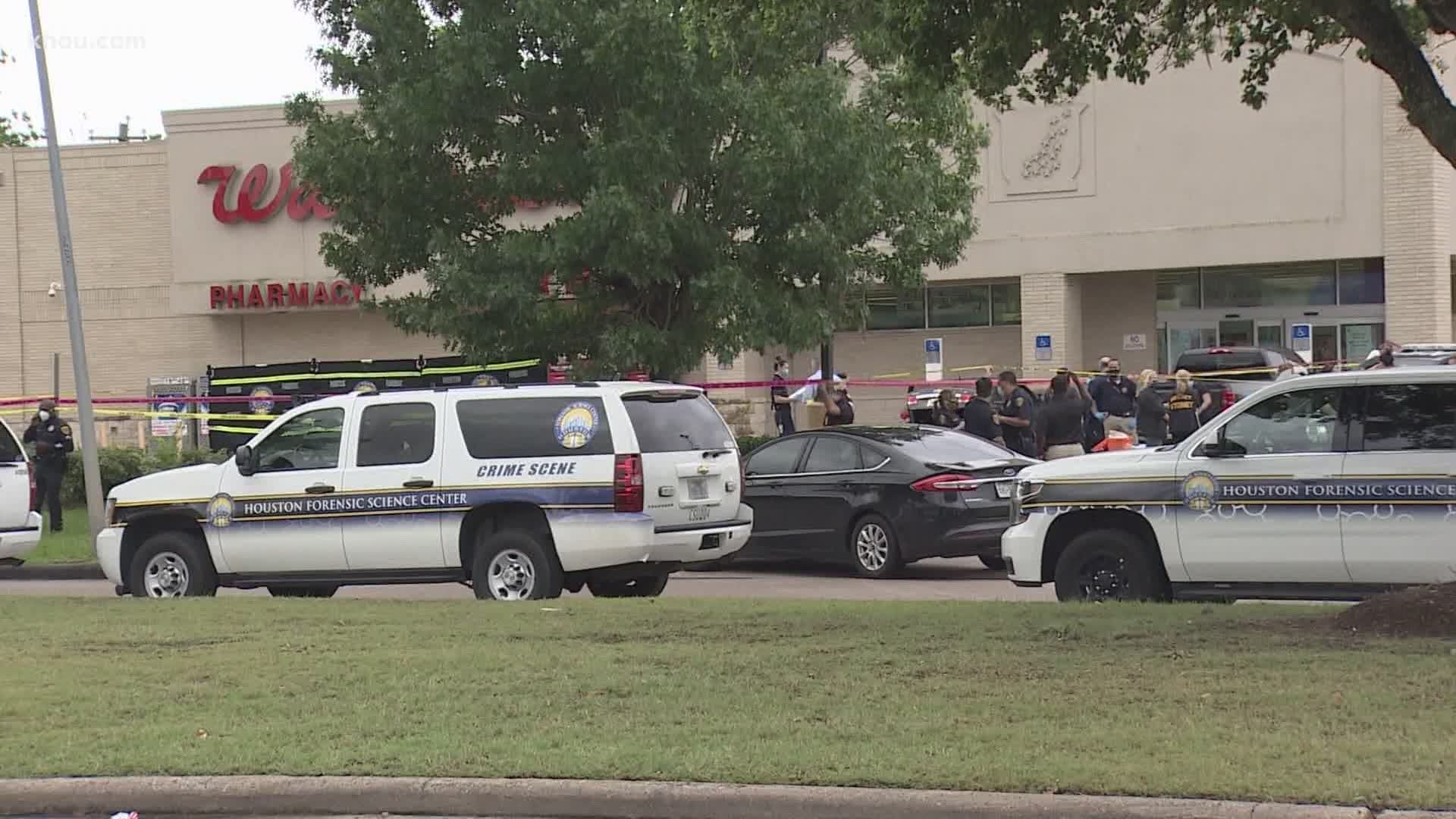 HOUSTON — A Houston police officer shot and killed a man who they said stabbed an elderly woman Saturday morning -- the fifth officer-involved shooting in three weeks in Houston.

The shooting occurred around 10:15 a.m. in the 8600 block of South Braeswood Boulevard at South Gessner on the city's southwest side.

Houston police Chief Art Acevedo said a "suspicious person" was approaching people at a Fiesta Mart and scaring people with a knife, asking for money.

A few minutes later, a person matching the description of the man at the Fiesta was outside a nearby Walgreens.

Witnesses said an 80-year-old woman was exiting the Walgreen's when the man came up to her and stabbed her in the chest as she was getting into her car.

A woman who witnessed the attack went to help the woman, and applied pressure to the woman's chest. She told police the suspect was in the woman's car, rifling through her stuff.

The chief said an officer driving by Walgreen's was flagged down and confronted the man, who had a 6-inch blade. The suspect would not comply with his commands, and the officer shot him twice.

Acevedo said he has reviewed body camera footage of the incident, as well as security footage from the Walgreens. Witnesses told police said the officer "had no choice" when the suspect came at him with a knife.

The officer is a nine-year veteran who has never been involved in a shooting before. The chief said the officer was just stopping at the Walgreens and happened to be there when he was flagged down about the stabbing.

Neither the victim, the suspect nor the officer have been identified. 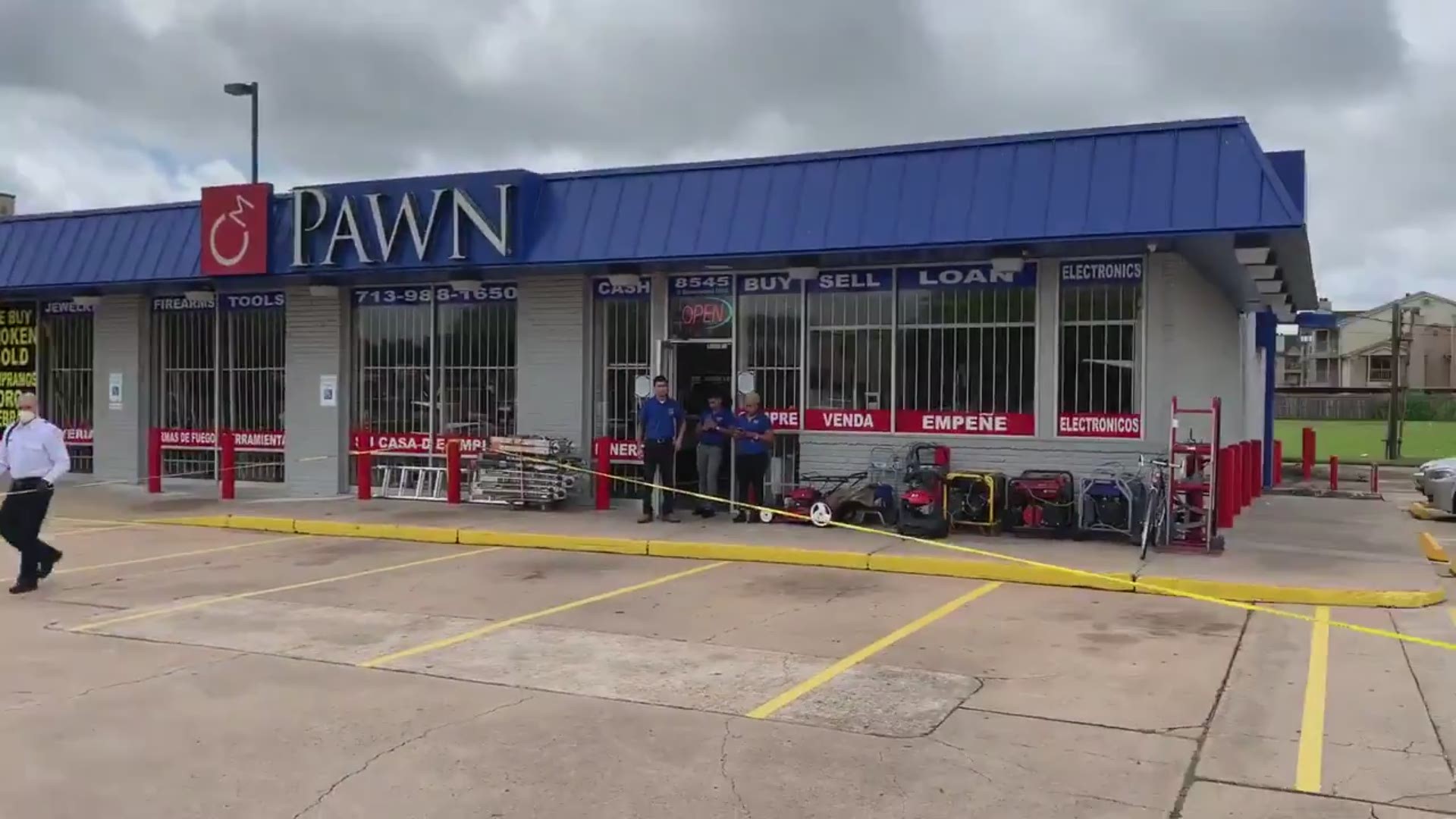 This is a developing story. Refresh this page for updates and watch KHOU's afternoon and evening newscasts for the latest.

Saturday's is the latest in a string of officer-involved shootings. It's the fifth in three weeks.

Here is a rundown of the previous four officer-involved shootings involving Houston police:

On April 21, Houston police said they got calls about an armed man who was possibly trying to commit suicide and was running in and out of traffic.

Eventually, officers found him on the east side near I-10 and Gazin.

“This individual kept coming towards the officers, refusing commands to drop the knife, drop the weapon," Acevedo said.

Video of 911 calls before shooting; (WARNING: Contains profanity that some may find offensive)

Houston police shot and killed a man who was allegedly firing multiple gunshot rounds around his family’s home on the east side early Monday morning.

Acevedo said three HPD officers that were on the next street over believed the suspect pointed his weapon and fired shots in their direction. Those officers returned fire with their rifles, shooting and killing the suspect.

A DWI suspect died after being shot following a struggle with a Houston police officer in the Greenspoint area overnight, police said.

As the officer began to place the suspect under arrest a violent struggle ensued, police said.

Police said the struggle lasted a few minutes, and then officer discharged his Taser. However, the suspect obtained the Taser at some point during the struggle.

The officer continued to give verbal commands and then fired three to four rounds and struck the suspect at least twice, police said.

A man was shot to death Thursday by an HPD officer after a tense situation in Houston's south side.

Around 6:25 p.m., the Houston Police Department received a call about a suspicious person brandishing a firearm near the intersection of Scott and Mt Pleasant streets. About 5 minutes, later, Houston Police Chief Art Acevedo said the first responding officer arrived at the scene and found a man with a gun stashed inside his hoodie pocket.

Houston police said they later learned the gun was a BB gun replica of a 9 mm Beretta.

When the suspect appeared to reach for the gun, Acevedo said, Officer J. Goff opened fire, striking the suspect at least once. He was later pronounced dead at the hospital.