The Texas Department of Public Safety says William Lee Lacy, 46, was arrested on North Park Drive at FM 494. He is being charged with first degree DWI. 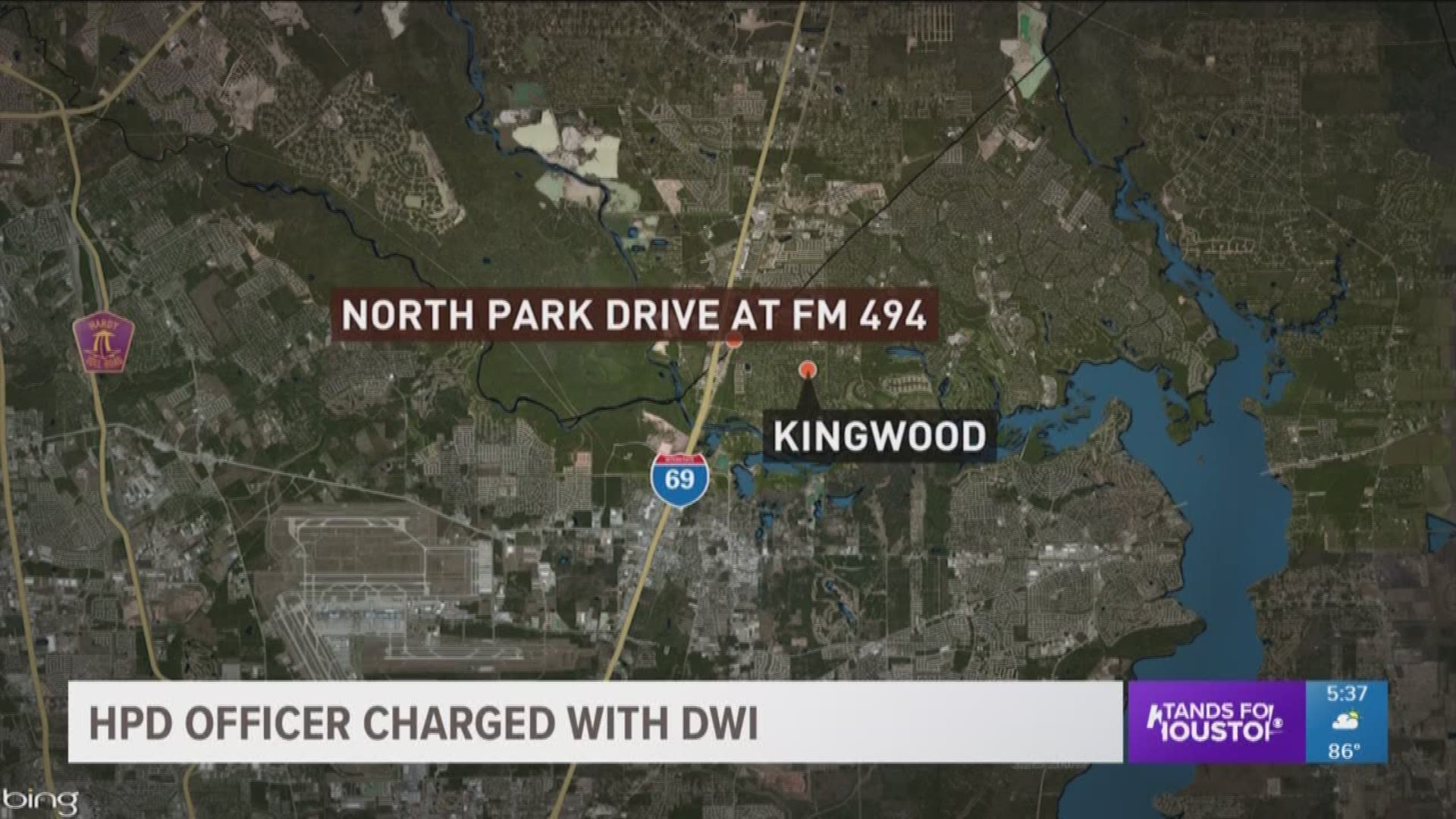 HOUSTON — A Houston police officer has been arrested for driving while intoxicated Saturday night in Montgomery County, according to officials.

The Texas Department of Public Safety says William Lee Lacy, 46, was arrested at about 11:30 p.m. on North Park Drive at FM 494.

A DPS trooper pulled Lacy over for a traffic violation. DPS officials said he showed signs of intoxication.

Lacy was taken to Montgomery County Jail where a blood sample was drawn. He is being charged with 1st degree DWI.

The Houston Police Department says Lacy has been "relieved of duty" pending the outcome of an investigation.