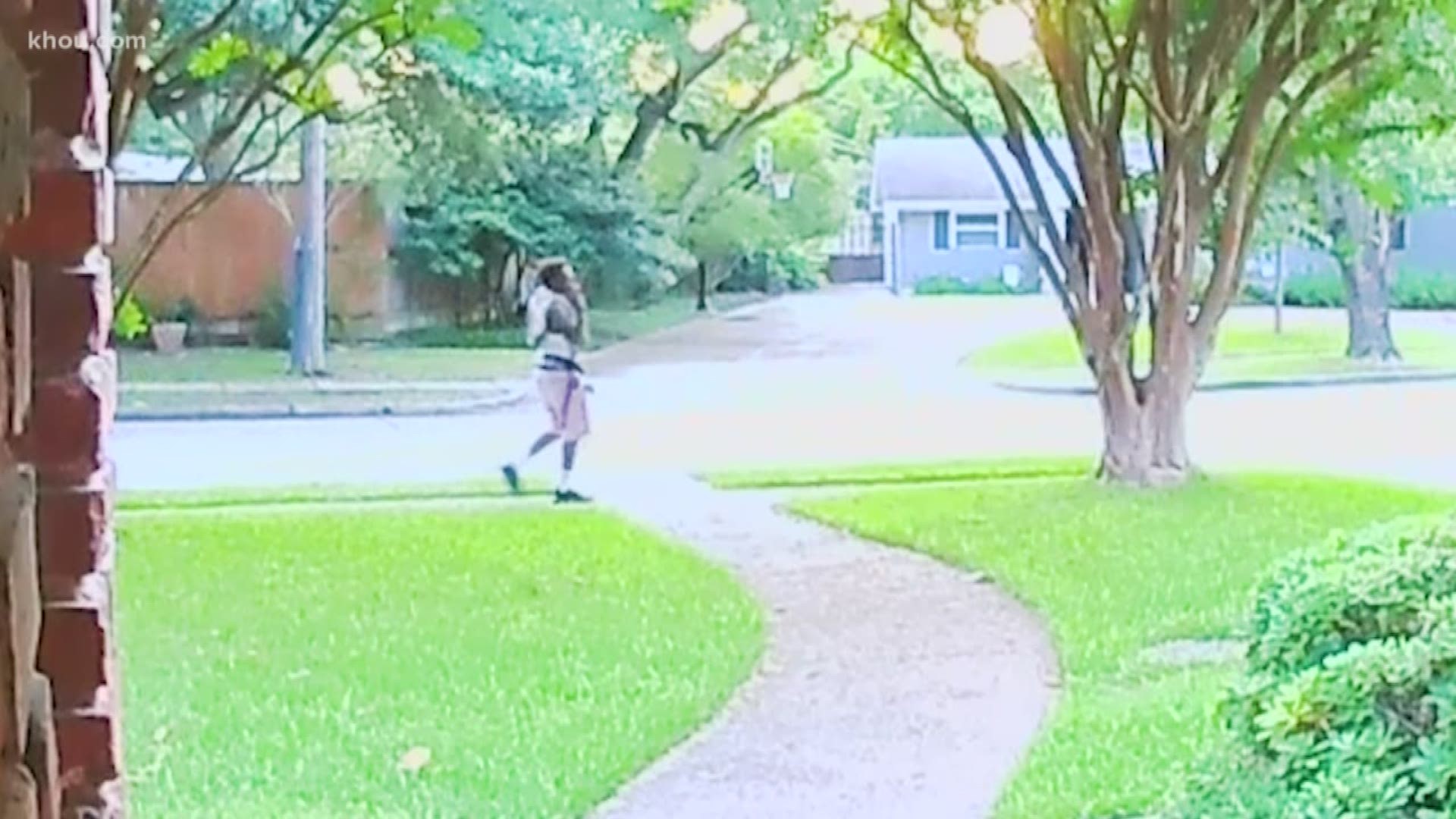 HOUSTON — Law enforcement officers in Houston and Harris County are searching for a man who referenced the Grand Theft Auto game during a carjacking.

Jessica DeBoe, one of the suspect’s carjacking victims, said the man mentioned the game while he was stealing her car.

“He said this was all like Grand Theft Auto to him. Like a game," said DeBoe. “A simulation.”

“It was very strange because as he was talking and asking about AAA, I saw the gun in his waistband,” said DeBoe. “After I told him I didn’t have any spare tires that’s when he grabbed it and then he’s like 'Alright then, I’m going to need your car.'”

Precinct 4 Constables who were responding to an armed robbery at a Whataburger off Kuykendahl Road in Spring found DeBoe’s silver Kia Soul in the parking lot.

Constables confirm the carjacker stole someone else’s vehicle at Whataburger and stopped at Timewise and Stripes gas stations, less than a mile away, and attempted to rob them at gunpoint too.

Right now, Precinct 4 Constables are searching for surveillance video to provide a better description of the suspected carjacker.

DeBoe’s Kia is being processed by the Houston Police Department.

Tuesday afternoon, HPD officers checked in with the DeBoe family and returned several expensive items recovered in the car.