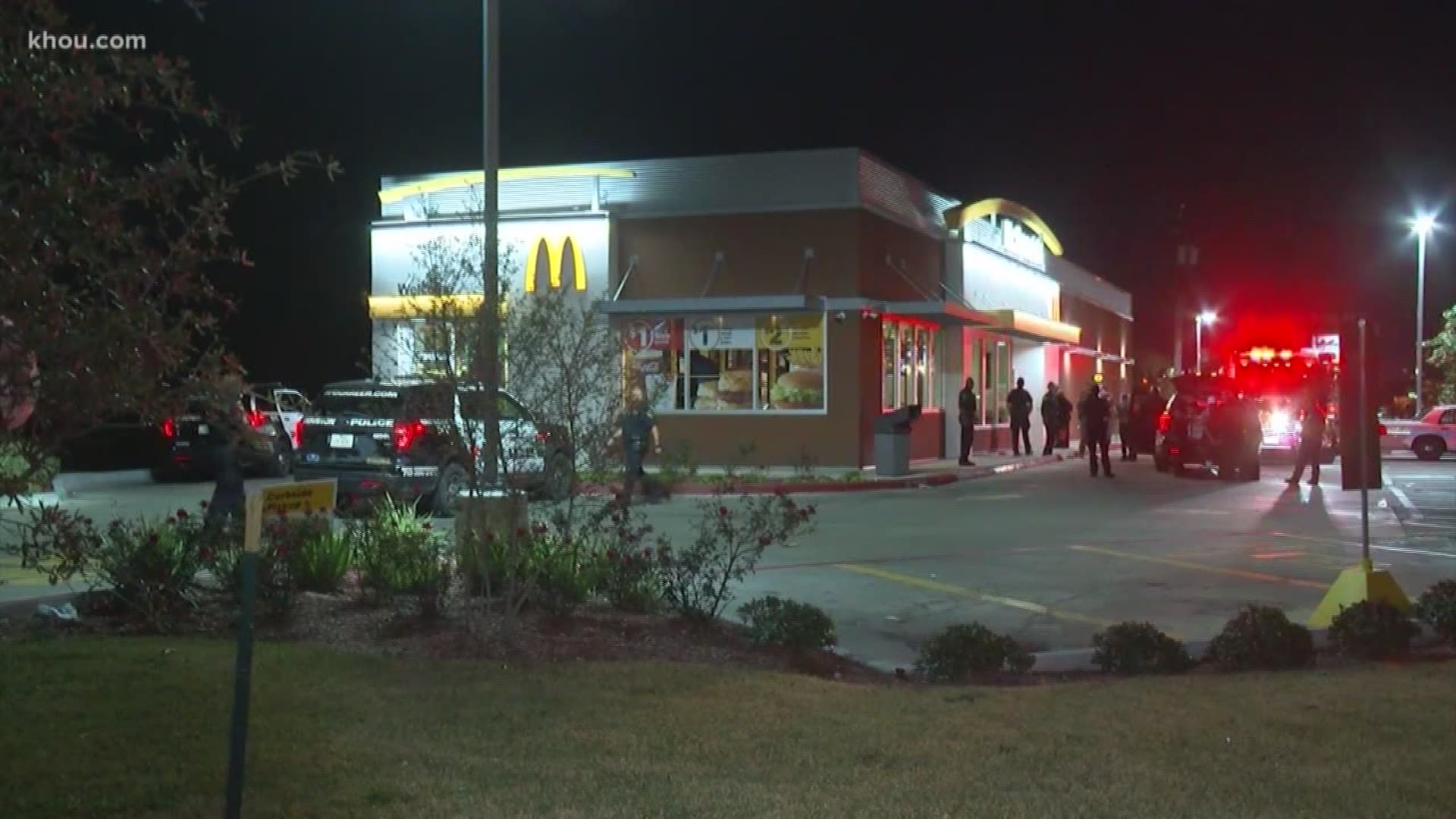 HOUSTON — Police responded to a McDonald’s in east Houston overnight after reports of a robbery.

At about 12:30 a.m. Tuesday police were called to a robbery in progress in the 10300 block of the East Freeway.

Police arrived and were told the suspect climbed through a window and may still be in the fast food restaurant.

A K-9 unit was called in, and police sent the dog into the restaurant after they were told all employees were outside. But the police dog found and bit a female employee still in the restaurant who was hiding under boxes near the door.

The robber was not located, however.