Police say they have seen more car break-ins with guns stolen so far in 2020 compared to the same period in 2019. 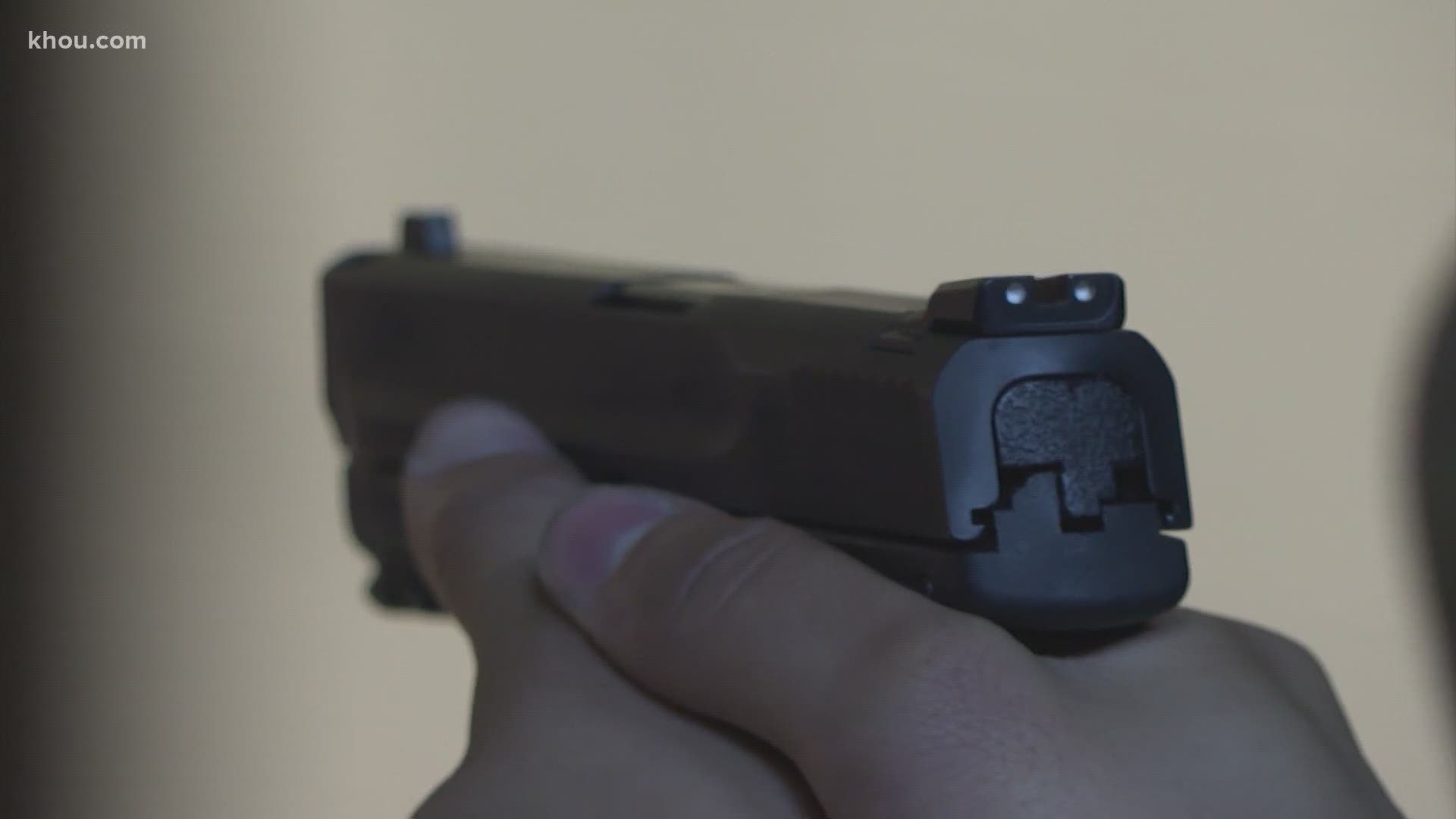 "Jugging" is a term typically used to describe crooks watching an unsuspecting person go to an ATM and take out cash, then following that person to another location and robbing them.

Recently, police say they are seeing that same type of crime, but instead of ATMs, crooks look over shooting range parking lots. And instead of cash, they steal guns.

That means at least 108 more guns were stolen so far in 2020, and each break-in sometimes involves a theft of multiple guns, police said.

“These guys are targeting those people," said Sgt. Tracy Hicks. "They’re also learning, why not go for more than one gun?”

They arrested 19-year-old Michael Parker and 19-year-old Victor Gwinn, whose car police had their eyes on from a previous "gun jugging" case, according to Harris County prosecutors.

Both were charged with engaging in organized crime, and court documents say they are documented members of a criminal gang.

Law-abiding gun owners are familiar with the sentiment: criminals will find illegal ways to get their hands on guns.

Hicks said one way the public can prevent that is to secure their firearms, either in a gun safe in their vehicle, or by bringing them home after their range time.

"That’s something you have to live with, that your complacency was a factor in that," Hicks said.

He said police all over the country are contacting Houston police to tell them about a Texas person's gun being used in a crime in a different state.

In this case, Parker and Gwinn watched a man who had just put his guns into his SUV at a local shooting range and followed him until he stopped at a restaurant. They then broke into his car and stole his gun.

“One less gun on the street is one less victim out there," Hicks said.