The police union president fired back on Twitter, calling the chief’s remarks a “sad state of affairs.” 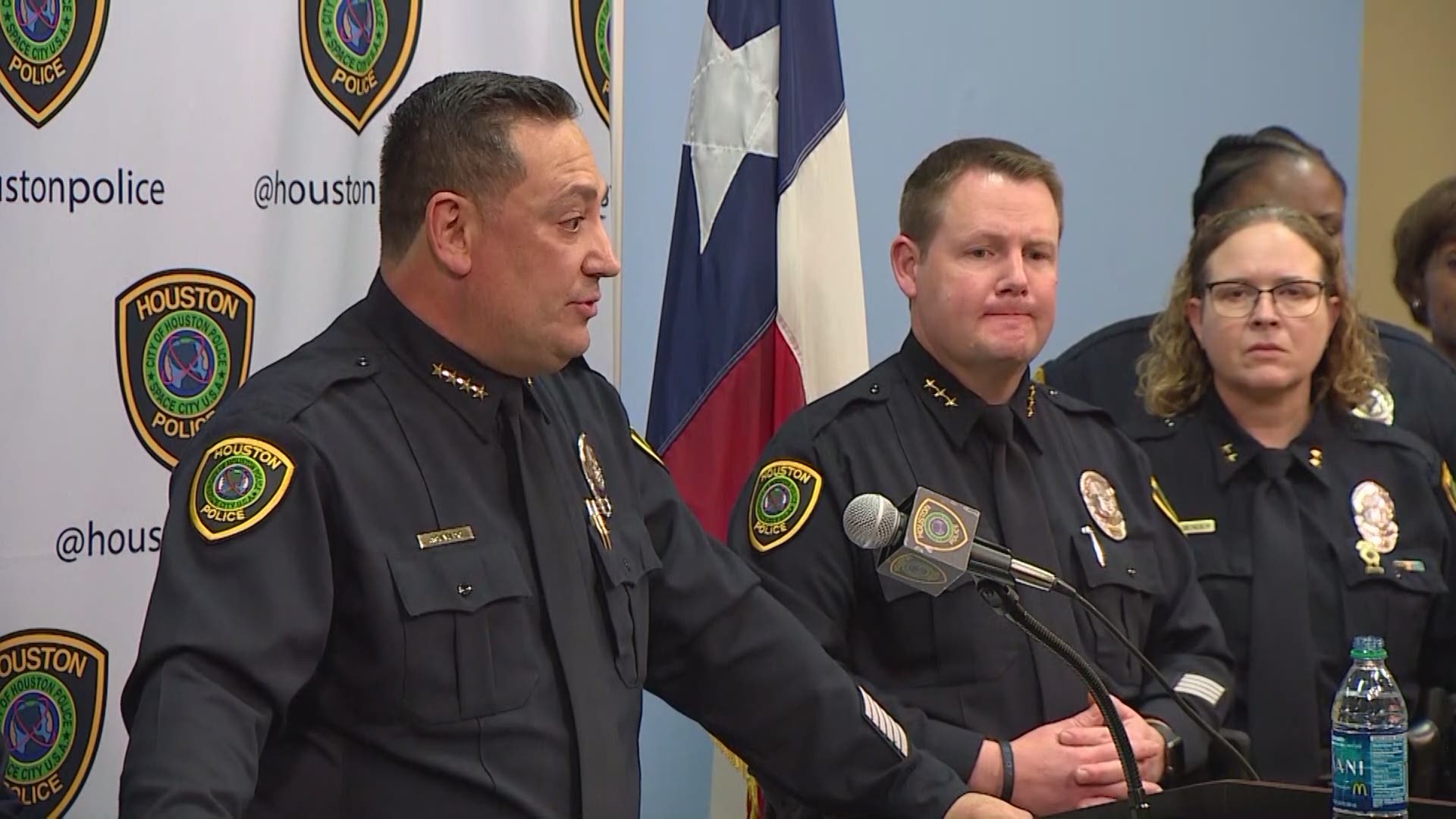 HOUSTON — Houston Police Chief Art Acevedo condemned comments made earlier this week by the union president, who appeared to blame the shooting of four HPD officers on anti-police rhetoric.

The chief said Thursday “without a doubt, rhetoric had nothing to do with this case.”

Two of those officers were critically injured and have a long road to recovery from surgery at Memorial Hermann Hospital. Chief Acevedo said both of the critically injured were shot in the neck. Another officer injured his knee during the deadly shootout.

Dennis and Rhogena Tuttle, suspected drug dealers, were both killed.

Houston Police Officers’ Union President Joe Gamaldi said during a press conference Monday police are sick and tired of having targets on their back, and “dirtbags” trying to take their lives.

Gamaldi went on to say that “if you’re the ones that are out there spreading the rhetoric that police officers are the enemy, just know we’ve all got your number now, we’re going to be keeping track of all of y’all, and we’re going to make sure that we hold you accountable every time you stir the pot on our police officers. We’ve had enough, folks. We’re out there doing our jobs every day, putting our lives on the line for our families.”

WATCH: HPOU President Gamaldi: 'We are sick and tired of having targets on our back'

Activists were critical of the comments. An organizer for Black Lives Matter Houston said he worried Gamaldi’s remarks could create deeper divides.

On Thursday, Acevedo said he wanted the focus shifted back on the wounded officers, and accountability more broadly for both the police and community.

“I don’t want to ever, as a police department, paint anybody with a broad brush based on the actions of one or a group of individuals,” Acevedo said. “We need to judge people individually based on their actions. So I’m asking everyone here to tone it down. And I’ve asked him that, too. And let’s focus on the good. And we fall short, let’s focus on holding people accountable, including the community. It’s a mutual responsibility. Accountability is a two-way street.”

Acevedo also mentioned how uncomfortable other officers were with Gamaldi’s off-the-cuff comments. He said he came close to yanking Gamaldi off the podium at Monday’s press conference because the remarks took him by surprise.

“It was over the top,” Acevedo said.

“In one sense, I get it. But that was not the place. This was not the incident. This had nothing to do with any of the stuff he was talking about.”

Gamaldi responded on Twitter, referencing the chief’s remarks as a “sad state of affairs.”

“I was just at City Council defending @houstonpolice budget, while doing so, I was told I was being thrown under the bus at a news conference,” Gamaldi said in a tweet. “Sad state of affairs when defending reputation of the brave men and women of law enforcement is frowned upon by a few.”

Chief Acevedo: No truth to these 'crazy conspiracy theories'