It was still daylight out when man was robbed and assaulted at a Houston gas station, police say

The man told police he was walking out of the store when one suspect pulled out a gun and pointed it to his head while another suspect hit his head with a brick. 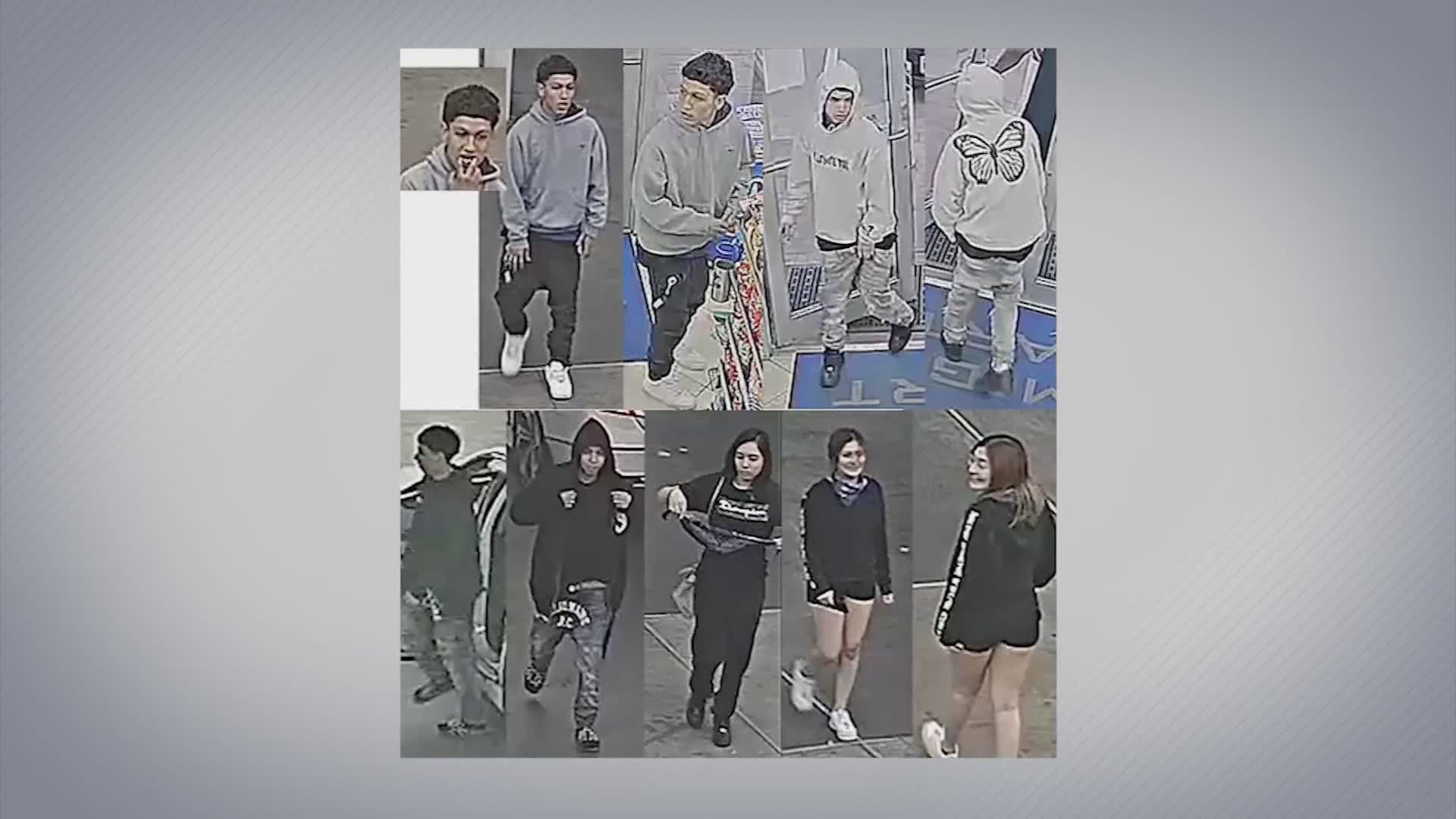 HOUSTON — Houston police are searching for five suspects accused of robbing and assaulting a man at a convenience store in the Gulfton area.

The incident happened around 6:35 p.m. April 15 at a store in the 5400 bock of Chimney Rock Road. The man told police he was walking out of the store after buying lottery tickets when one suspect pulled out a gun and pointed it to his head while another suspect hit him in the head with a brick.

The victim told police both suspects demanded his wallet while he was being assaulted. He said he struggled with the suspect who hit him with the brick before the suspect shot at the victim, narrowly missing him.

“I’m 2 or 3 feet from him, steadily moving back, telling him, you know, 'Stop this, man! Stop this chaos!' And he took the shot," the victim said.

The victim then ran away as the suspects sped off in a white Honda Accord. Police determined the Accord was stolen on April 14 in the 1500 block of Eldridge and was found again on April 20 – abandoned and heavily damaged – in the 21000 block of Provincial Boulevard in Katy. When officers found the car, they also discovered electronics they say were likely also stolen.

Armed suspects brutally assault victim and then steal his wallet as he leaves a convenience store at the 5400 block of Chimney Rock on April 15. Suspects then flee the location in a stolen vehicle. Recognize them? Call @CrimeStopHOU w/info. See full story->https://t.co/yyTSGorpkx pic.twitter.com/hP58EGia5p

“It was disheartening to see," said Edward Pollard, Houston City Council District J. “Not only was an individual’s life almost taken, but it seemed to be by teenagers."

Pollard said that the fact that the car was stolen in west Houston and dumped in Katy is a reminder crime affects more than just one neighborhood.

“What that shows, is our entire city right now is facing an issue right now as it pertains to crime and public safety," he said.

Pollard launched a new way for citizens to report crimes online and track progress in December. It's called District J Patrol and is one way he hopes to get the community more involved in solving crimes like these.

“This is a way to bridge the gap between police and community and get real-time engagement from the residents," Pollard said.

He also said he expects a vote later this month on creating what's called a "Management District" for the Gulfton area. It would provide increased police patrols and Pollard hopes it can curb rising crime rates.

Police describe the suspects as follows: