The unidentified suspect was taken into custody Tuesday afternoon in connection with the shooting death of HPD Sgt. Sean Rios. 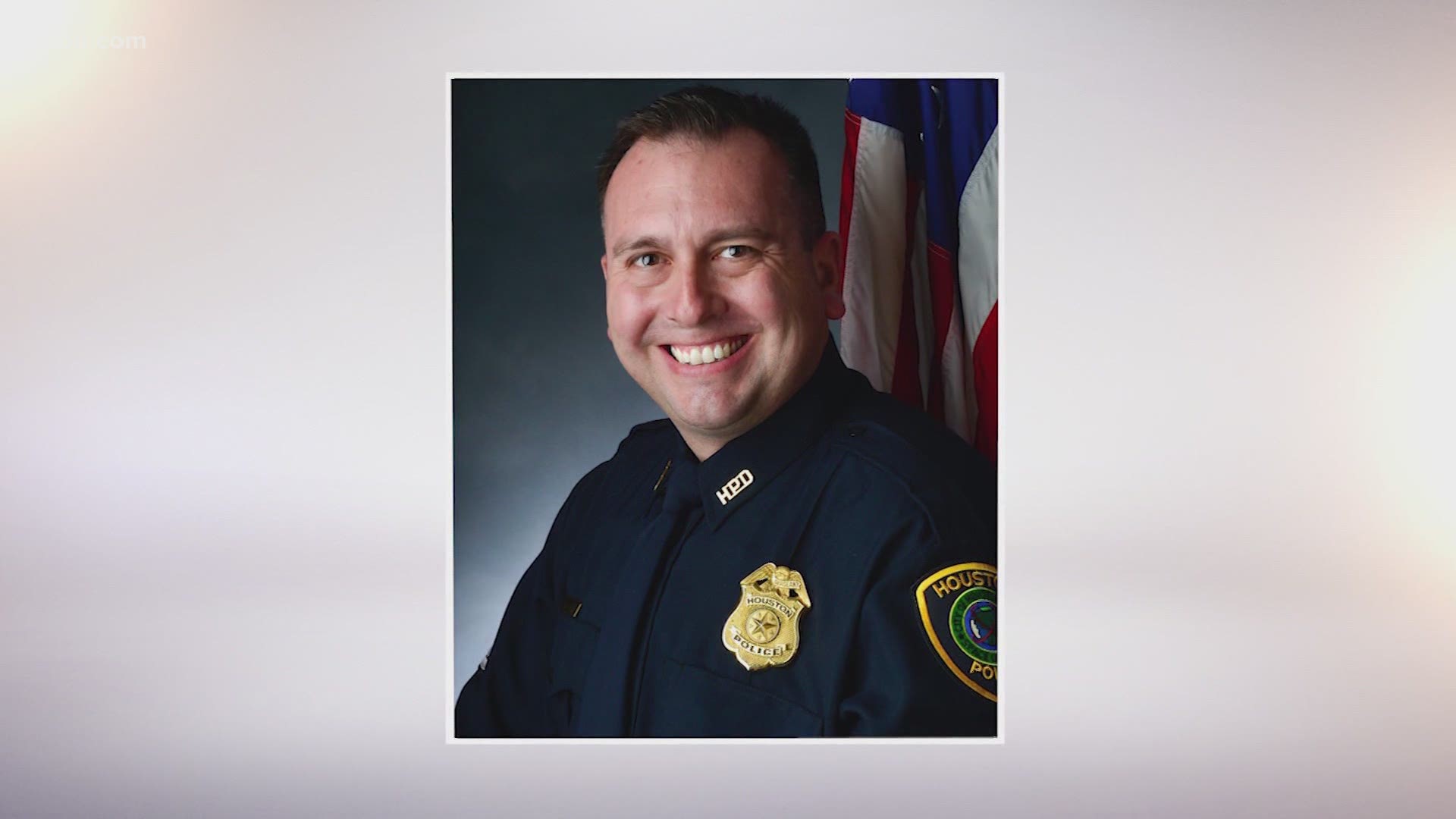 HOUSTON — Houston police have arrested a suspect in the shooting death of Sgt. Sean Rios.

He was taken into custody without incident on the Katy Freeway, according to Houston Police Chief Art Acevedo.

"We can all breathe a sigh of relief," he tweeted.

The chief will have a news conference with more details at 5 p.m. and you can watch it live on KHOU 11, our website, app, YouTube and social media pages.

Sgt. Rios was shot and killed Monday outside a motel off I-45 North.

He ran into the Taj Inn & Suites for help but he died in the lobby.

Police say Sgt. Rios was inside a black Kia and on his way to work when someone fired several shots into his vehicle. Police Chief Art Acevedo said Sgt. Rios returned fire but it's not clear if the suspect was hit.

Witnesses told police the gunman fired multiple shots from across the street in a blue four-door Mercedes, which police believe they've found. Acevedo said they think someone picked up the suspect in a black pickup.

RELATED: 'We are heartbroken' | Houston police officer killed was father of four

Members of the @houstonpolice have taken the suspect believed to be responsible for the shooting death of Sergeant Sean Rios into custody without incident on the Katy Freeway.

MTF at press conference at HQ at 5 p.m.

We can all breath a sigh of relief.

The shooting happened around 1:30 p.m. in the 7700 block of I-45 North near Stuebner Airline and West Canino Road.

Police still don't know what led to it but they say they have some leads.

Sgt. Rios is survived by four children, ages 9, 12, 14 and 17, and his parents and his brother. He also has two cousins who are HPD detectives.

"Our hearts are broken," Acevedo tweeted. "We will never forget him and will see his 4 children, family and friends through this painful loss. RIP."

"I'm going to ask this city to pray for Sgt. Rios' family, for his children, for his parents," Mayor Sylvester Turner said in a news conference.

He also asked for prayers for the Houston Police Department. They've lost four officers this year.

"They are in a great deal of pain right now," the mayor said. "This is a tragic case and it's been a really rough year in our city."

Our hearts are broken over the death of @houstonpolice Sergeant Sean Rios who was shot and killed during an exchange of gunfire this afternnon. We will never forget him and will see his 4 children, family and friends through this painful loss. RIP pic.twitter.com/QBHx2bymWY

Sgt. Rios had been with HPD for 25 years.

This is the third fatal shooting of a Houston law enforcement officer in less than three weeks.

Scroll down for more.

Sgt. Harold Preston, a 41-year veteran of HPD, was shot and killed in the line of duty when he w as responding to a domestic disturbance call on Oct. 20. He was two weeks away from retirement.

Officer Courtney Wheeler was also shot but he survived.

HFD Arson Investigator Lemuel "DJ" Bruce was also shot and killed while investigating a string of arsons in the Greater Heights area.

The man who killed him took his own life.

Heartbreaking to hear that Houston has lost another police officer — the 2nd in 3 weeks & the 4th this year. Our brave law enforcement puts their lives on the line for us everyday. As we await further details, please keep @houstonpolice in your prayers. https://t.co/up3zEV4VmE