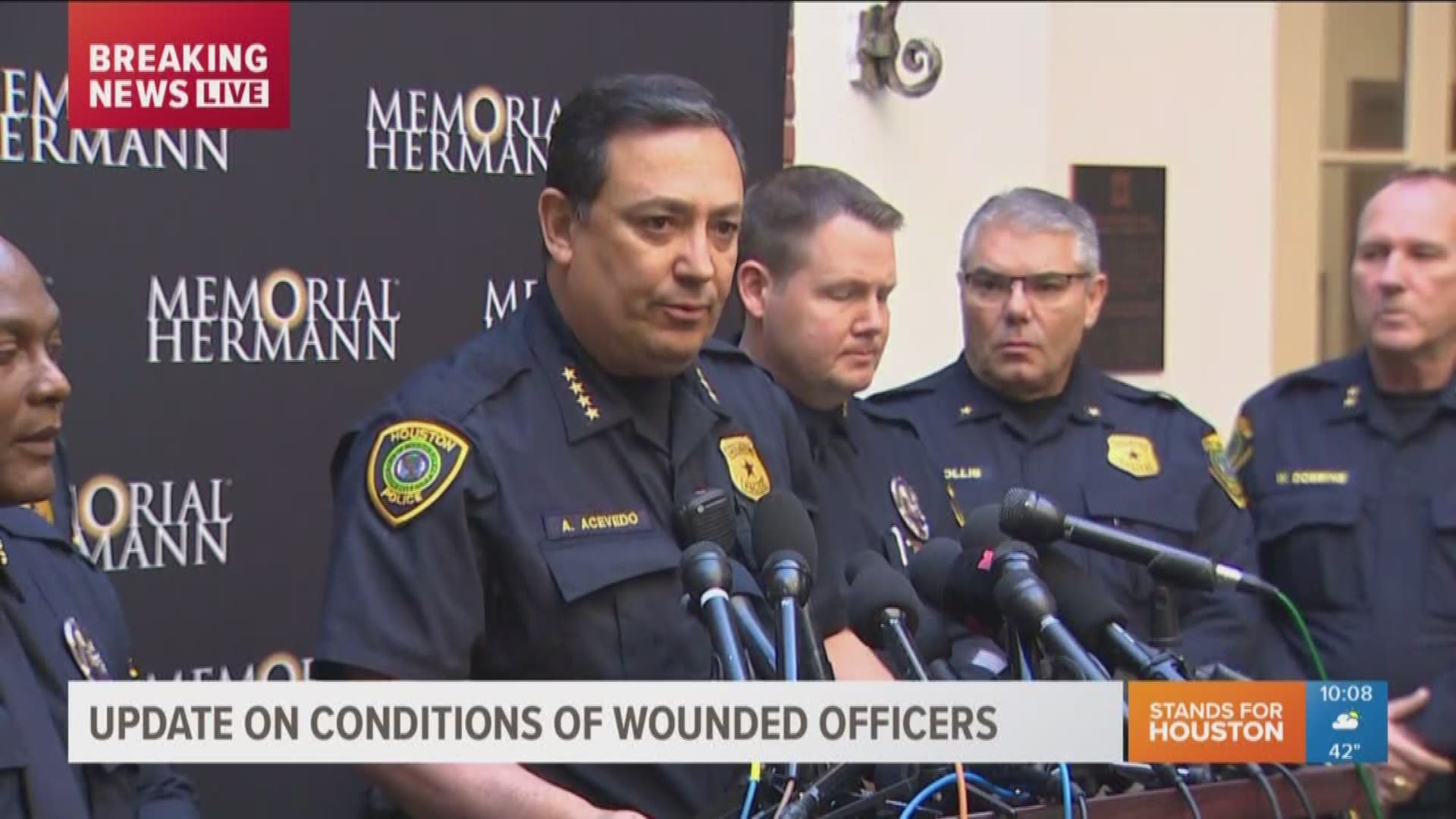 HOUSTON — One of four Houston Police officers shot Monday while serving a drug warrant in southeast Houston is all too familiar with the dangers officers face every day.

Houston Police Chief Art Acevedo said this was the third time the 54-year-old veteran officer had been shot during his career with HPD. The other shootings happened in 1992 and 1997.

The critically injured officer's name is not being released because he works undercover.

Chief Acevedo said he rammed the door at the home in the 7800 block of Harding, allowing his team to enter. When one the suspects inside opened fire, the 32-year veteran risked his own life and ran inside to help his injured officers.

That's when he was shot in the face.

“He wrote a note this morning saying, ‘I had to go in there because I knew my guys were down,'" Acevedo said.

The chief described him as a "big teddy bear ... strong ox, tough as nails."

“The only thing bigger than his body ... is his courage. God had to give him  that big body to be able to contain his courage," Acevedo said. "I want some of that courage to rub off on me."