"She had to have been living in constant fear and she didn’t want us to know," the victim's mother said. 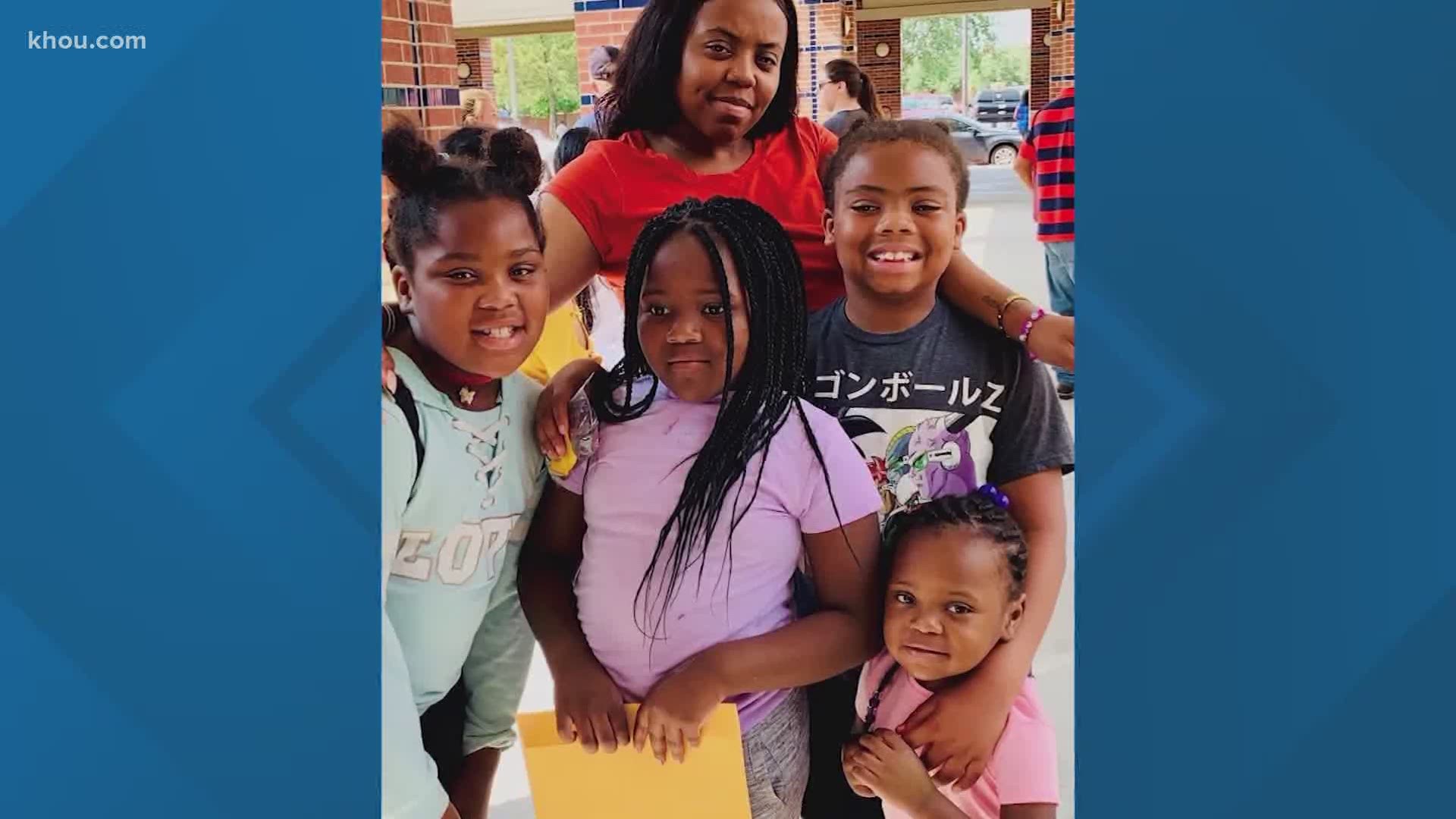 HOUSTON — A west Houston mother of five who was murdered last week had a protective order against the man accused of killing her.

Cedgadrick Ardarius Harris, 24, is accused of shooting 28-year-old Kimberly Robinson and her 4-year-old daughter early on the morning of July 17.

"It’s like a nightmare. It’s like a dream that I keep asking somebody to wake me up," said Janet Robinson, the victim's mother.

Police say the little girl was sleeping beside her mom when Harris kicked the door in and shot them both.

Harmony’s jaw and shoulder were grazed by a bullet but she’s doing better.

RELATED: Suspect in shooting death of young mother of 5 now in custody

RELATED: 'Monster' charged in shooting of mother of 5 and her 4-year-old daughter

Four other children, ages 12 and under, were in the apartment but weren’t hurt.

Janet Robinson said as soon as she got the call, she knew who did it.

Harris was charged with capital murder and remains behind bars after surrendering Monday night.

Relatives say Harris is Kimberly Robinson’s ex-boyfriend and they call him “a monster.”

Court records show the 28-year-old had gotten a protective order against Harris in November. Police were called out again after he allegedly violently attacked her last month.

"I want girls to know, you have to tell somebody. When I think about it, she had to have been living in constant fear and she didn’t want us to know," Janet Robinson said.

A candlelight vigil and balloon release will be held in Robinson’s honor at 7 p.m. Thursday behind Cy Spring High School.

This DeSoto couple battled COVID-19, cancer and chemo and survived them all