'No peace of mind when you shop' | Houston couple followed, robbed after leaving River Oaks District

Shoppers are asked to stay alert as robbery crews are targeting people at some of Houston's high-end shopping centers near the Galleria. 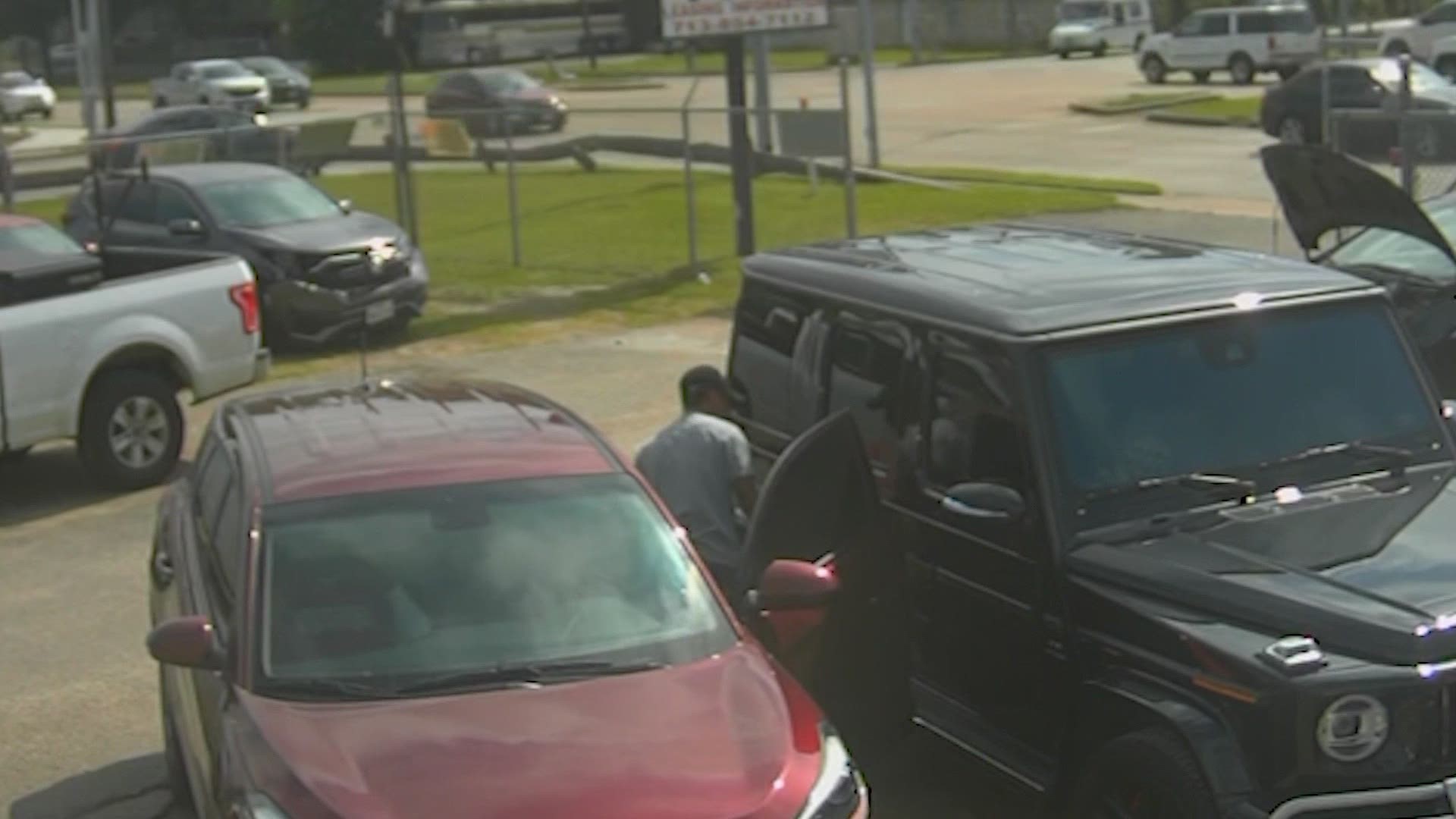 HOUSTON — Robbery crews are targeting shoppers at high-end shopping centers near the Galleria. Police say they watch you shop, then follow you home to rob you, also known as "jugging."

It happened to one couple shopping Wednesday afternoon at the River Oaks District.

"There's no peace of mind when you shop somewhere now," said Jay.

Jay and his wife walked into Hermes. Two pairs of shoes, a pink exotic alligator skin bracelet and a women's yellow bathing suit later, they walked out with $5,000 worth of purchases.

"I guess they followed us from valet parking," Jay said.

From there it was a 15-minute drive to their next stop, a collision center in Spring Branch.

"They were pros. They knew what they were doing," Jay said.

Jay pulled in to the auto shop. Cameras capture a red Hyundai Tucson a few seconds behind.

"They ran their cameras back, and we identified the same vehicle driving through the River Oaks District," Jay said.

That same vehicle spent the next 30 minutes driving up and down the parking lot at the auto shop. They also watched from the gas station across the street. One of the crooks is seen walking in to buy some tacos.

Jay said they were watching and waiting for his wife to get out of the car.

"As soon as she got out, the car was at the light, they made a U-turn, came into the parking lot, pulled right up," Jay said.

They swiped the shopping bags in the back and sped off, nearly crashing into an innocent driver as they pulled out.

"We always see it happen on the news, never thought it would happen to us," Jay said.

But these crimes are happening more often. Houston Police say lately they're zeroing in on shoppers near the Galleria and then following them home.

Just last month, a man was robbed and shot in Tanglewood after being followed home from a nearby restaurant.

"It changes the scope of shopping," Jay said.

Jay's hopeful this video helps shut these crews down before someone gets killed.

"They can come anywhere anytime and rob people blind," Jay said. "Hopefully we can get them off the streets."

"We take the recent uptick in crime throughout Houston with the utmost concern and continue to work closely with the Houston Police Department. The property has always had comprehensive staffing of private security and off-duty police department officers. River Oaks District remains dedicated to the safety of our community and have fortified our existing security program."