The chase started with a burglary alarm on Houston's northwest side. 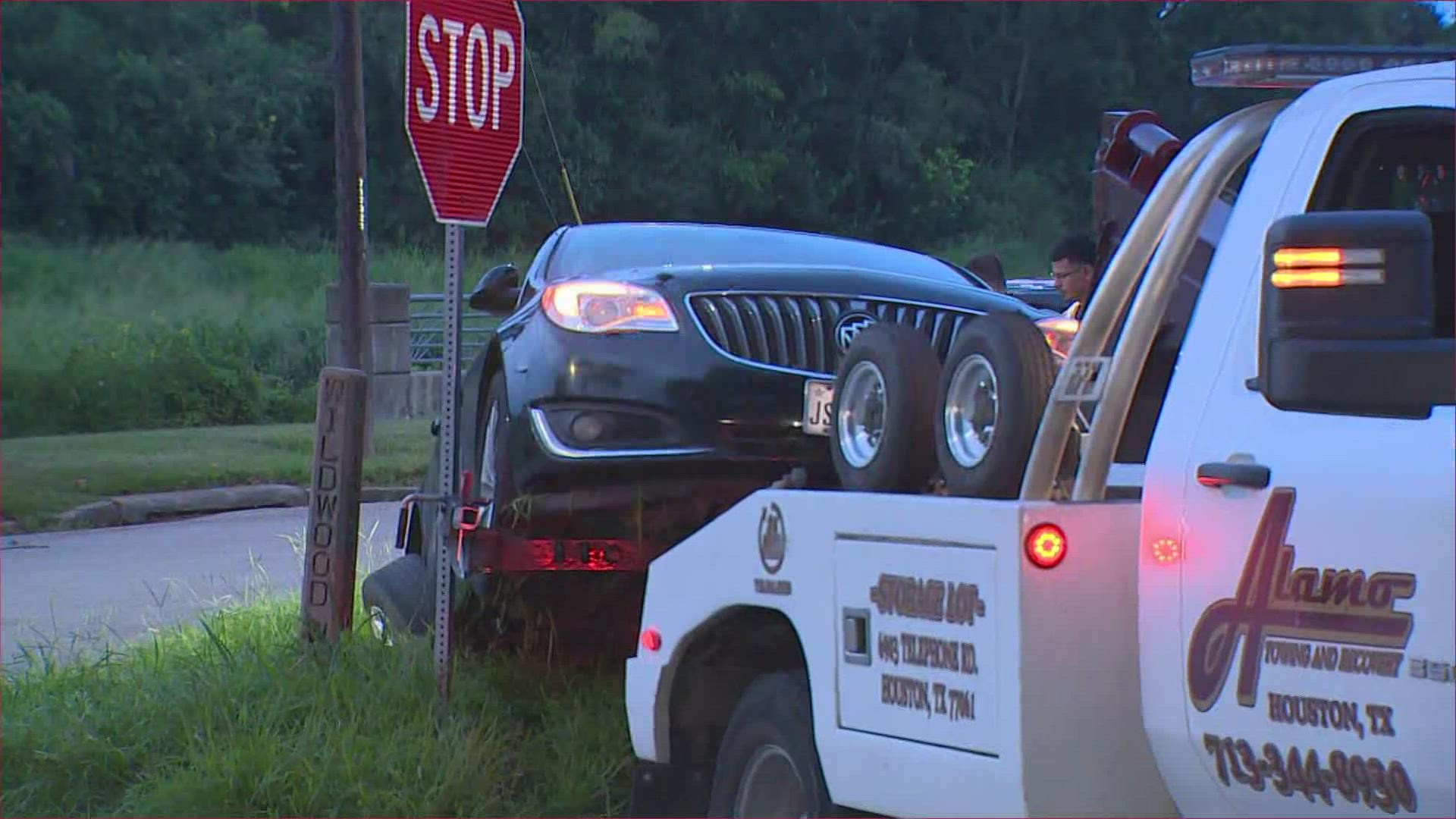 HOUSTON — A burglary alarm at a pawn shop in northwest Houston led to a lengthy pursuit early Tuesday.

The chase started on Bingle and went through downtown before ending on Wildwood on the city's southeast side.

At one point, the suspects were spotted driving their Buick in the wrong direction on streets through downtown.

Police said the chase lasted about 45 minutes, long enough for some officers to say they were nearly out of fuel. Police attempted the PIT maneuver to try and get the suspects to stop.

Three suspects in all were arrested, one at the scene of the alleged burglary and two others at the end of the pursuit.

UPDATE: This is the vehicle involved in this mornings police chase on I-45. Police say it started at a pawn shop in W. Houston where a burglary occurred. Chase lasted 45 minutes. Three suspects in custody. @KHOU #KHOU11 pic.twitter.com/lVOI0j5Axr