'For a moment, I thought I'm dead' | Houston business owner attacked with crowbar, dragged across office

Hoss Gharatappeh, 68, says he was robbed at gunpoint, beaten, and dragged across his office in southeast Houston. 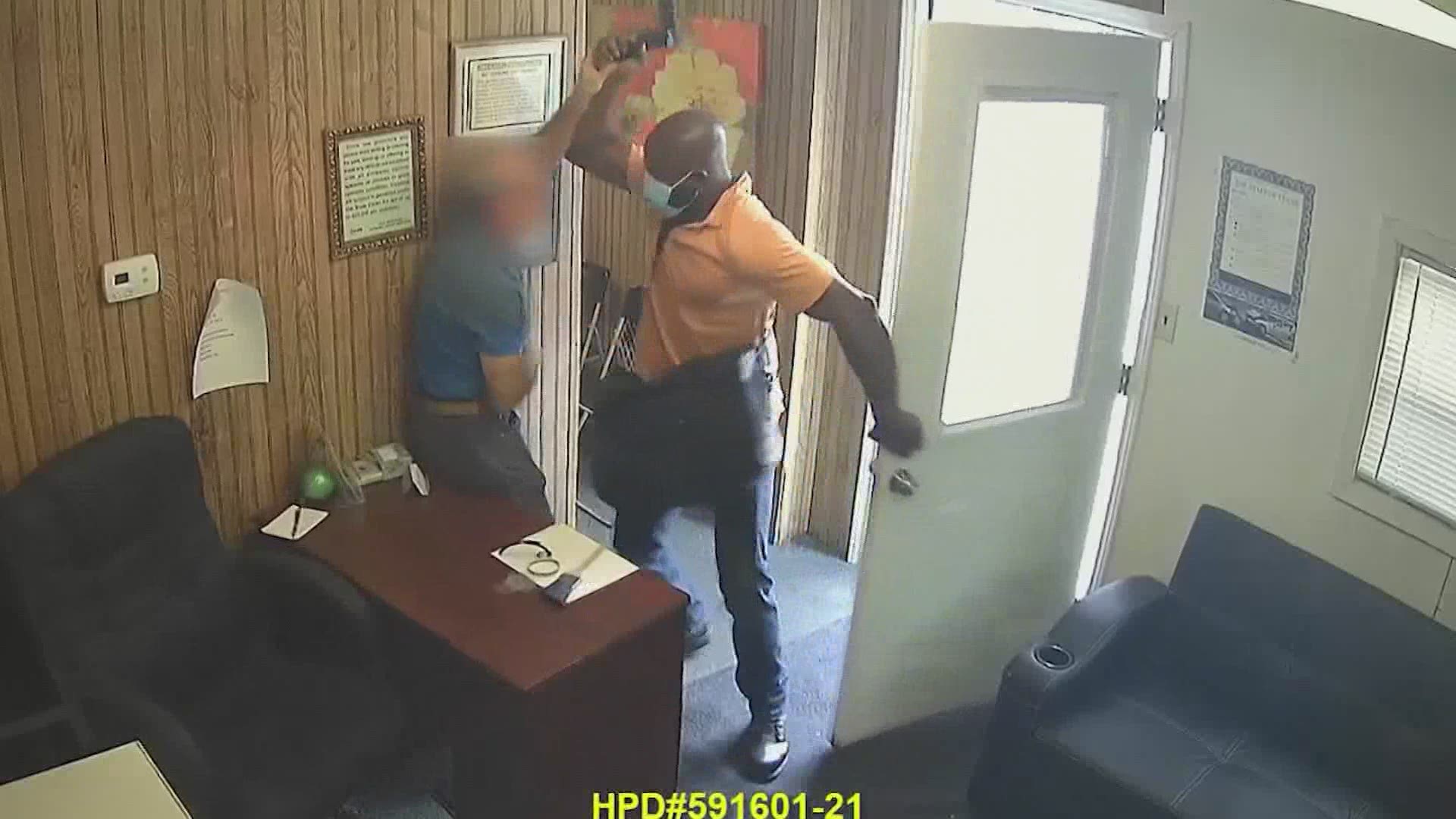 HOUSTON — The video is tough to watch, but Houston police want you to take a look at the robber who assaulted a business owner in southeast Houston earlier this week.

Hoss Gharatappeh, 68, says he was robbed at gunpoint, beaten, and dragged across his office in South Houston.

Normally, his wife works with him at the car wash and used car business, but thankfully she wasn't there at the time.

“Considering what happened to me, I consider myself blessed," Gharatappeh said.

They’ve been business owners in the area for 20 years and have had break-ins, but nothing like this.

“It was more difficult for me to watch my family go through that experience," he told KHOU11.

On Tuesday morning, May 4, Gharatappeh was in his office on Telephone Road checking email. There was a knock at the door, and he thought it was a customer. The man asked about the price of a car, but then quickly it turned.

“He reached and pulled the gun right on my head," said Gharatappeh.

From the surveillance video released by Houston Police, you can see the beating doesn’t stop there.

“He got a crowbar and started hitting me many times and I’m going like this – trying to protect my head," said Gharatappeh.

Gharatappeh was tied up, gagged and dragged across the floor, while the armed robber ransacked his office looking for cash.

After the suspect left with Gharatappeh’s wallet and cell phone, he broke free and ran next door to ask someone to call 911. Gharatappeh hopes the video will help catch the guy before he does it again.

The suspect is described as a 40 to 45-year-old Black man, standing around six feet tall and weighing around 220 pounds. He has a dark complexion, and was wearing an orange shirt, blue jeans and black square-tip boots.

There is up to a $5,000 dollar reward for information leading to an arrest. If you recognize him call Crime Stoppers at (713) 222-TIPS. Police are hoping circulating the video on social media will bring in some tips.  You can also submit tips online or through the Crime Stoppers mobile app.