A witness told police that he and the victim were visiting and drinking when an unknown person dressed all in black walked up and began firing. 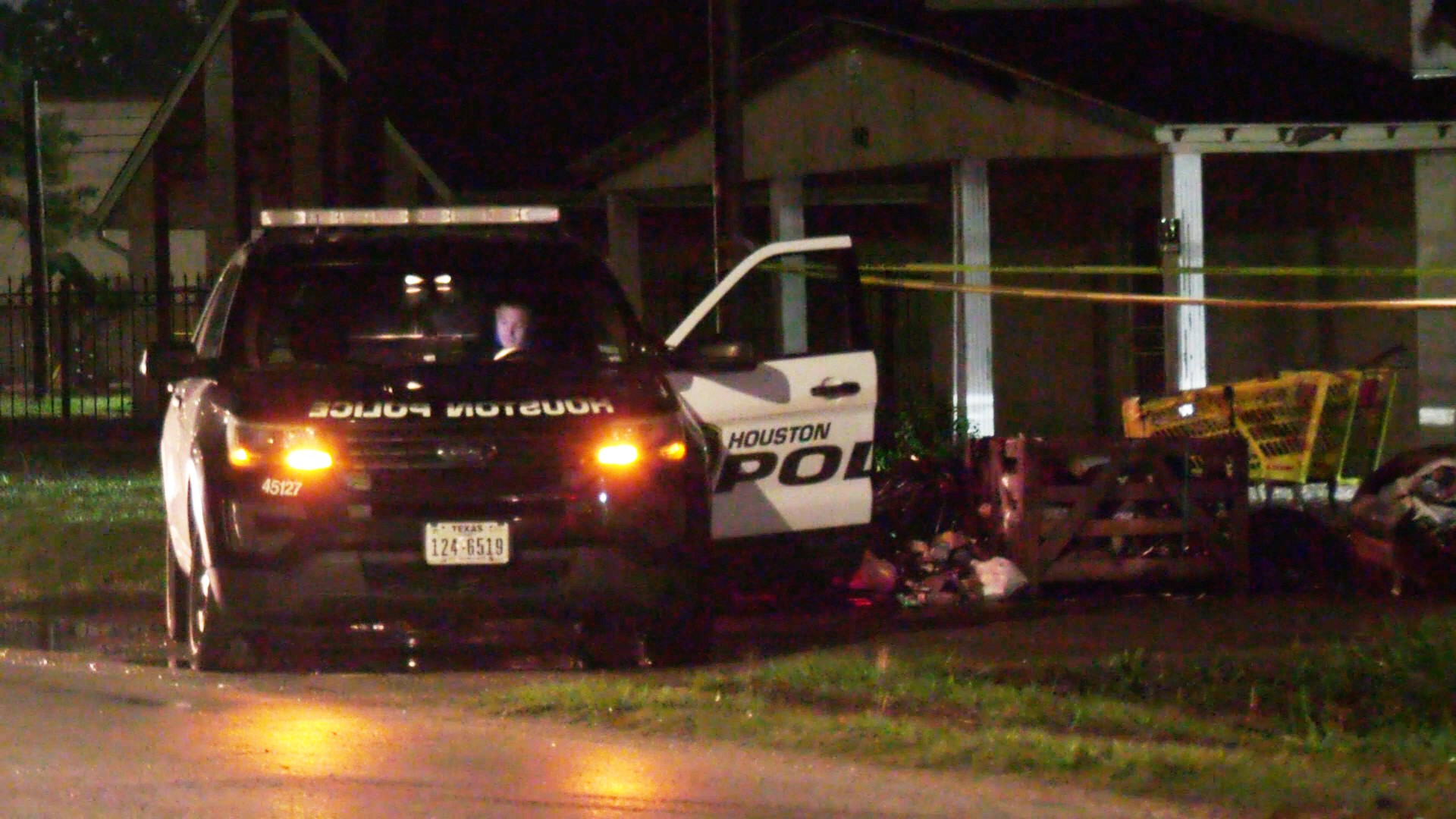 HOUSTON — Houston police have announced an arrest in the case of a murdered homeless person on the city's north side.

Sergio Gutierrez, 35, is charged with murder in the death of Salvador Arredondo, 33, according to the Houston Police Department.

Note: the video in this story is raw scene video with HPD from the night of the shooting

The shooting happened at about 11:45 p.m. Wednesday in the 9800 block of Bauman, according to Lt. R. Willkens with the Houston Police Department.

A witness told police that he and Arredondo were visiting and drinking when an unknown person dressed all in black walked up and began firing. The witness said he didn't have a phone, so he ran for help to a nearby location so he could call 911.

When police arrived, they found the victim slumped against a vacant building. He was already dead.

Officers searched over the area but could not immediately find the suspect.

Investigators were later led to Gutierrez, but they have not released a possible motive for the killing. They said Gutierrez was arrested Thursday and admitted to the killing.

Anyone with addtional information in this case is urged to contact the HPD Homicide Division at 713-308-3600 or Crime Stoppers at 713-222-TIPS.