HCSO: Driver killed during confrontation with residents upset about crime in their neighborhood

Deputies said they currently have multiple people they are questioning about the shooting. 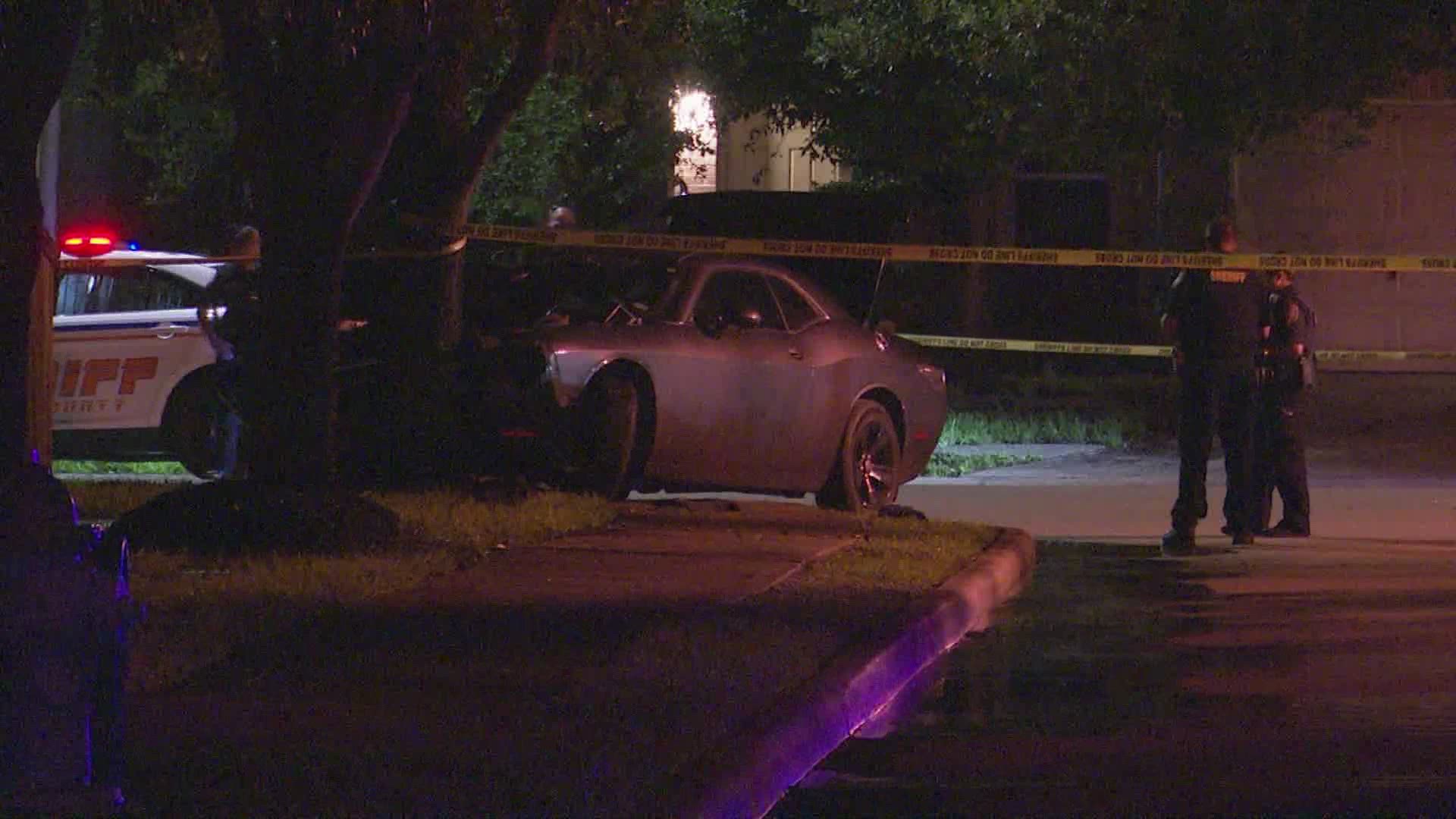 HARRIS COUNTY, Texas — A driver was shot and killed as upset neighbors confronted a person they believed was tied to a spree of tire slashings and gunfire in their northwest Harris County neighborhood early Tuesday, deputies said.

Sgt. Beall with the Harris County Sheriff’s Office said the shooting was reported after 12 a.m. in the 17100 block of Hilton Hollow, in the Westminster Village subdivision.

Beall said deputies responded to reports of an injured person in the roadway. They found a Dodge Charger that crashed into a tree. The vehicle’s driver, an adult male, was found not far away with a gunshot wound to his abdomen.

An ambulance took the man to a Life Flight helicopter, and he was then airlifted to the hospital where he later died.

Investigators learned the man was shot during an altercation with residents in the neighborhood.

Residents there said overnight they spotted multiple people they believe are connected to multiple crimes in the community, including shooting up a house twice. Tires were also slashed at least seven times as part of the ongoing disturbance.

Shots were fired as the neighbors confronted the people they believed were involved, and that’s when the driver in the Challenger was wounded. After he crashed, the driver got out to run away but collapsed.

Deputies said they currently have multiple people they are questioning about the shooting.

No charges or names have been released at this time.