At times the pursuit reached speeds over 100 mph, police said. 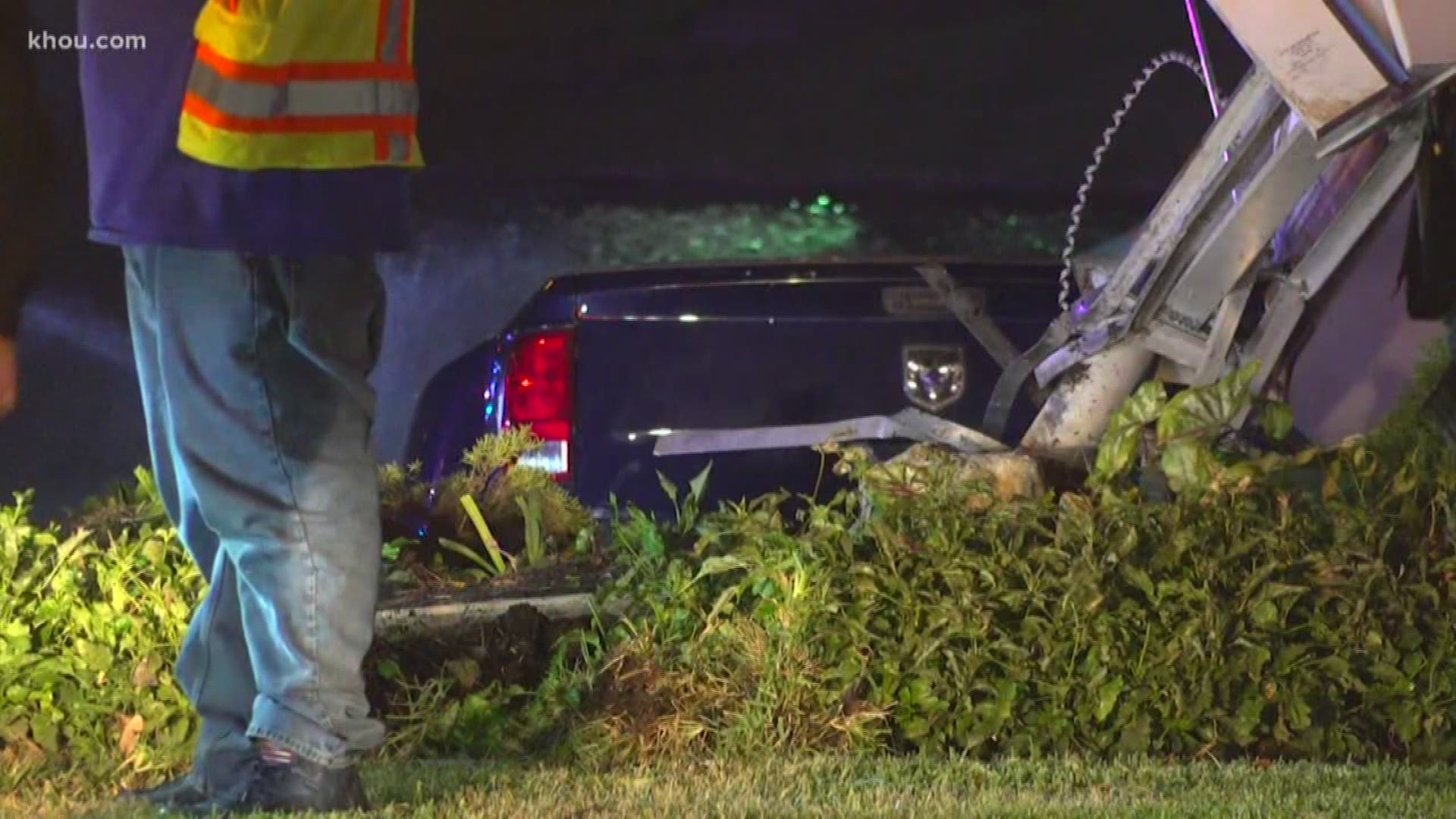 HOUSTON — A suspect in a stolen dually pickup eventually crashed it into a retention pond at the end of a high-speed chase, Houston police said Thursday.

> We'll have live updates on this story throughout the morning on #HTownRush - watch KHOU 11 starting at 4:30 a.m.

The chase started on 290 near Mangum when a patrol sergeant spotted a large Dodge pickup that was earlier reported as stolen. Police tried to stop the driver, but he allegedly refused to pull over.

The suspect went from 290 to I-10 the Katy Freeway. The driver went toward Lockwood where he exited and u-turned, heading back to Kirkwood.

At times the pursuit reached speeds over 100 mph, police said.

Eventually the suspect exited the freeway and lost control, crashing into a pond and fountain. The suspect was then taken into custody.

Police said the man faces charges of unauthorized use of a motor vehicle and felony evading. His name has not been released.

He was taken to the hospital to get checked out following the crash.