Police said the suspect wouldn't stop after running a red light. They later found he had a warrant out for his arrest. 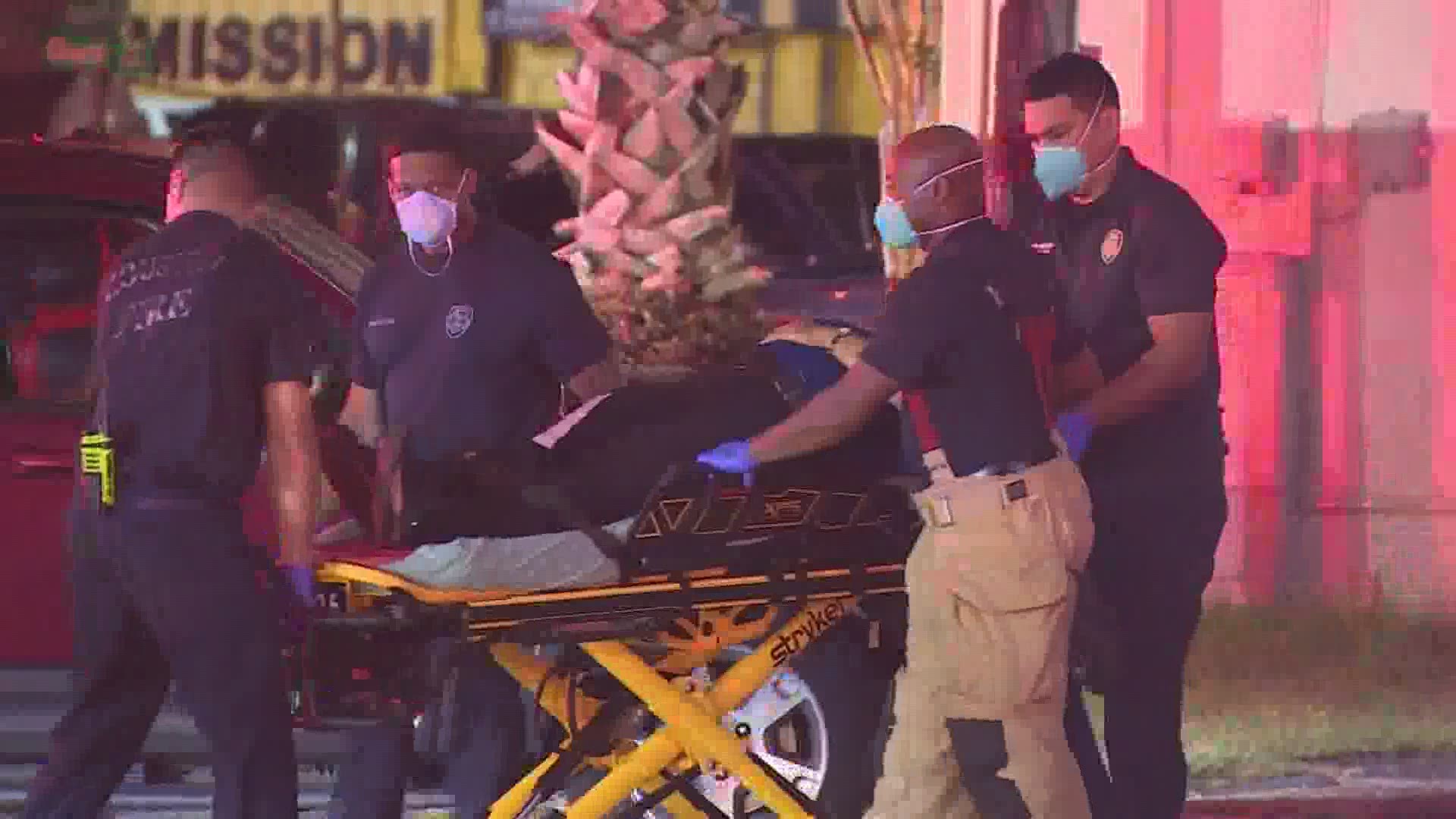 HOUSTON — A chase in southeast Houston ended in a crash with at least one innocent driver early Tuesday.

Houston TranStar cameras captured part of the pursuit, which lasted about 20 minutes.

It was just after 4 a.m. when a driver in a small SUV led officers on the pursuit on I-45, the Gulf Freeway. The suspect exited the freeway to the frontage road and then collided with at least one other vehicle in the northbound lanes at Broadway.

Two HFD ambulances were called to the scene, taking a woman away from the vehicle that was hit by the suspect. The 45-year-old is expected to be okay.

KHOU 11’s Michelle Choi reported the suspect was taken into custody after trying to run away following the crash.

Police said they tried to stop the suspect after he allegedly ran a red light. There were warrants out for his arrest, police said. 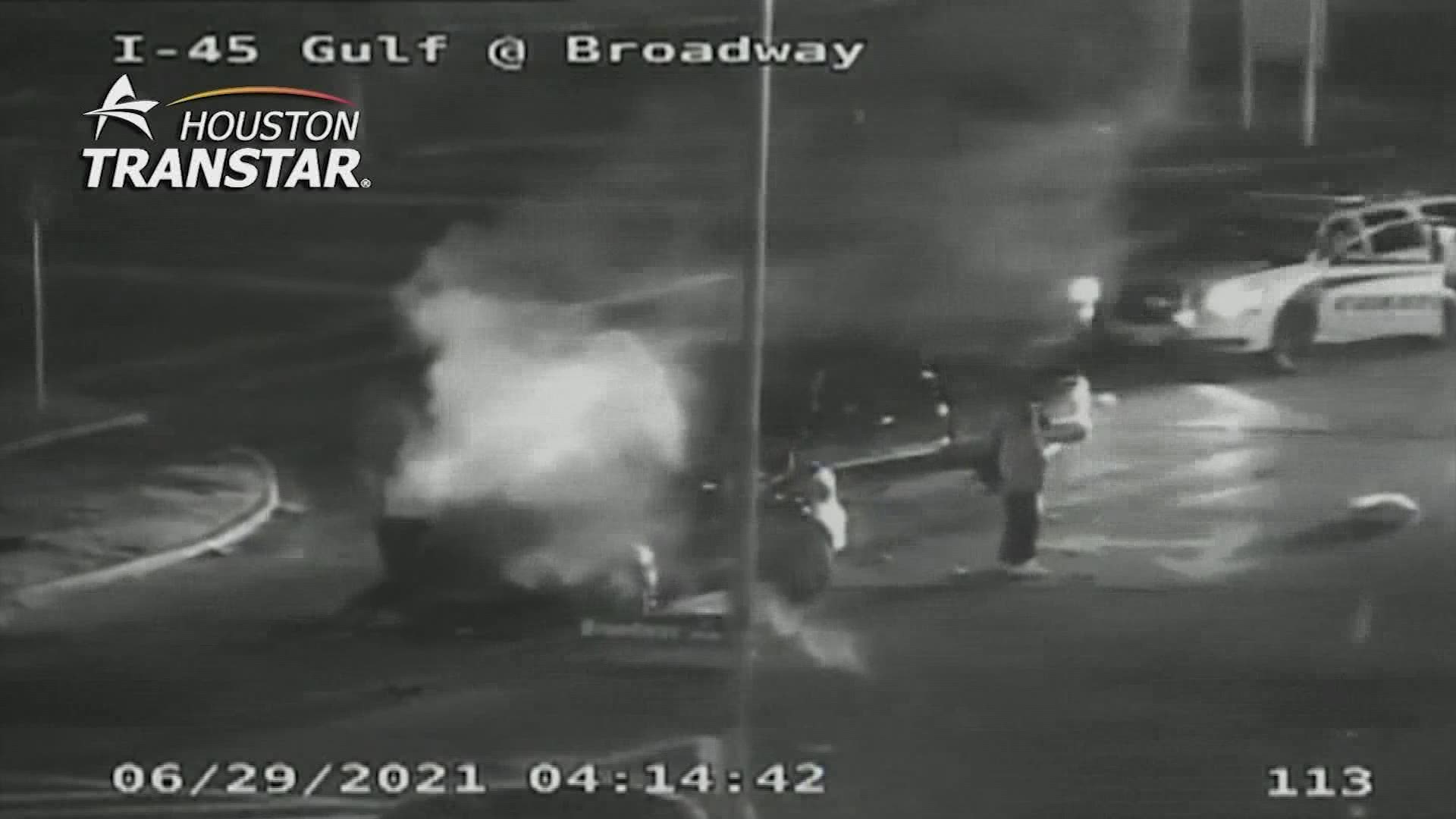