'It's horrifying': Woman, dog dragged several feet by vehicle after purse-snatching in Heights

Houston police are looking for the public's help identifying the suspect who grabbed the purse of a woman walking her dog on Studewood, and nearly killed them both. 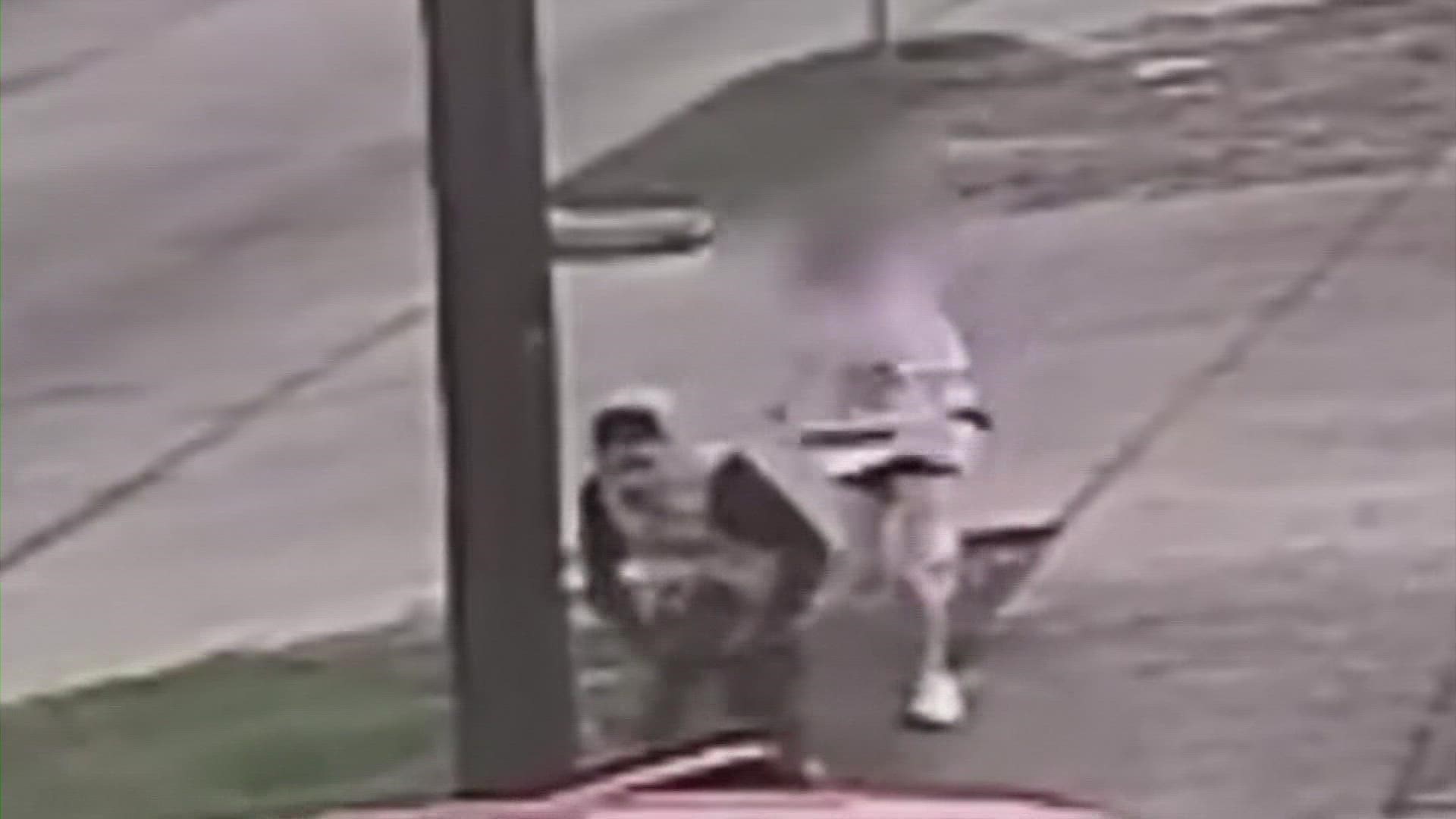 HOUSTON — Shocking surveillance video has been released of a woman and her dog who were dragged by a vehicle in the Heights last month after a suspect snatched her purse.

Houston police released the video with hopes someone might recognize the robbery suspects and/or vehicle involved in this terrifying crime.

WARNING: Some may find the surveillance video in this story disturbing.

This happened on September 25 at around 7:15 p.m. in the 900 block of Studewood, one of the busiest streets in the Heights.

The video shows the victim walking her Dalmatian across Omar when a red four-door Chevrolet HHR pulled out from the Valero gas station and stopped in the middle of the street behind her.

The robber jumped out of the passenger side, pointed a gun at the woman and demanded her purse, police said.

The woman could be heard screaming for help. In the video, you can also hear people yelling at the suspect and cars honking.

The suspect got back in the car, but the woman ran after him and got caught in the passenger-side door when she tried to get her purse back. She was still holding onto the dog's leash and both were dragged several feet on Studewood. The suspect then pushed the woman into the street as the driver sped away.

"It’s horrifying, it’s horrifying,” said Cindy Funderburke as she walked Tulip the dog along the same block on Monday. "What it brings home again for all of us is that situational awareness is the most important thing when you’re out walking.”

Several bystanders rushed to help the victim and her dog get out of traffic and then waited with them until emergency crews arrived.

The woman was treated for a broken arm and other injuries.

Victim, who asked not to be identified, said she hopes the video helps catch the suspects. Her dog walked away with only a few scrapes on her paws.

"They could’ve been killed," said Funderburke. "That person didn’t care about her at all.”

Police said the robbery suspect is thin. He was wearing black pants and a multicolored jacket at the time of the purse-snatching. No description is available of the driver.

Police need tips to bring the suspects' involved into custody. If you have any information related to this investigation, call Crime Stoppers at 713-222-8477(TIPS). Information leading to the charging and/or arrest of any felony suspects may result in a cash payment up to $5,000. You can also submit tips online or through the Crime Stoppers mobile app.