Sheriff Ed Gonzalez has identified Joana Vara, 20, as the suspected shooter. She has been charged with aggravated assault. 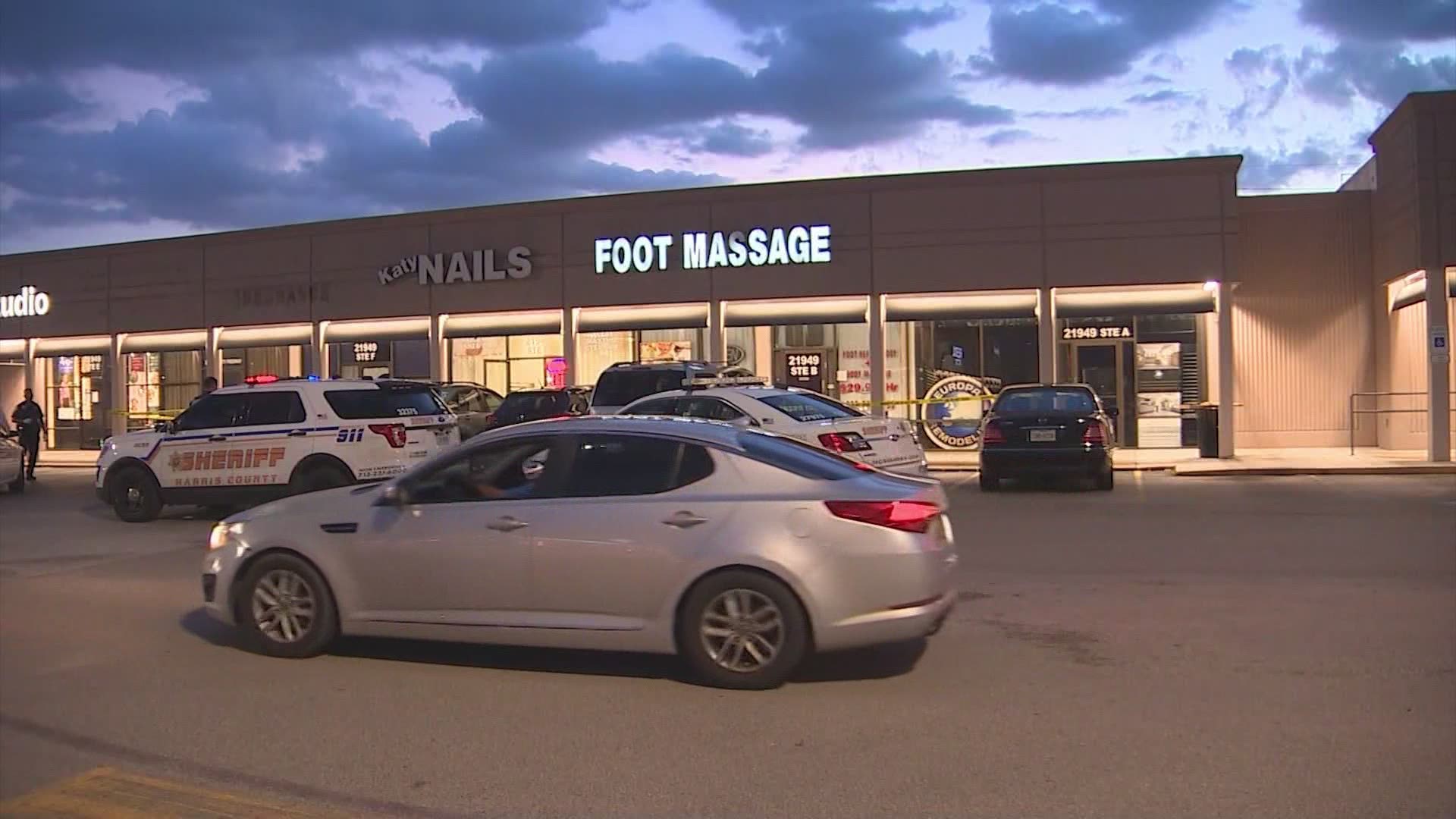 HARRIS COUNTY, Texas — Two sisters believed to be involved in a nail salon shooting near the Katy area last month have been arrested, according to the Harris County Sheriff's Office.

Sheriff Ed Gonzalez has identified Joana Vara, 21, as the suspected shooter and she has been charged with aggravated assault. She has been booked into the Harris County Jail.

Joanna Vara was taken arrested without incident on June 3, almost a week after the alleged shooting.

On the same day, HCSO also arrested her sister Quetzali Vara, 20. She was charged with evading arrest during a traffic stop, deputies said. Quetzali was not charged in the nail salon aggravated assault.

EDITOR'S NOTE: The video above is from the initial report of the shooting on May 29.

HCSO responded to reports of shots fired on May 29 at a nail salon in the 21900 block of the Katy Freeway.

When deputies arrived at the scene, they found the 42-year-old store owner had been shot by a woman who had already left the store.

The suspected shooter has been identified as Joana Vara (20). Vara has been charged with Aggravated Assault and has been booked in the Harris County Jail. Excellent work by our investigators. #HouNews https://t.co/SvviU2a5NX

Investigators said two women entered the store and were given a manicure and pedicure. Both were unhappy with the price of the services and were arguing with the owner.

HCSO said Joana Vara paid and then left the salon, but Quetzali Vara started to argue with the store owner.

Joana Vara is accused of coming back and then arguing with the owner. Investigators said the owner tried to push the women out of the store. And that's when Joana Vara allegedly shot the owner with a handgun. Both women drove away in a burnt orange colored Ford Fusion, deputies said.

Investigators said they recovered the suspect’s phone at the scene.

The victim was transported a local hospital via Life Flight in critical but stable condition.