HCSO responded to the couple's home after getting a call from their teenage son who was upstairs at the time. 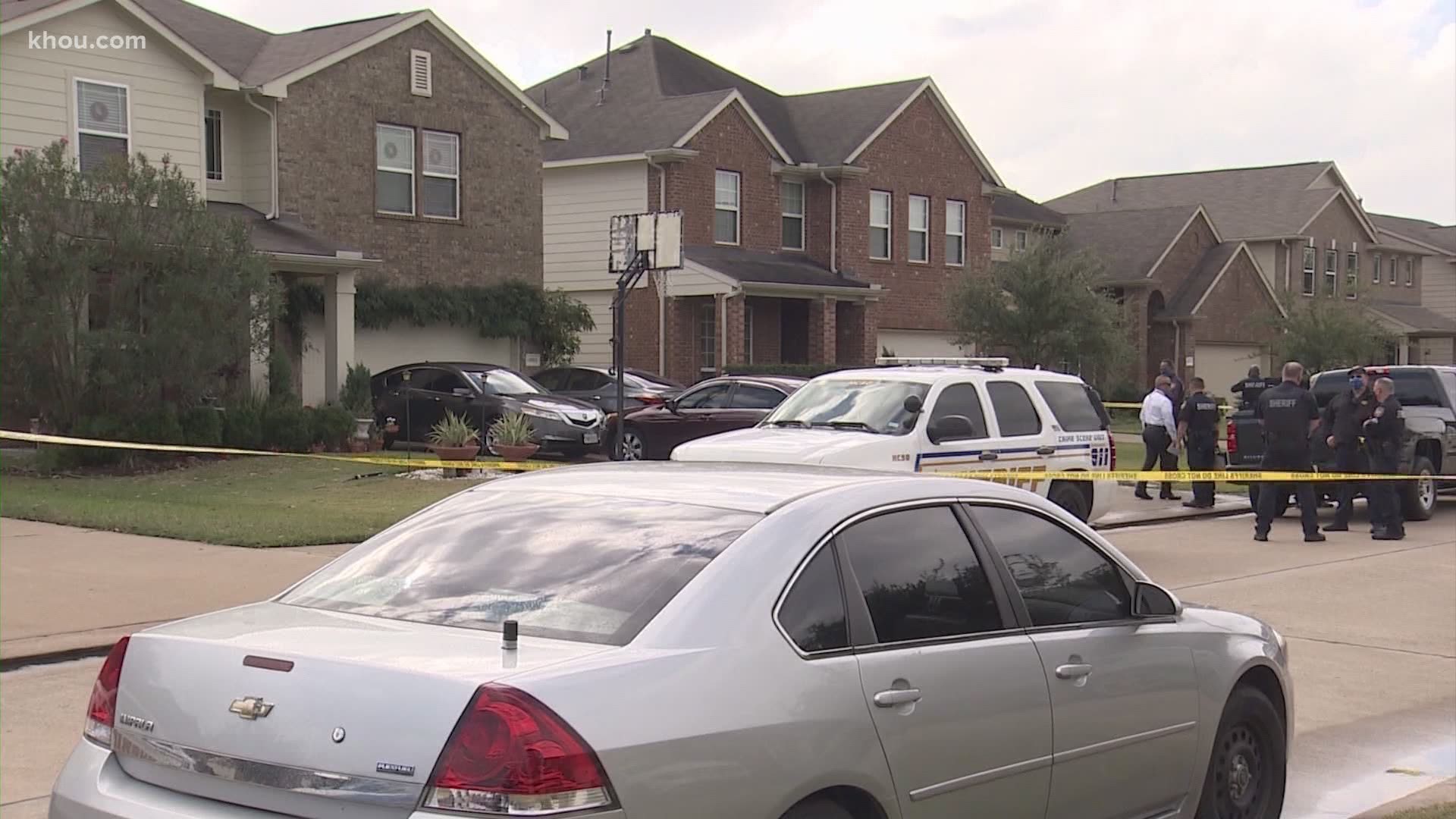 HARRIS COUNTY, Texas — A married couple was found dead at a home Wednesday in what officers believe to be a tragic case of domestic violence, the Harris County Sheriff's Office confirmed.

HCSO got a call from the man and woman's 16-year-old son who reportedly heard gunshots before finding his parents critically injured downstairs in the kitchen.

Homicide investigators and PIO are en route to a home in the 19500 block of Little Pine Ln, where a man and woman have died from apparent gunshot wounds. Updates will be given from the scene. #hounews pic.twitter.com/wcwOK5Q4mV

Emergency crews responded to the family's home in the 9500 block of Little Pine Lane, and the couple was pronounced dead by the time officers arrived.

They believe the man shot his wife before turning the pistol on himself. Sheriff Ed Gonzalez described the victims as a married couple in their 40s.

The sheriff said the couple had had marital issues for quite some time, but it had never escalated to this level of violence.

The couple's older son, who wasn't at the house at the time, said his father sent him a text telling him to take care of his brother earlier.

Gonzalez said several emergency calls had been made to the house in the past, but as far as investigators know, none were related to domestic violence.