HCSO: Man dies after being shot during domestic disturbance in Humble area

The Harris County Sheriff’s Office said two young children were inside the apartment when the shooting happened, but they were unharmed. 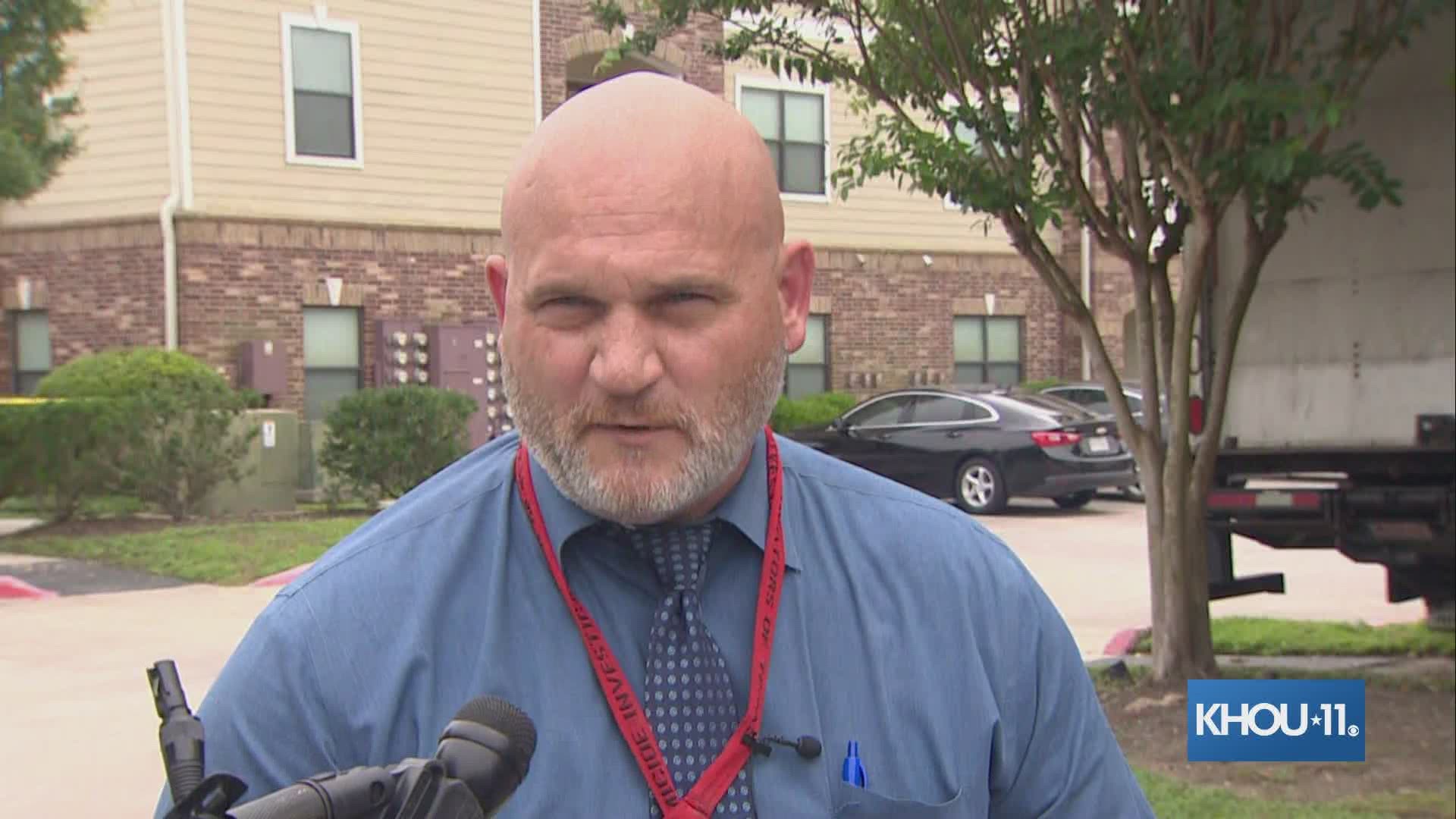 HARRIS COUNTY, Texas — A man is dead, and another has been detained following what deputies are calling a domestic violence homicide at an Humble-area apartment complex.

The Harris County Sheriff’s Office said two young children were inside the apartment when the shooting happened, but they were unharmed.

Deputies said it all started when they received a call just after 12:30 p.m. from the leasing office of an apartment complex located in the 7800 block of North Sam Houston Parkway.

The caller reported an ongoing disturbance they could hear between a man and a woman in one of their units.

While deputies were heading to the scene, gunfire could be heard coming from the second-floor apartment. When deputies arrived, they found a man with at least one gunshot wound in the doorway of the apartment.

Deputies and EMS tried to help him but he was pronounced dead at the scene.

Investigators said they detained another man who was trying to leave the scene who, they say,l also lives at the apartment where the shooting took place. He is the father of the two children in the apartment

Investigators said they are still interviewing him and the mother of the children who was also there.

@HCSOTexas units are at the scene of a fatal shooting at the 7800 blk of North Sam Houston Pkwy, in the Humble area. Preliminary info: two individuals possibly involved in a disturbance, with both parties possibly discharging firearms. One adult male is deceased at the scene. pic.twitter.com/c6N6PdQB6u