CYPRESS, Texas – A New Year's Eve party goer in Cypress became one of the first people killed in 2017 in Harris County, and investigators are trying to figure out if the man who shot him was justified. 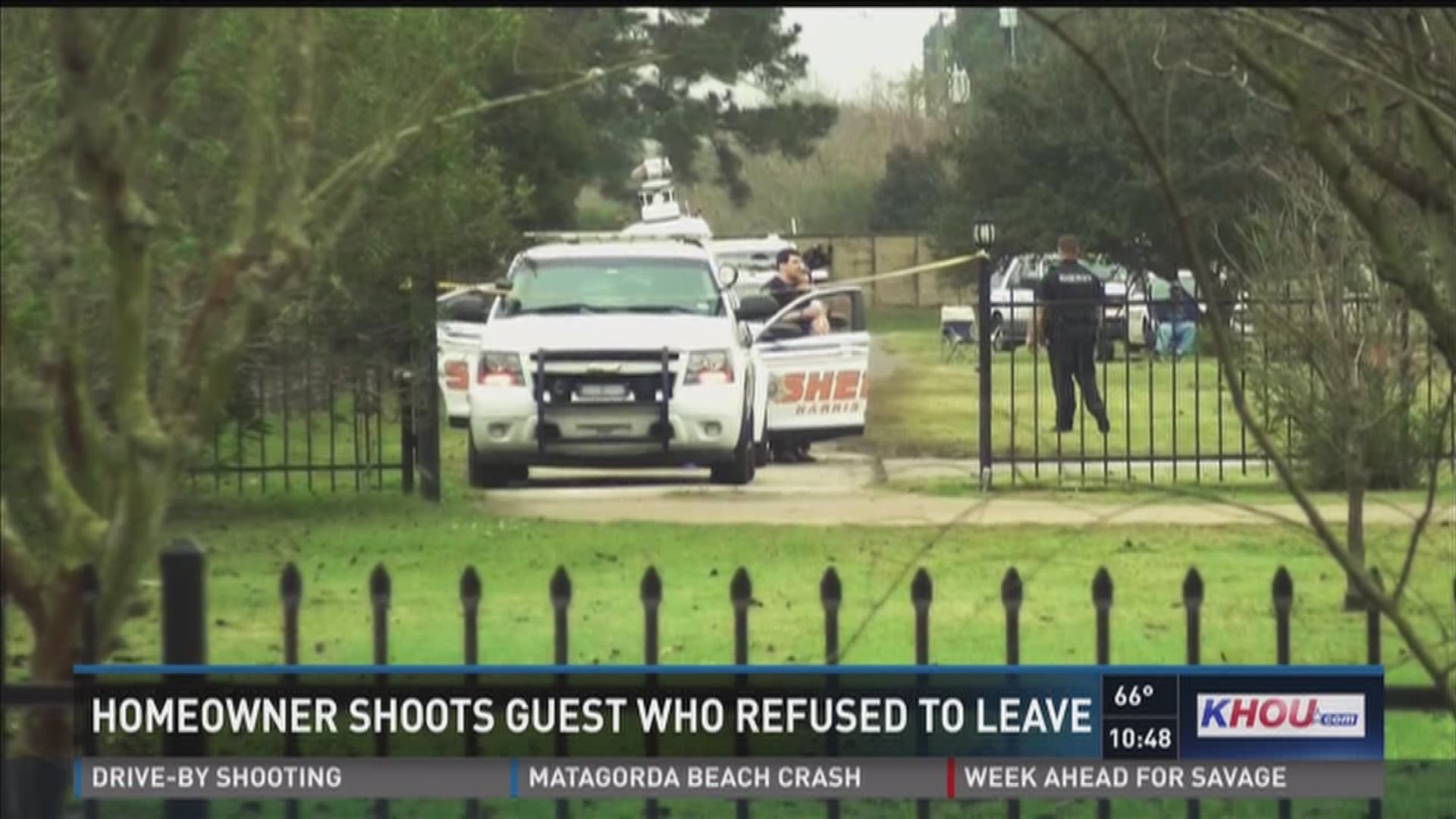 CYPRESS, Texas – A New Year’s Eve party goer in Cypress became one of the first people killed in 2017 in Harris County, and investigators are trying to figure out if the man who shot him was justified.

It happened just after 3:30 a.m. at 14500 block of Dry Creek Drive, located in an exclusive gated community that also serves as a private airport.

Many of the homeowners have small planes and hangers located right on their properties.

Neighbors told KHOU 11 News that the community offers a “tranquil” lifestyle away from big city crime.

“It’s normally quiet. You never hear anything, especially from those people,” said neighbor Steve Jones. “There were a lot of kids playing outside with sparklers. There was music and lots of cars.”

Witnesses say the man shot and killed was among an estimated 200 attendees at the invite only party.

The 48-year-old homeowner told deputies it was his son who was hosting the party and that everything was under control.

The homeowner claims it took a turn when a drunk guest refused to leave.

According to that homeowner, the guest began fighting with him, and he had no other choice but shoot.

The wounded guest was pronounced dead on scene.

“I’m just surprised their party led to that to be honest with you. They always seem like nice people. Most of the time, their parties are under control. The loudest thing they’ve got is their vehicles,” explained neighbor Zach Mikulec.

Harris County Sheriff’s Office investigators have collected statements from dozens of people who came to celebrate and ended up witnesses to the killing.

Deputies said the homeowner who shot the guest has given a detailed statement and has been cooperative.

It will not be up to a grand jury to determine if he will face charges.

The guest who was shot and killed has not been identified.